"The Last Things He Saw" by Steve Brodner

Steve Brodner on his blog. 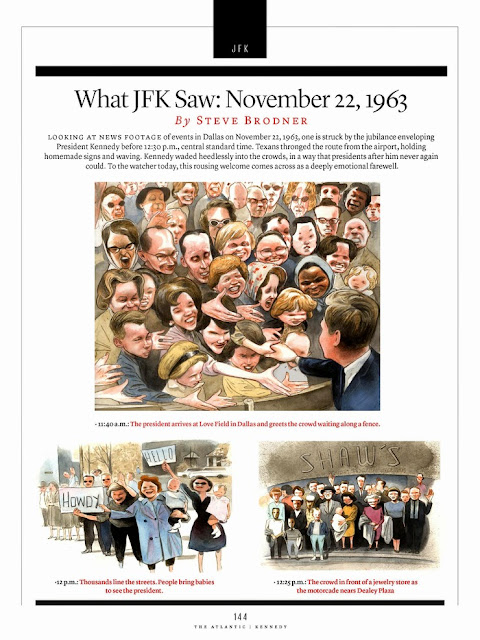 We are having group flashbacks this week as those of us who were here (and those who feel as though they were) 50 years ago relive and reassess the Kennedy years by way of a horrible public anniversary. Thinking about him and our world I am struck by how radically different we are now. Somewhere along the way we changed from accepting the challenge of sacrifice, as expressed in, “Ask not what your country can do for you. Ask what you can do for your country.”

Our ethos since that time became more like: “I’ve got mine, screw you.” It’s all about me, alone, grasping, fighting, screwing others if necessary to get . . . more. The corporate raiders had invaded from within. And the Kennedy Peace Corps - LBJ Great Society ethos was the first to go. We struggle to stay grounded. We see the results of neglect: unregulated Wall Street driving the world economy into the ground, the flooding of money, corrupting our elections, economic inequality. Climate denial in spite of all evidence, Katrina, Sandy, the weather just tonight in the mid west.

And yet we can look back and still see JFK on that day in Dallas, bathed in sunshine with thousands of well wishers, giving him a wonderful reception. Until 12:30 Central Time.
I think he would say to us now that the chance is still in our grasp to make this country strong, sustainable and fair. That it is not too late.

This series done for the backpage of the Special JFK edition of The Atlantic.
The Last Things He Saw.
Thanks to Darhil Crooks, AD and James Bennett, Ed. - 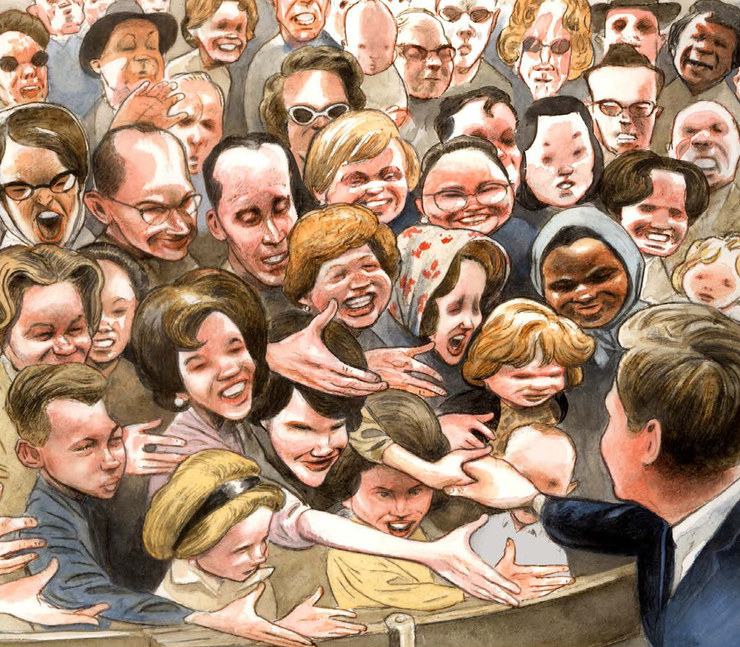 JFK arrives at Love Field, 11:40 am. He spontaneously wades into a crowd. The last time we will see a president do that. I was struck by the expressions on the faces. And the hands. 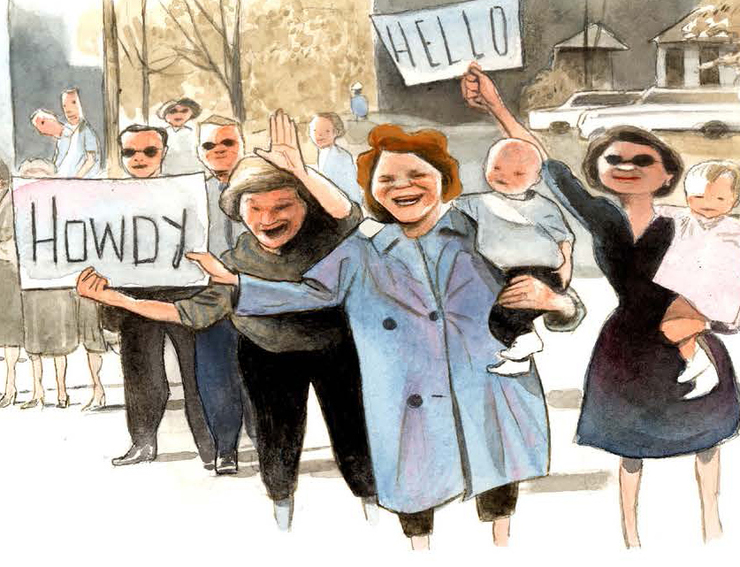 On route to the Dallas Trade Mart. People are pouring out of homes and buildings, holding babies, home-made signs. 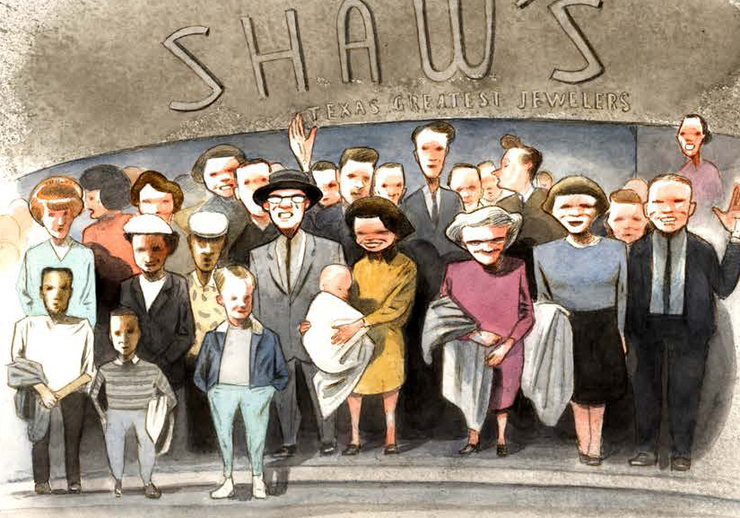 Turning the corner toward Dealey Plaza, the crowds are still heavy. This scene, a few moments before the shots rang out. In front of Shaw’s Jewelers. Shoppers, workers, passersby. One of the last things he saw.

Walter Cronkite announces death of JFK on YouTube.
Published by Bado at 6:21 AM