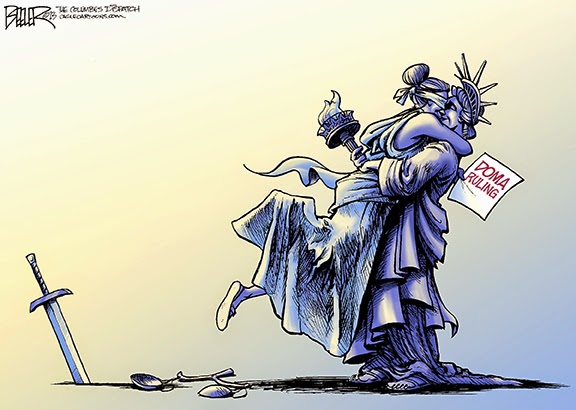 The Columbus Dispatch editorial cartoonist Nate Beeler was named this year’s John Fischetti award winner for 2014. The award is unique in that it is based on one single cartoon. Nate’s cartoon depicted the Statue of Liberty and Lady Justice in a joyful kiss after the Supreme Court ruled on the Defense of Marriage Act.

From the press release, Nate is quoted:

“On the day of the Supreme Court’s ruling on the Defense of Marriage Act, I felt it was not a moment to be droll or cynical. I wanted to simultaneously depict and celebrate the happiness experienced by same-sex couples and their supporters across the country. The court’s decision righted an injustice and was an affirmation of both dignity and freedom, which made Lady Justice and Lady Liberty logical icons to use in the cartoon. I hoped showing them rejoicing in a loving embrace would be an image that resonated with readers, and gratifyingly, the response to the cartoon has been tremendous.”

"The backstory behind the uplifting DOMA cartoon" in Comic Riffs.

The Fischetti awarded honorable mentions to Steve Breen of the San Diego Union-Tribune (for his artwork about NSA spying)... 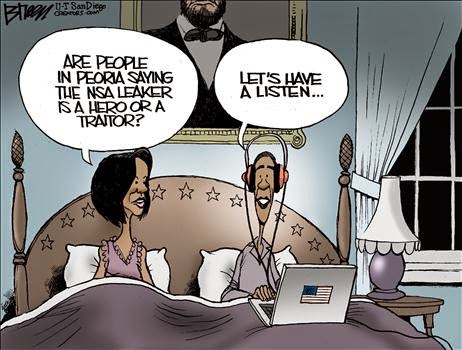 ...and the Miami Herald’s Jim Morin (for a cartoon captioned, “Path to citizenship”). 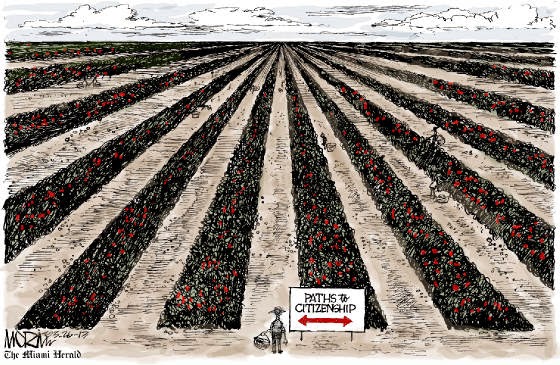