A cartoon by Jerry Holbert that ran yesterday in the Boston Herald has people speechless and wondering how it even made it into the paper. Here’s the cartoon as it ran in the Herald (online and print).
A less offensive version has been posted on GoComics (and I assume the one sent out to his syndicate subscribers: 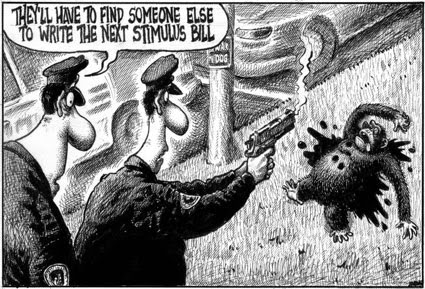