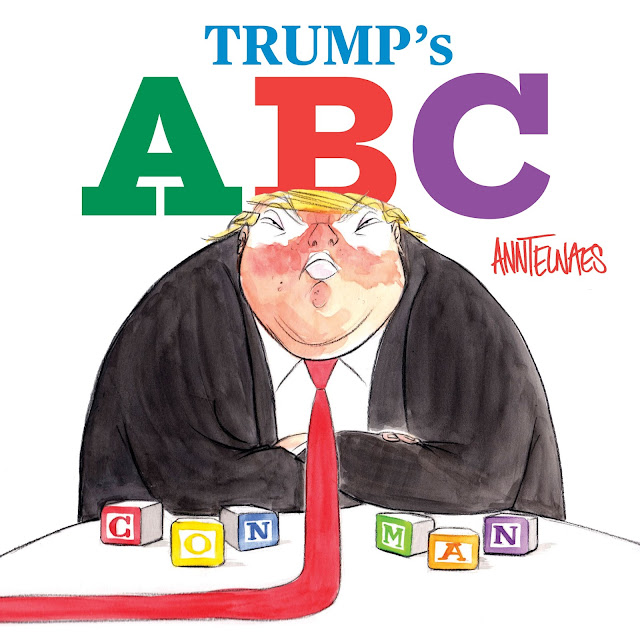 Indeed, from the Clinton years on, no administration has been spared her fierce pen line and fiery indignation.

One Clinton, two Bushes, and an Obama were mere warm-ups for a President who is truly worthy of her excoriating satirical skills.

The election of Donald Trump has inspired Telnaes to create a fitting response, her first original book — Trump’s A B C, a children’s board book for adults that chronicles the high points (or low points, if there’s a difference) of Donald Trump’s first six months in office. 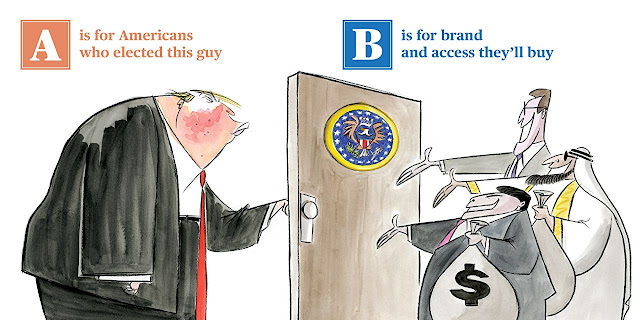 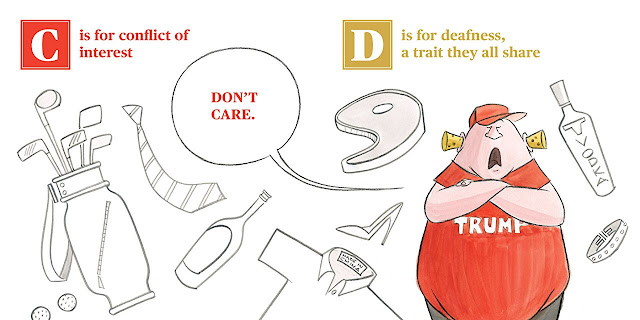 Written in a sing-songy rhyme and drawn in her beguilingly impeccable ink line, each page is a miniature critique and exposé of Donald Trump and his janissaries, poltroons, and dissemblers, illustrating his public policies, his personal defects, his ethical dysfunction, and the consequences of his Presidency on the lives of Americans — in a format that is cleverly designed to reflect the commander-in-chief’s attention span and mental level.