From Down the Tubes. 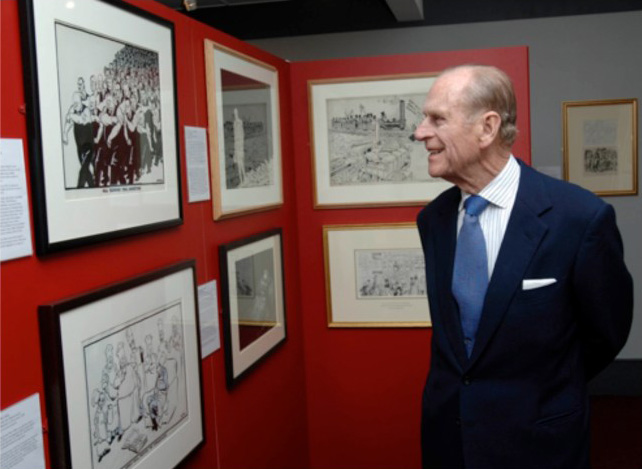 Prince Philip, the Duke of Edinburgh has been an enthusiastic Patron of The Cartoon Museum in London for over 20 years and his death has been greeted with sorrow.


In 1949 Prince Philip and the young Princess Elizabeth attended the Royal Society of Arts and listened to a speech by the great British cartoonist H. M. Bateman, calling for a national museum of cartoons.
Over the years since the Prince gave the museum continuous support and, with his great love of humour, he admired the genre of British cartooning.
In 1994, he opened the museum’s exhibition on Carl Giles, who drew for the Daily and Sunday Express from 1943 – 1991.
The Duke of Edinburgh owned several Giles cartoons in his private collection, and was his favourite cartoonist. He admired his social observations, gentle humour, and depictions of the Royal Family. 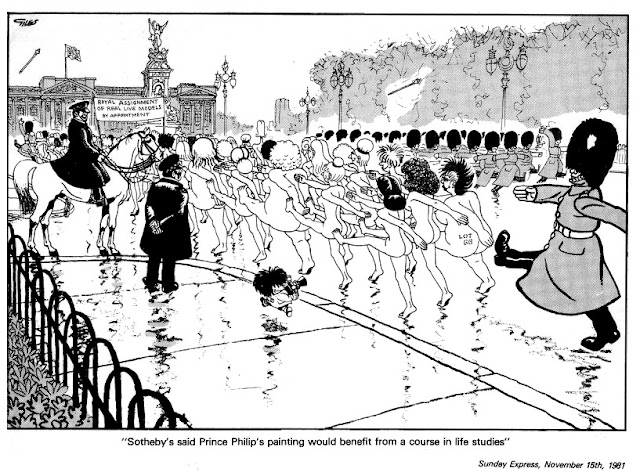 The monarchy have been a persistent (and easy) target of cartoonists and caricaturists for 300 years, from Gillray and Beerbohm to Scarfe, Bell, Rowson and Peter Brookes – but the Duke of Edinburgh could always see the funny side in any situation, and took humorous depictions of himself in his stride.
In 2002, Prince Philip opened an exhibition of cartoons on the Kings and Queens (300 Years of Cartoons about the Monarchy), and in 2006 he opened London’s first museum of cartoons.
Published by Bado at 4:04 PM