Tomi Ungerer got famous from his children's books in the '60s, but then fell into scandal. A new documentary finds out what happened when he left the spotlight. 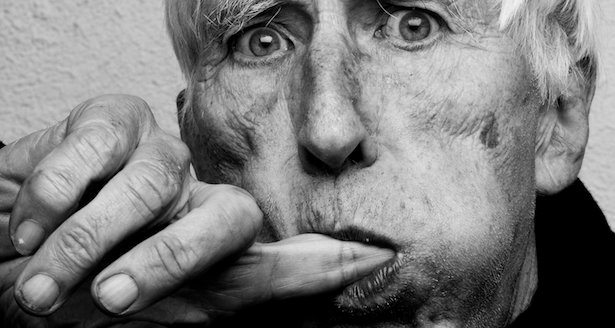 Tomi Ungerer is a genius. Or at least Maurice Sendak thought so: Without Ungerer, Sendak is shown saying in a new documentary, there could be no Where the Wild Things Are. One of America's most prolific and inventive advertising, editorial and children's book author/illustrators, Ungerer busted taboos in the '60s and forced the children's publishing establishment to accept otherwise unconventional characters as protagonists, like Crictor, a boa constrictor. No one had ever dared to make a kids book about a snake before.

Of course, breaking taboos rarely leads to an easy career, even for a genius.

Bernstein, a Miami-based television documentary producer and co-founder of Corner of the Cave Media (a title ripped from a line in Ungerer's book The Three Robbers), spent four years on the Ungerer film after he read a 2008 New York Times article by Randy Kennedy provocatively titled, "Watch the Children, That Subversive Is Back."

"Randy's words literally jumped off the page, almost like a revelation," Bernstein told me. "The combination of Tomi being such a rich character and the fact that his personal story so uniquely weaved into the seminal events of the 20th century was pretty striking. He recorded the times by capturing it all in such a visually vivid way." 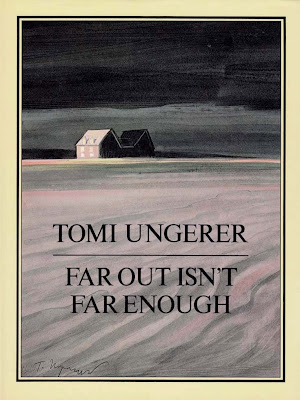 Ungerer, it turns out, did not actually disappear. After he couldn't sell another children's book, he bought a farm in Nova Scotia and wrote and illustrated a book about his experiences. He then moved back to his native Alsace region of France, where a museum devoted to his work was opened, and wrote a harrowing autobiography about growing up under Nazi occupation. In the '70s, he moved to Ireland. All the while, he continued to produce books, drawings, and exhibitions. In June 2011 the exhibition "Tomi Ungerer: Chronicler of the Absurd," opened at the Eric Carle Museum of Picture Book Art in Amherst, Massachusetts. But he did disappear from New York, where he dominated the media for 10 years through his advertisements, books, and editorial art. 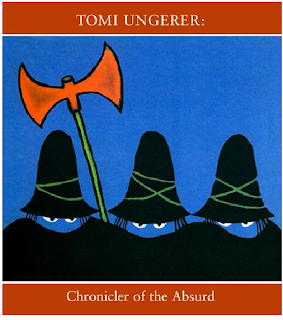 "If you poll 20 people on the street where our office is in Miami asking them if they've heard of Tomi Ungerer, 19 of them wouldn't have a clue what you're talking about, and one of them would faintly remember hearing the name," Bernstein says. "But when Maurice Sendak told me [on-camera] that Where The Wild Things Are would probably never have happened had it not been for Tomi, I think that speaks for itself. How come the majority of people from my generation can't even pronounce his name, let alone know who he is?"

To tell the story, Bernstein looked for funding but found it virtually impossible to find. So almost everyone who worked on the film worked on spec, and the material costs were covered by grants, investments, and Kickstarter. Ultimately, he raised more than $85,000.

Excerpts from 40-plus hours of interviews with the Ungerer, now 81, are central to the film. Also featured are Maurice Sendak, Jules Feiffer, librarians, children's authors, and even me. Ungerer is a man of many chapters: "The truth is we didn't even cover all of them," Bernstein says. "The goal was to do justice to the stages of his life and career and to keep moving onward." In fact, there is a lot on the cutting-room floor. "We could package Maurice's interview as a stand-alone DVD and we'd probably have a 98-minute film," he says.

Although Ungerer is guilelessly critical of himself, the film is not. "We knew this would ultimately be the central criticism," Bernstein says, regarding the omission of anyone who attacked Ungerer back in the day. "He's outlived most of the people who were writing for major papers back then, [and] the ones who are still alive—some of the librarians I reached out to, for instance—were reluctant to go on-camera. We did, however, try to show all sides of Tomi and let the viewer come to their own conclusions. He's a polarizing figure and we didn't consciously leave anything out of the film that would have made him look worse than he already does, at times."

A special treat, however, is seeing Ungerer's work animated by Brandon Dumlao. Ungerer's expressively minimalist, often wickedly comic brush and pencil work lends itself well to movement. He drew the people and places and events of his time, from Adolf Hitler as a boy to the American napalm bombing during the Vietnam war. "Just as you would cover a segment with archival footage, we wanted to animate his art and use that as our archival instead, or in addition to," Bernstein says. "Tomi is an artist who is very particular, so we took great care not to change the colors or lines or intent of his originals."

Recently, Far Out Isn't Far Enough: The Tomi Ungerer Story was selected to be screened at the Toronto International Film Festival. The goal now is to get into a few other festivals and then have a theatrical run in North America. The French theatrical premiere is set for December 19th.

The movie's worth seeing if for no other reason than that all these years after his heyday, Ungerer remains provocative. Take this comment in the film: "I have the full respect of a piece of paper, which I then will rape with my drawing or my writing." But Bernstein says that behind it all, the film reveals he is still the nine-year-old Alsatian kid who stood on a cobblestone street and watched as Nazi tanks rolled into his hometown and changed his entire worldview—"albeit with a few more wrinkles and a couple of experiences under his belt."
Published by Bado at 4:00 AM