Linda Nguyen for the Canadian Press. 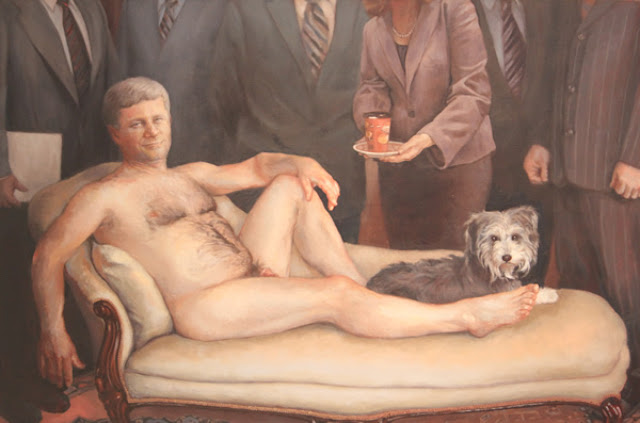 TORONTO - A complaint filed over a painting of Prime Minister Stephen Harper in the buff has been dismissed.


The Ontario Human Rights Tribunal has ruled it had no jurisdiction to hear the complaint lodged against the Kingston Frontenac Public Library for displaying the unauthorized nude depiction of Harper.

Curtis Stewart of St. Albert, Alta., had made the application last May, arguing his rights were infringed when the library chose to display the risque painting as part of a local art show.

The tribunal notified Stewart of its decision on June 19, and gave him a month to respond.

He did not and the complaint is now considered as abandoned.

The large oil on canvas painting drew controversy when it was unveiled last May.

Titled "Emperor Haute Couture", it shows a smiling, unclothed Harper reclined on a chaise lounge with a dog by his feet and a woman in business attire offering him a Tim Hortons cup on a silver platter.

Margaret Sutherland, the Kingston, Ont.-based artist responsible for the piece, has said the painting is supposed to convey a message about her discontent over the government's decision to eliminate the long-form census and several prison farms.

"It was sort of a culmination of some general frustrations of the federal government's policies and what they were telling us," she told media at the time.

"The political message is to look for yourself and don't necessarily believe the party line."

The painting's title is also supposed to be a satirical take on the "The Emperor's New Clothes," a children's story by Hans Christian Anderson about a vain king who wears no clothes because he believes his new suit is invisible to those unfit to see it.

It has since been sold to an unnamed private buyer for $5,000.

Phone calls to Stewart and Sutherland were unreturned Saturday.

According to Fred Sebastian's comment below, the painting appears to be a pastiche of Manet's "Olympia". You be the judge: 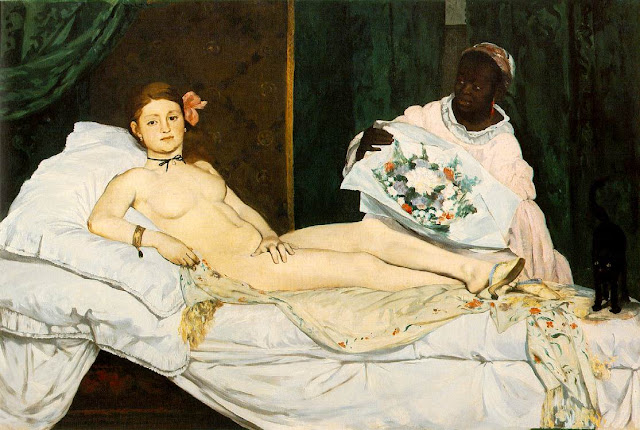