How the hometown cartoonists drew the candidates

As I watched the results roll in last night, I wondered how the hometown editorial cartoonists for the presidential candidates approached the win.
President Obama is from Chicago, so let’s head over to Scott Stantis at The Chicago Tribune. Stantis is a conservative cartoonist who went for poignancy. 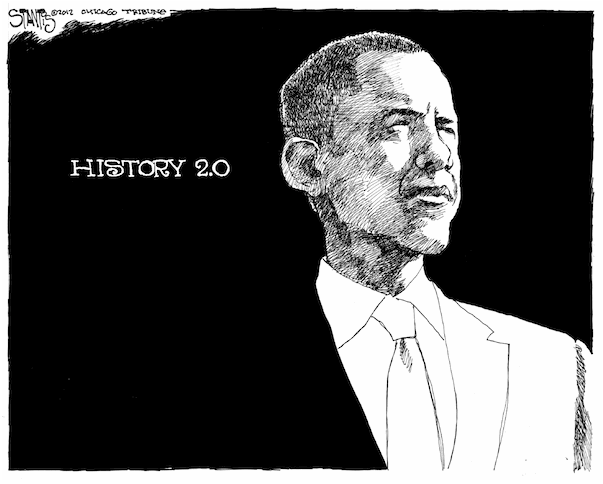 When it comes to the “hometown” of Mitt Romney it becomes a bit harder because he owns at least three homes. So starting on the west coast and moving east…

La Jolla, CA is where Romney owns a beach house. La Jolla falls inside the circulation of The San Diego Union-Tribune where we find conservative cartoonist Steve Breen expressing a presidential snatch. 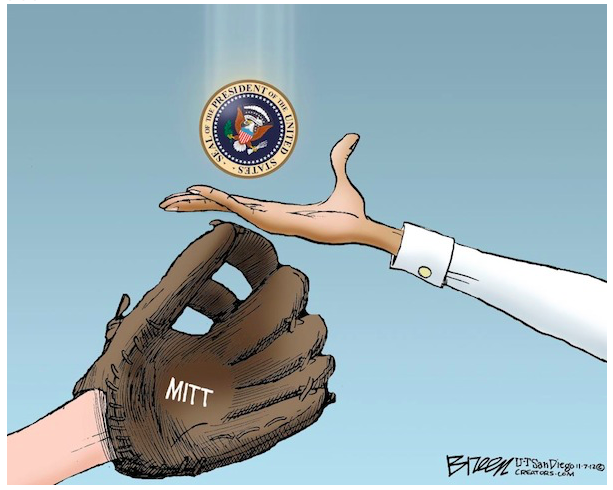 Jumping across the swath of red states, we now go to Massachusetts where encounter Dan Wasserman at the Boston Globe. Mitt owns a home in Belmont, MA. Wasserman does a play on the word of a pro-Romney super pac. 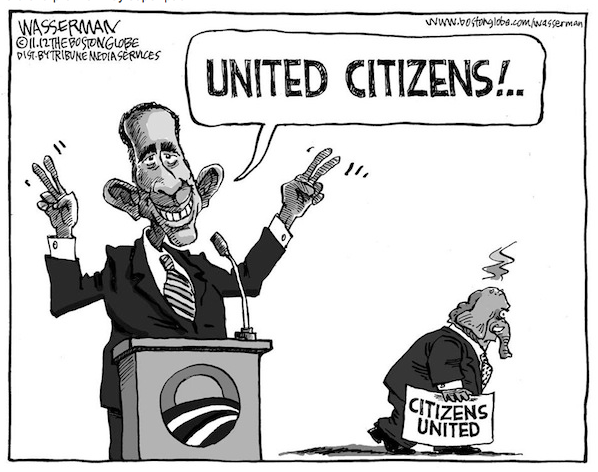 And finally we go to New Hampshire where Romney owns a 11 acre lake house in Wolfeboro. The closest paper with a cartoonist is the Concord Monitor where cartoonist Mike Marland turned in a local cartoon.

As far as the rest of the editorial cartoonists, Michael Cavna has a great round-up. I think Clay Bennett of the Chattanooga Times Free Press nailed it in his take. 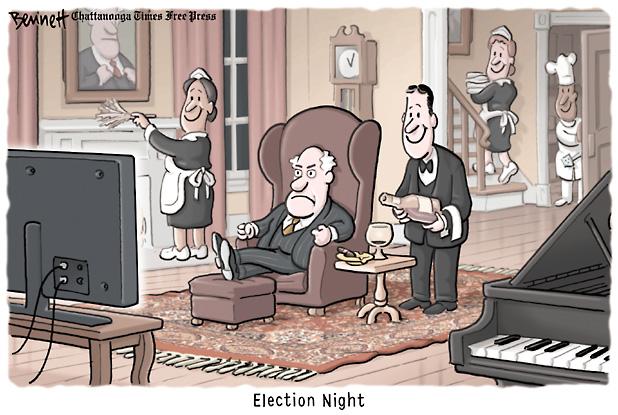