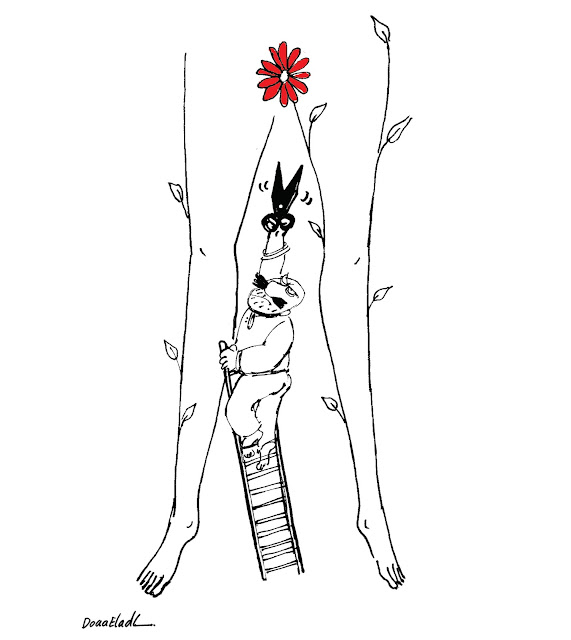 Considered by many to be Egypt’s most famous female cartoonist, Doaa El Adl has been making Egyptian headlines with two of her recent cartoons. The first, which was published in February 2013 shows a man reaching a pair of scissors between a woman’s legs to cut off a red flower – a criticism of Female Genital Mutilation. 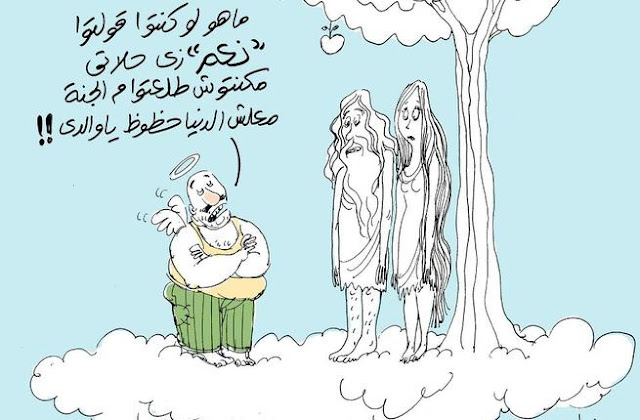 The other controversial cartoon, published by the independent Egyptian newspaper Al Masry Al Youm on December 23, 2012, showed an angel telling Adam and Eve that they could stay in the Garden of Eden if they voted for the right candidate. It meant to criticize political appropriation of religion, but instead El Adl was charged with blasphemy for the cartoon.

In this interview, El Adl discusses the challenges she faces as a female cartoonist, what topics are popular to draw, and why she appreciates both negative and positive reactions to her work.


Are cartoonists considered important social commentators in Egypt? What are the most popular themes Egyptian cartoonists cover? What is the most dangerous theme?

Political and social cartoons are definitely influential in Egypt. The most popular topics covered by cartoonists are regarding the Egyptian revolution, the rule of Muslim Brotherhood, and the problems and frustrations caused by both those topics. Recently, I drew about former President Mubarak’s trial, and this cartoon became very popular online. This is a good example of Egyptians’ interest in cartoons.


When Mohamed Morsi was first elected president, criticizing him was the most dangerous thing to do, but now it has become a less dangerous topic.


Are there very clear lines of what is or isn’t safe or legal for a cartoonist to draw in Egypt, or do you feel there is always a possibility for a cartoonist to face legal charges?
Legally, a cartoonist may be exposed on charges of insulting the President, or blasphemy. But these legal principles are broad and can be used against you anytime, as happened to me. I drew a caricature that criticized politicians taking advantage of religion and using it to dominate and influence simple people. Unfortunately, I was then accused of blasphemy! 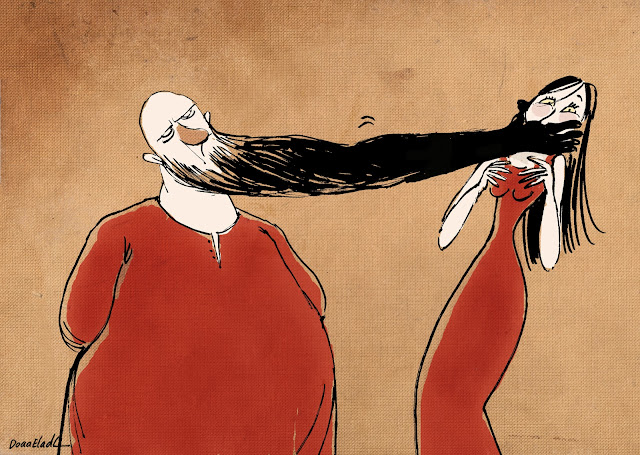 Do you think cases such as yours are causing self-censorship among cartoonists in Egypt?

Cartoonists know they are always at risk once they criticize authority, so some of them take the risk and others prefer to avoid it.

Do female cartoonists face more obstacles or censorship in Egypt?

In the beginning of my career as a female cartoonist, I faced lots of obstacles. It was rare to find a woman who drew political caricatures. Colleagues of my generation used to disregard my abilities, and when I first started drawing, senior cartoonists thought that I was going to quit in a short time. However these obstacles made me determined to carry on. After several years, I finally succeeded in my field, and I have my own audience, which doesn’t care if I am male or female. 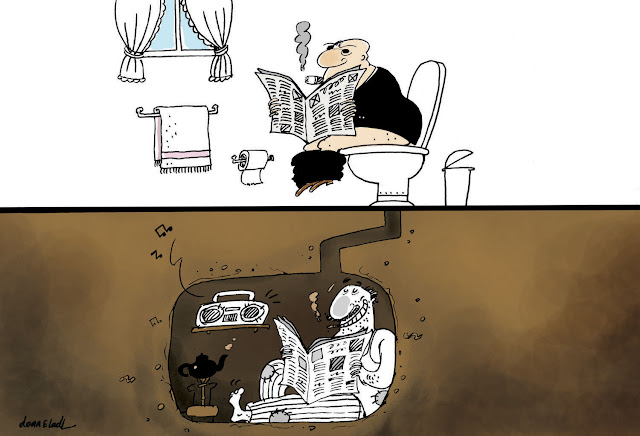 The caricature that I drew about female circumcision has led to controversy and shocked some people. The subject of Female Genital Mutilation has not been handled in such a direct way before. Some readers liked the idea behind the cartoon and were motivated to demand an end to this crime while others attacked the cartoon and rejected my decision to deal with the issue. I believe that these strong reactions to the cartoon is a good thing, whether the reaction is acceptance or rejection.


Doaa El Adl worked as a cartoonist for the newspaper Al Dostor, Rose Al Youssef Magazine, and Sabah El Kheir Magazine. She currently works at the prominent newspaper Al Masry Al Youm. She has also worked as an illustrator and has contributed to the magazines Qatr El Nada, Alaa-El Din and Bassem. In 2009 she was the first woman to win the Award of Journalistic Distinction in Caricature.
Published by Bado at 4:00 AM