"The Best of Adrian Raeside: A Treasury of B.C. Cartoons" 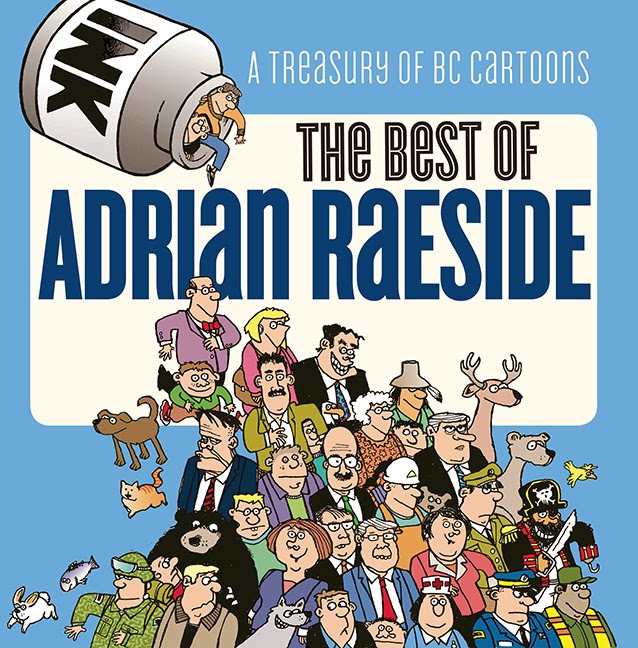 A review in The Victoria Times-Colonist:

Given that you're reading this page, you probably already know all about Adrian Raeside. He has had a lock on a chunk of real estate near the top of the page since we started buying his cartoons three and a half decades ago. Odds are, you're a fan.

And through the years, through 10,000 or so cartoons, he has come up with some good ones. The best of the best have been collected into a book that hit the stores this week.

For full disclosure, I should note that Adrian is not only a colleague, he's also a friend. As a result, this column falls somewhere between a valuable reader service and a shameless plug.

The new book is entitled The Best of Adrian Raeside: A Treasury of B.C. Cartoons. It is a collection of about 230 examples of his work published between 1989 and 2014.

Raeside has been with us since 1979, a decade earlier than the earliest toon in this book, which makes me think that perhaps his work in the first 10 years was not very good. He disagrees with that, saying that he just couldn't find the early originals. Whatever.

Raeside's career as a cartoonist began when Don Vipond, the editorial page editor at the old Daily Colonist, took a chance on a raw, untested artist from Saltspring Island.

Thirty-five years ago, we didn't have goodies such as scanners and email accounts. Every time Raeside drew a cartoon, he would have to drive it to the Times Colonist office. We paid him for each cartoon, but these payments didn't cover the cost of the gas and the ferry, let alone the ink and drawing boards.

For some reason - perhaps his math skills were weak - he stayed with us. He survived the merger of the Colonist with the Victoria Times in 1980, and then a succession of editors, publishers and owners.

As the years passed, his work improved, and we started paying him enough to cover his costs. Today, he is the grand old man of cartooning in Western Canada, and his influence is huge.

I asked him the obvious question. He told me that it wasn't easy coming up with the list of his best.

"I was faced with thousands of cartoons and it was tough to know which ones would make it, as I'm a lousy judge of what's funny," he said. "Cartoons I think will be a hit, flop. And ones I think will flop, get tons of mail, although not all writers are fans."

His book includes a running commentary as a reminder of the events that inspired the cartoons. That helps, because it can be hard to remember all of the twists and turns in B.C. politics.

"Some, like those in the chapter on our unique B.C. lifestyle, really didn't need explanation, but as I was being paid by the word, I added commentary anyway," he told me. I hope the people at Harbour Publishing don't read this.

Raeside's personal list of favourite cartoons might surprise you. He says his favourites are the ones with interesting angles or details.

"Not many readers would say: 'You should have seen the way he drew Harcourt's head,' but I always felt the drawing is half the cartoon," he said.

True enough - but if the gag is lame or the idea misses its mark, no amount of dressing up a cartoon with squiggly lines will save it. That's something all cartoonists have to figure out if they want their careers to be long. At 35 years and counting, it's safe to say that Raeside gets it.

His best guess is that this is his 15th book - again, he's not a math major - and it follows gems such as No Sailing Waits and Other Ferry Tales, Tales Don't Lie: A Decade of Dog Cartoons and Return to Antarctica, on the 1910 Scott expedition to the South Pole.

The Best of Adrian Raeside might turn out to be the most popular of the lot. But remember - as a dedicated follower of this page, you had a sneak peek! The Best of Adrian Raeside: A Treasury of B.C. Cartoons
Harbour Publishing

For over three decades editorial cartoonist and BC resident Adrian Raeside has trained his laser wit on a subject he knows well—the foibles of life on Canada’s wet coast. From yoga devotees to redneck fishermen, political potheads to bloated bureaucrats, plus provincial pet peeves like leaky condos,ICBC premiums and smart meters, no stone is left unturned, particularly when it comes to the politically slanted stereotypes of Left Coasters.

Hot topics such as the Northern Gateway pipeline, carbon taxes and the hidden perils of electric cars are pondered alongside the subtle difference between Saskatchewan’s wheat harvest and BC’s second-largest industry: cannabis production. Addressing often-touchy issues with his clever and amusing West Coast characters and critters, Raeside casts his spotlight on bear awareness programs and the current role of conservation officers, the increase of wildlife-human encounters (at your local watering hole) and the lack thereof (at wilderness retreats).

This compilation of Raeside’s most hilarious cartoons is sure to tickle the funny bone of anyone familiar with ‘Super, Natural British Columbia’ and the lifestyles of those who live there. 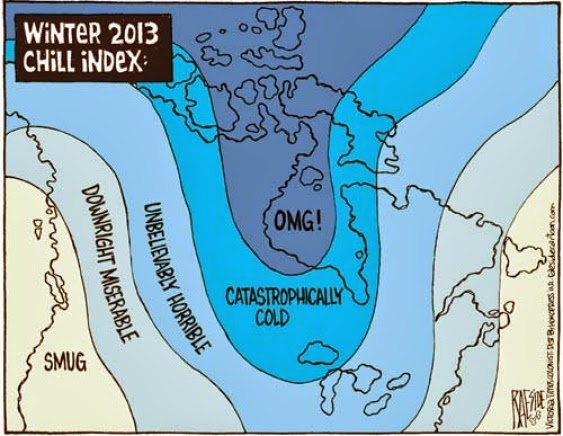 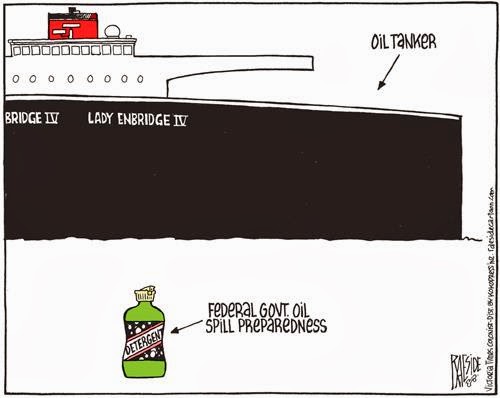