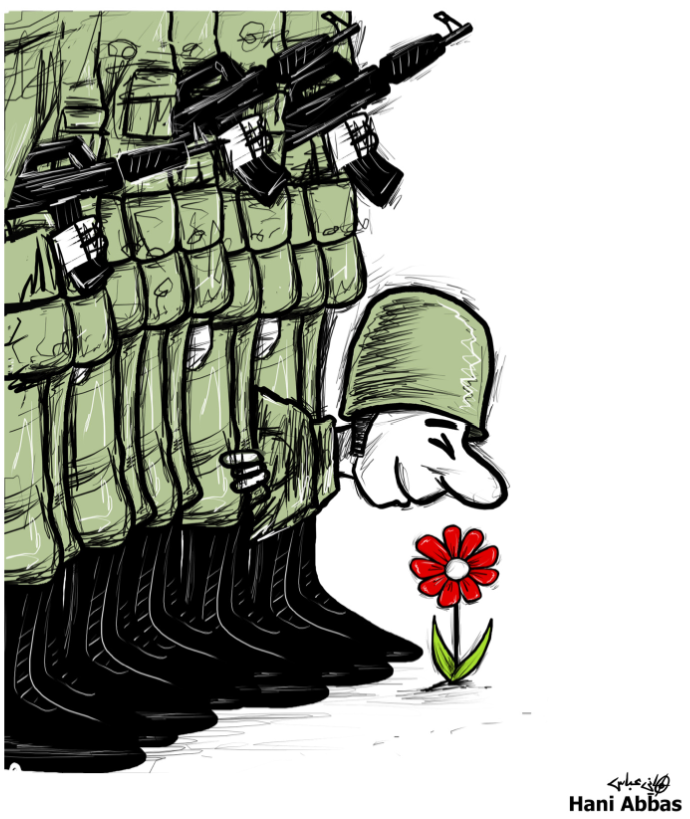 The Swiss foundation “Cartooning for Peace” has honoured Syria-Palestinian Hani Abbas and Egyptian Doaa Eladl for their work. Former UN Secretary General Kofi Annan handed them the international award for press cartoonists in Geneva, as part of World Press Day.

At the event, Annan said: The “Cartooning for Peace” prize recognises those who commit their voices and artistic talent to the cause of peace and tolerance and who use a universal language of images to inform and educate and celebrate our common humanity.” Doaa Eladl who couldn’t attend the ceremony, is a celebrated female artist in the Arab world – known especially for her political work. She has often tackled women’s right issues, attracting controversy and even charges of blasphemy for her cartoons.

Many of Hani Abbas’ cartoonist and journalist colleagues have been tortured or killed in Syria. His often satirical cartoons and testimony on the atrocities committed by Assad’s regime have seen him arrested and threatened several times. He fled Syria and is now seeking political asylum in Switzerland.

Abbas told euronews : “This prize is not simply for me as a person, Hani Abbas, but for everyone who expresses their opinion, for all the journalists and intellectuals in Syria who encounter grave danger – because of drawing, speaking out or expressing themselves in a free way.

Kofi Annan also inaugurated an exhibition entitled “War in all its states” on the shores of Lake Geneva, showing 100 cartoons from globally-renowned artists. Following the 2005 Mohammed cartoon polemic, it was French cartoonist Plantu, known for his work in “Le Monde” who kickstarted the “Cartooning for Peace” award together with Kofi Annan. The goal is to highlight and support cartoonists around the world

Plantu gave euronews his views on the significance of using cartoons as a form of expression: “We’re trying to show the level of resistance that exists today, from the perspective of the very people that allow us to understand the word “resistance”, the cartoonists that ultimately become the foot soldiers of democracy. In other words, they’re railing against different powers, not just the power of their editors but also against political and religious power.”

The war cartoon exhibition on the banks of Lake Geneva runs until the beginning of July and then moves to Sarajevo.

From Lake Geneva, euronews correspondent Wolfgang Spindler said: “Political cartoons can be subversive, provocative and amusing – they make us smile, they give us pause for thought. But we very often forget that the cartoonists behind them sometimes have to risk their lives daily for the sake of their work.” 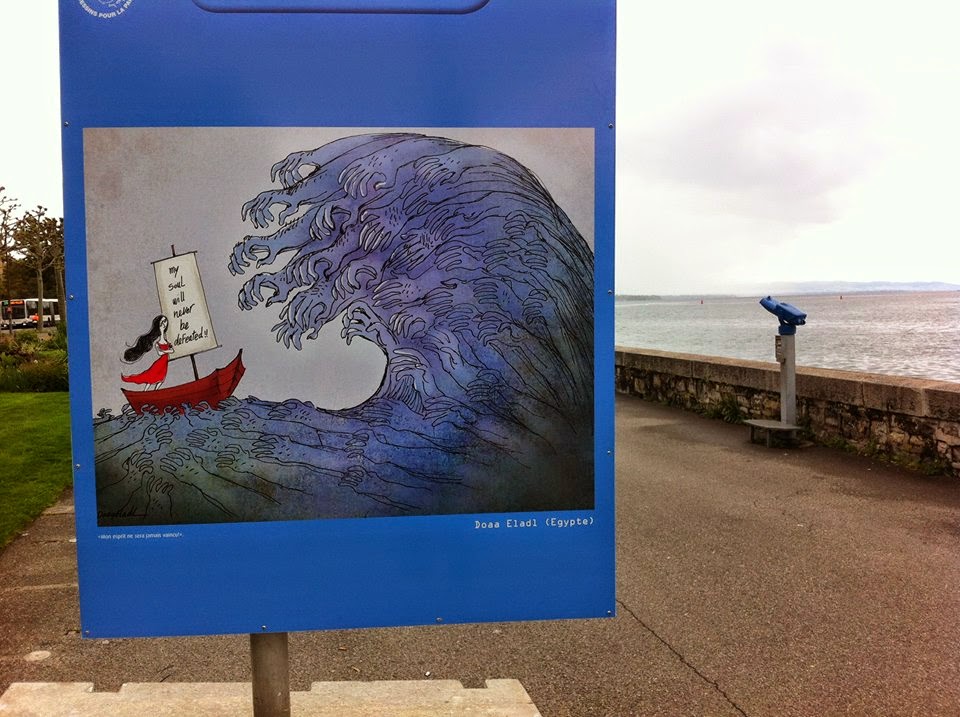 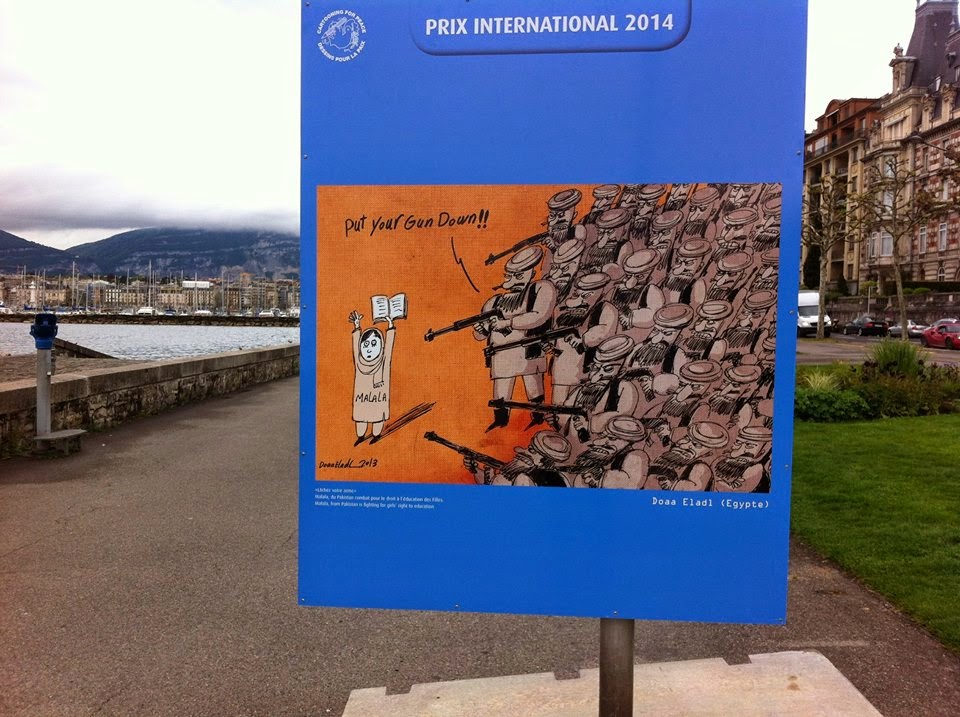 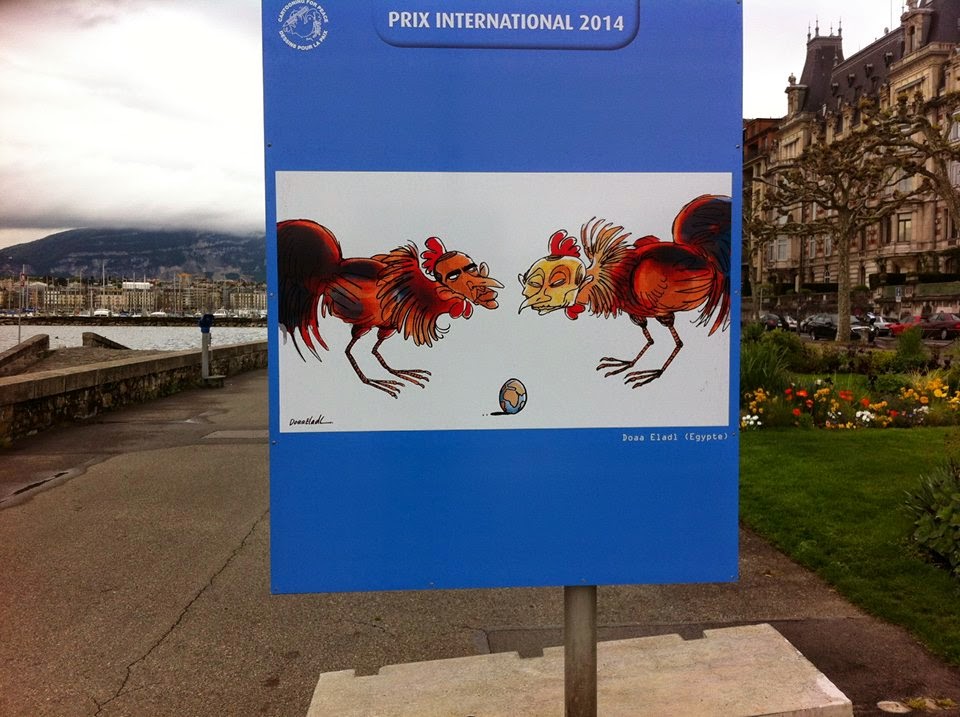 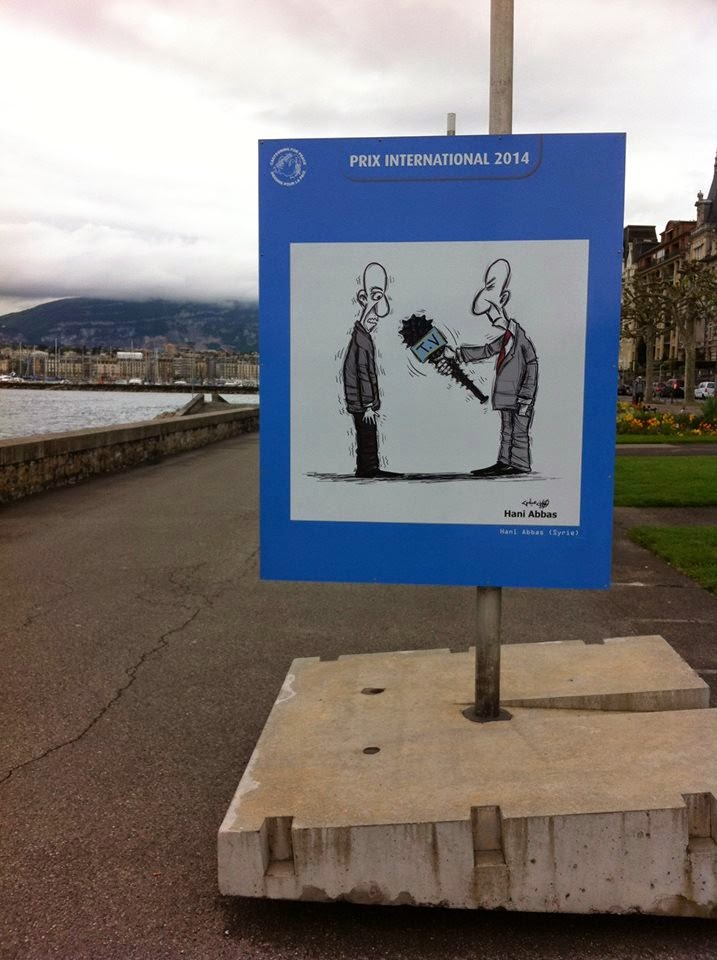