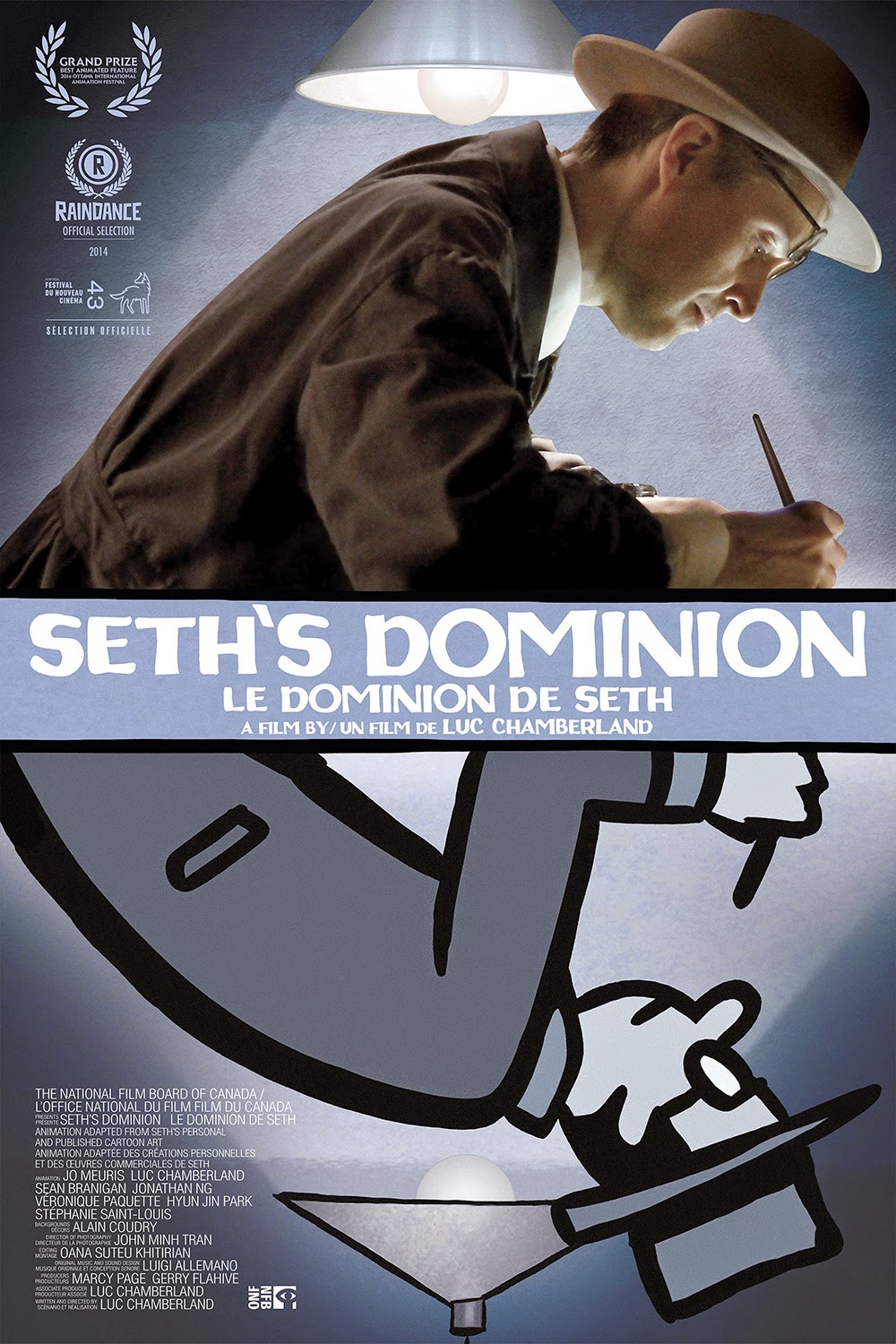 A new hybrid animation-documentary from the NFB’s Luc Chamberlain about Guelph cartoonist Seth will debut in competition at the Ottawa International Animation Festival September 17 to 21. “Seth’s Dominion” is described as “an artful fusion of filmmaking techniques that perfectly captures” Seth’s “poignant inner life,” the film celebrates one of “the world’s great storytellers” by animating scenes from his comics, sketchbooks and stories.

The 40-minute film has been years in the making and has come to be eagerly-awaited by fans of the artist. I understand it also includes interviews with friends and family to compile a complete picture of the cartoonist. The film is in competition with another NFB film, Donald McWilliams’ film about legendary NFB animator Norman McClaren (Norman McLaren: Animated Musician), ironically an idol and inspiration of Seth’s.

According to their official site, the OIFA hosts “the world’s most cutting-edge, quirky and important animation — and transforms Ottawa into the centre of the animation universe” every September.

A nostalgic and meaningful glimpse into the life and memories of Canadian cartoonist, Seth, told through documentary style interviews and Seth’s signature illustrations. Born and raised in Canada, and now cartooning away in the basement of his home in Guelph, Seth’s art comes to life to tell tales of loss, loneliness, love and growing up as he recalls them.

With a focus on perception and the big questions in life paired with simple drawings of complex situations, Seth’s Dominion challenges the idea that we make the best of what we’re given and suggests that we are who we make ourselves to be. 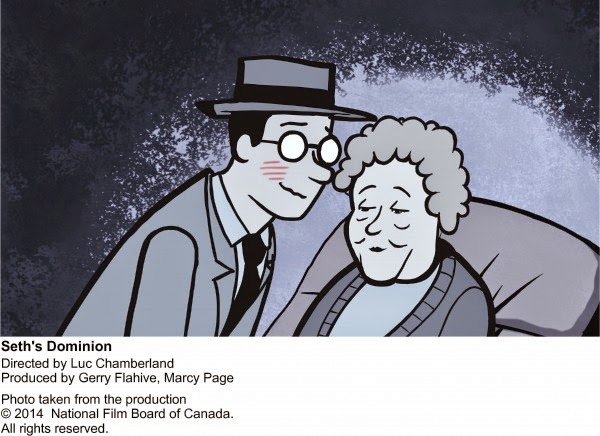 A review of 'Seth's Dominion' on Brad Mackay's blog. 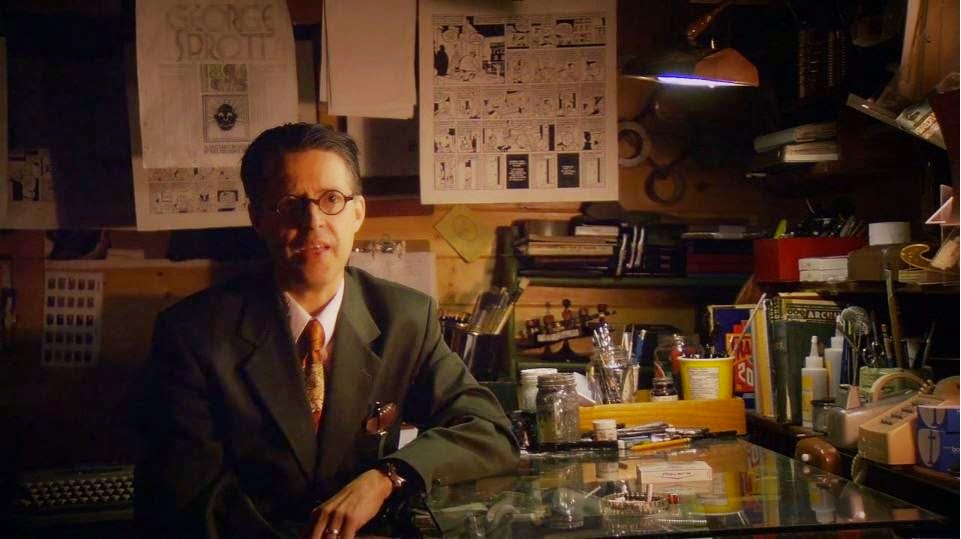 
Clips from the film:
Published by Bado at 2:00 AM