When Montreal illustrator Julie Delporte saw the nominee list for this year's Grand Prix D'Angoulême — one of the most prestigious lifetime achievement awards in the comic book world — she was incredulous. The previous year's list was short on female nominees, so Delporte had hoped the prize, which will be announced Wed., Jan 27, would take the opportunity to be more inclusive. She was wrong. This year's list was exclusively male.
"I was already a bit upset by last year. And this year — not a single woman," she says. "It's so obvious that it's not fair."

Delporte is a celebrated artist; her 2014 graphic novel Everywhere Antennas was nominated for a prestigious Doug Wright Award and won a CBC Bookie award in 2015. She's also a member of BD Egalité, an artist collective that called for a boycott on the prize, which, in its 43-year history, has only ever been awarded to one woman (Florence Cestac). As controversy around the all-male list grew, nominees began to withdraw as an act of protest, including comic legends Chris Ware, Charles Burns and Brian Michael Bendis.

Earlier this month, the Grand Prix D'Angoulême caved to pressure, announcing it would do away with the nominee list altogether and allow committee members to vote for whomever they wished. Still, Franck Bondoux, the festival's executive officer, defended the original list.

"Unfortunately, there are few women in the history of comics," he told French newspaper Le Monde. "That's the reality. Similarly, if you go to the Louvre, you will find few women artists."

It's unclear whether the list — described as a "debacle" by many — was a result of short-sightedness or something more insidious. But is it just a symptom of deep-seated equality issues within the industry as a whole? That depends on whom you ask. For Delporte, it is.

"Everything in history has been shaped by men," she says. "If everything is chosen by men, and read by men, of course men's works will be more appreciated."

Delporte sees inequality in Canada's comic scene, too. She points to a recent study that shows female visual artists in Canada earn 35 per cent less income than their male counterparts (the overall income gap between men and women, according to the study, is 31 per cent). She also senses resistance within the upper echelons of the comic world.

"To me, it seems as easy for a woman to do comics as for a man. But to be confident to be a publisher, it's not easy," she says. "It took me a long time to realize that I could learn how to print books and decide what's good in comics." 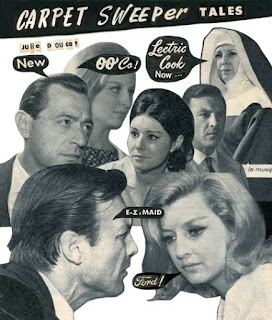 Julie Doucet, a veteran comic book artist from Montreal, wasn't surprised in the least by what transpired with the Grand Prix D'Angoulême. To her, it has always been a mainstream, commercial, conservative event. But she also says it's not fair to make wide-ranging judgments based on what's happening on another continent.

"France is France," she says. "The relationship between men and women is so far away from what we have in Canada. It has absolutely nothing to do with us."

Doucet — whose latest collection, Carpet Sweeper Tales, is due from Drawn & Quarterly in March — got into comics in the late '80s, when the medium was considered mostly a male one. Even then, she felt welcomed by the community.

"I never really had any problems," she says. "Maybe because of the type of comics I was doing. It was so crazy, so sexy. I got respect from the guys."

Going back even further, Canada's Lynn Johnston — creator of the widely syndicated For Better or For Worse — recalls what it was like getting into the scene in the '70s.

"The only people who really treated me with a certain amount of disdain were from the really old boy's club, guys who were maybe 20 years older than I was," she says. "The guys who were my age were welcoming and respectful and thrilled to be a colleague." 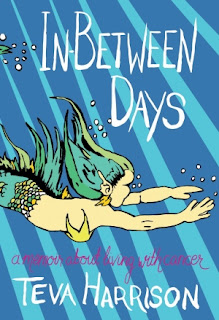 She's perplexed, though, by Bondoux's assertion that women have played a limited role in comics throughout history, saying there are "hundreds of us."

"I kind of wonder what his background is in comics," she says. "For somebody to say that, it's somebody whose first love is probably not comics. They just haven't done their homework.

"Toronto's Teva Harrison is new to comics (her graphic memoir, In-Between Days, will be published this spring), but for her, what happened with the Grand Prix D'Angoulême has become a tiresome recurrence in the art world in general.

"I've been an artist for my whole life, and these sorts of lists happen across all the arts," she says. "Women do things and they struggle to have their voices heard. It's a shame." 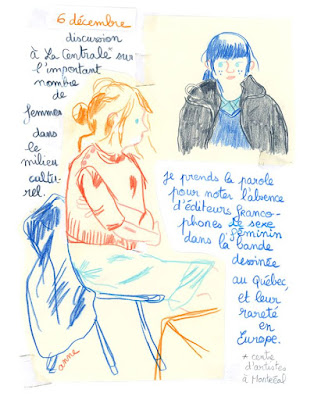 As for Delporte, who vented her frustrations with an illustration on her website, it's all further proof that women need to keep pushing.

"We need role models," she says. "When I see people like Annie Koyama, who started her own comics company with her own money, I think maybe things will change."
Published by Bado at 7:59 PM