From The Chicago Tribune. 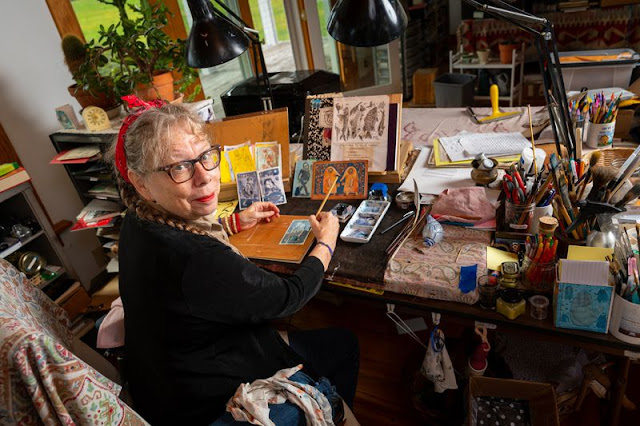 Cartoonist Lynda Barry is one of the 26 winners of the 2019 MacArthur Foundation "genius grants,” the no-strings-attached $625,000 prizes given annually to artists, scholars and other creative thinkers, the Chicago-based philanthropy announced Wednesday.

A handful of this year’s MacArthur Fellows, as the program is formally known, have Chicago ties, but educator Barry, who lived here for about a decade, has the strongest connection.


This year’s genius-grant class honors 16 women and 10 men, and with “a little bit more geographic diversity than we’ve had in recent years,” said Cecilia Conrad, who heads the fellows program at the foundation. The money is paid out quarterly over five years.

Those are going to be good years, said Barry, 63, a mainstay of alternative weeklies with her “Ernie Pook’s Comeek” weekly strip.

On the art faculty at University of Wisconsin, she teaches students how to conceive and draw comics and does research on the deeper language of imagery and on helping people defeat the voice in their head telling them they can’t draw.

A voice she almost didn’t hear was Conrad’s informing her of the windfall. “I hung up on them about seven times,” she recalled. “I just thought I was getting all these robo-calls, and I was getting really ticked off about it.”

(“I think she blocked my phone number,” Conrad said. “We considered driving up there.”)

But finally the foundation got a message through to Barry that this is a call she should take.

“The thing that I was flooded with was this realization that I was really going to get to apply myself to this work I’ve sort of been chasing after for 20 years," the artist said, “which is this whole thing about images and how they travel between people and why we use them.”

Key to that has been working with four-year-olds, she said, because she considers them on an important developmental cusp, before drawing and writing start being identified as separate forms of communication.

“The honor of it. My god,” the artist said. “It’s just such a magical, amazing thing. I’m so, so excited about the next five years and the work I’m going to be able to do. I’m so grateful for that.”

“Ernie Pook’s Comeek" ran in alternative newspapers nationwide through the 1980s and ’90s until she ended it in 2008 amid the general decline of alt-weeklies. She’s had success with graphic novels, including 1988′s “The Good Times Are Killing Me.” 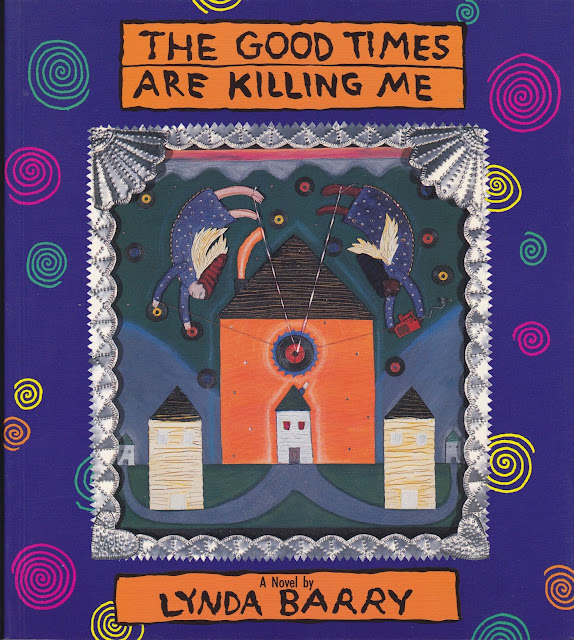 Coming out in November, her next book, “Making Comics,” gathers some of the best exercises and techniques Barry has developed for helping people unlock creativity, she said.


“She has a long history of being creative as a cartoonist, as a graphic artist and as a writer,” said Conrad. “But I think what has really been exciting is the turn she’s taken in recent years to think about how to help others express their creativity, to develop a new pedagogy around creative pursuits and then to share that with others in some of her recent writing.”