The Top 10 Cartoonists in Africa

From This is Africa.


Africa has some of the best cartoonists on the planet. Like African writers and filmmakers, they help explain the continent to the rest of the world. Some of them are household names across the continent, others are more famous in the country they are based. Whatever distinguishes them, one thing they have in common, as you’ll see below, is talent and lots of it!

Humour, satire, biting wit, these are some of the gifts every cartoonist must posses to stand out from the herd. The cartoonists featured in this list have these talents in spades and they use them to navigate in political environments that restrict free speech. Zapiro in South Africa found himself in court for an unflattering cartoon of president Jacob Zuma. Egyptian cartoonist Doaa Eladl landed in similar legal trouble over a cartoon that skewered the chummy relationship between political and religious leaders in her country.

Meanwhile in Zimbabwe, veteran cartoonist Tony Namate has had to survive bomb attacks to keep doing his job. The threats are real, but these brave men and women push on. Because of the sacrifices they make to do their work and since very little separates them in terms of natural talent and execution of their craft, the cartoonists are not listed in any particular order. So without further ado, here are Africa’s 10 best cartoonists:

Zapiro – real name Jonathan Shapiro – is a cartoonist who needs no introduction. He’s a household name not just in his native South Africa but also across the continent. Not afraid to court controversy, Zapiro’s facility with the pencil famously saw him run afoul of President Jacob Zuma who in 2008 sued him over a cartoon.

The president took exception to Zapiro’s depiction of him and other ANC officials in a cartoon that referenced rape allegations made against him. Zuma wanted 5 million Rand in damages from Zapiro, later revising it to 100,000 Rand and an apology. Zapiro stood his ground and Zuma, seeing the folly of being seen to be a petty tyrant, was forced to withdraw the suit. The dust up cemented Zapiro’s reputation as a cartoonist not afraid to speak truth to power no matter what consequences may ensue.

Khalid Albaih is a Romanian born Sudanese cartoonist who lives in Doha, Qatar. His work, published on websites and blogs across Africa and the Middle East, tackles authoritarianism, politics and religious extremism. The son of diplomat father and a mother who campaigned against female genital mutilation in Sudan, Albaih had civic duty and social activism drilled into him early in his life.

Doaa Eladl is Egypt’s most famous female cartoonist. In her work she has not been afraid to tackle hot button issues like female genital mutilation, official censorship and religion’s outsize influence on politics in Egypt. A cartoon she did on the latter subject got her in trouble with the authorities who charged her with blasphemy. In the offending cartoon, an angel appears before Adam and Eve in the Garden of Eden and tells them they can avoid eviction if they vote for the right candidate. It cut too close to home for the religious and political authorities. 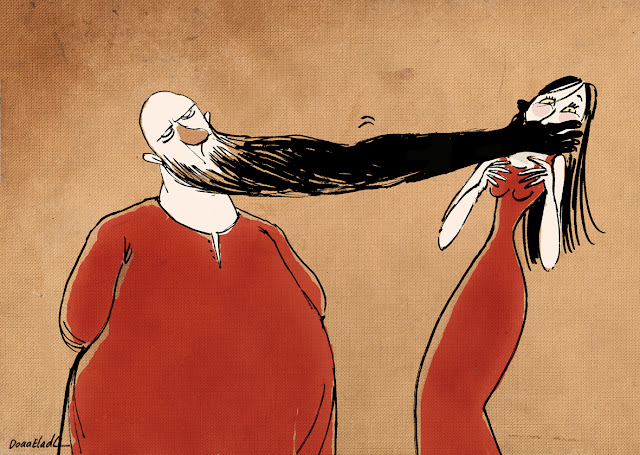 Eladl favours a minimalist approach to her work. She has a natural ability to distil complex issues into a simple drawing. Her work, in its simple eloquence, is a testament to the old truism that less is more.

To attempt to describe Tanzanian cartoonist Gado is to unpack a suitcase of superlatives. With a slew of local and international awards under his belt, Gado – real name Godfrey Mwampembwa – is the most syndicated political cartoonist in East and Central Africa. His work has appeared in newspaper all around Africa and the world including in such respected broadsheets as Le Monde and the Washington Times.


Based in Nairobi, he worked for Kenya’s paper of record The Daily Nation for over two decades until March this year. Many, including Gado himself, saw his departure from the daily brought on by pressure from the Kenyan government whose failings the cartoonist has been afraid to caricature with characteristic clarity and devastating wit.

Zimbabwean cartoonist Tony Namate knows what it means to fight in the trenches to preserve the integrity of his work. The Daily News, the paper he worked for was attacked using a homemade bomb in 2000 and a year later its printing press was blown up in another explosion. The paper (and Namate) somehow plodded on despite these attacks and only shut down after the government denied it a permit in 2003. 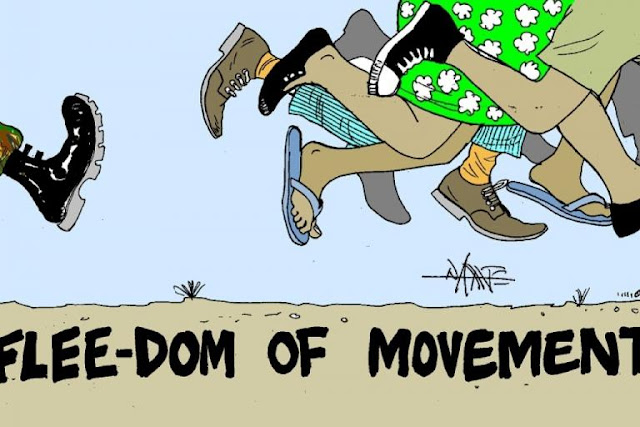 Namate refused to back down and instead went to work for the website New Zimbabwe. A collection of his cartoons titled “The emperor’s new clods” was published in 2011.

Victor Ndula is part of a group of young African cartoonists who are obsessed with telling the continent’s story through their work. His cartoons grapple with different issues affecting the continent and the wider world including corruption, terrorism, climate change and doping in sports.


A member of the Cartoon Movement, Ndula is a master of drawing both political cartoons and comic journalism. The Kenyan cartoonist’s most recent comic was published in late April. It explores the different moving pieces in the fragile situation in South Sudan and why it’s so difficult for the victims of the fighting that has raged there in recent years to get justice.

Siham Zebiri is one of most talented female cartoonist on the continent. Her work is infused with colour and takes shots at some Africa’s most persistent problems, including war, hunger, terrorism, inequality and justice for victims of atrocities. More recently, she has also focused her attention on corruption in soccer and the perilous journey many immigrants undertake to reach Europe.

The Algerian cartoonist favours doing colourful illustrations giving her work a playful, cheeky appeal even though, often, the subjects she is tackling are deadly serious.

Popa Matumula is a Tanzanian cartoonist who is also a member of the Cartoon Movement. Like his fellow countryman Gado, Matumula is gifted at pocking his finger in the eyes of the powerful.

One thing that stands out in most of his work is how seriously Matumula takes the cartoonist’s role of cutting the powerful down to size on behalf of the masses. He is not afraid to ridicule the excesses of the powerful. In fact, he excels at it.

Nadia Khiari took an unconventional path to fame as cartoonist. On 13th January 2011, when Tunisia’s former dictator Ben Ali gave his final address as leader of the country, Khiari took to Facebook and created a character called “Willis” to express her feelings about what had just happened. Just a few friends saw her initial post but as more people saw her work, her Facebook following grew and saw did her fame. 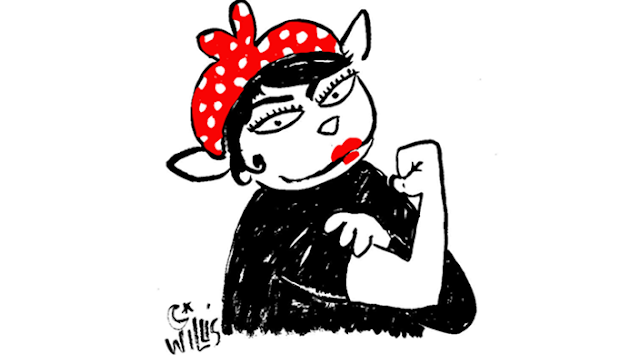 Khiari has drawn several books featuring her character “Willis” and she’s considered one of the chief chroniclers of the Arab Spring. She has received numerous awards for her work.

Tayo Fatunla is a Nigerian cartoonist, designer, cartoon tutor and motivational speaker. An alumnus of the prestigious Art school, The Joe Kubert School of Cartoon and Graphic Art, Dover, New Jersey, Fatunla’s work has been exhibited across Africa, Europe and in America. 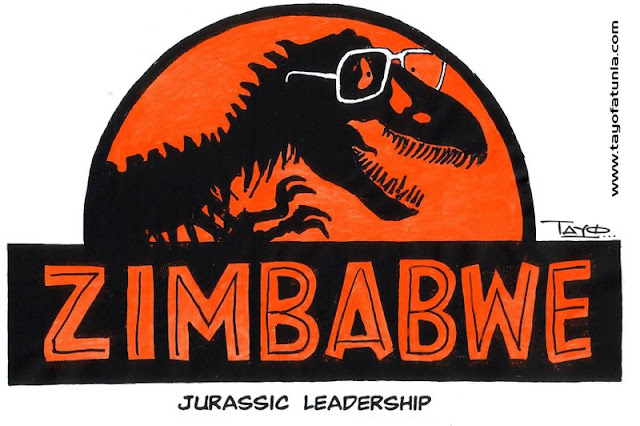 He also finds time to teach including at the University of Rouen, France and Addis Ababa University – School of Journalism and Communication, Ethiopia.
Published by Bado at 8:33 AM