"A Retrospective: Ralph Steadman” at the Society of Illustrators 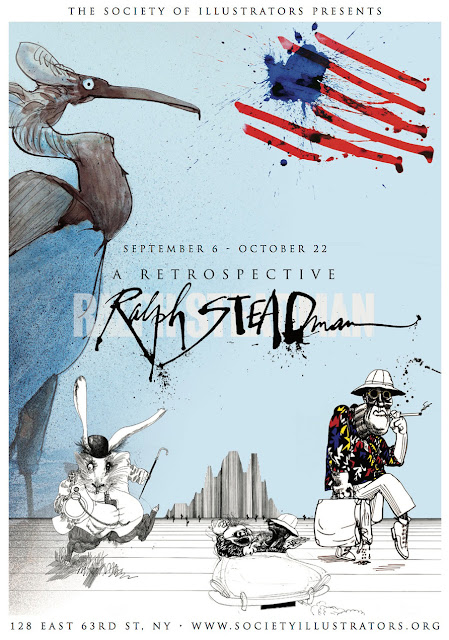 Hunter S. Thompson looms large — in spirit and in bronze — in A Retrospective: Ralph Steadman, a terrific new show of art by Thompson’s “Fear and Loathing” co-conspirator.

Standing 7 feet high, the sculpture of a frenzied, briefcase-toting Thompson, based on Steadman’s sketches, is only inches taller than he was in life. 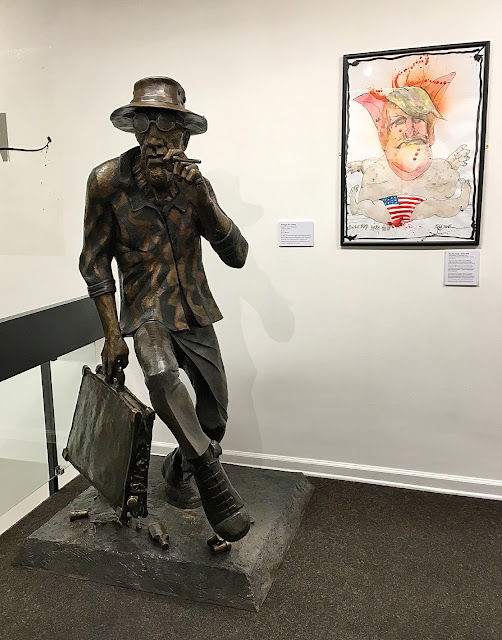 “He was 6-foot-8, but not as beefy,” Steadman says of Thompson, who killed himself in 2005. “I miss him very much. He told me, ‘I feel trapped in this life, Ralph. I could commit suicide at any moment.’ ” Before he did, the father of gonzo journalism told Steadman to “stop that filthy scribbling.”

Happily, he didn’t listen. At 80, the soft-spoken Brit is merrily scribbling away — though “merrily” doesn’t quite describe the bile into which he dips his pen when the topic turns to politics. Fans of Donald Trump, Richard Nixon and Ronald Reagan should steer clear of the Society of Illustrators, where Steadman’s work fills four floors. 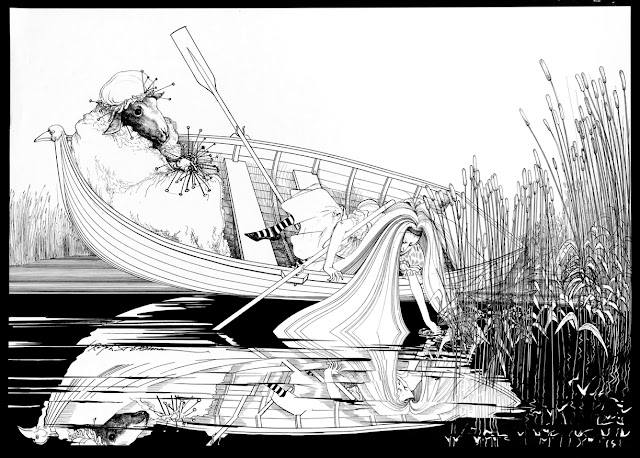 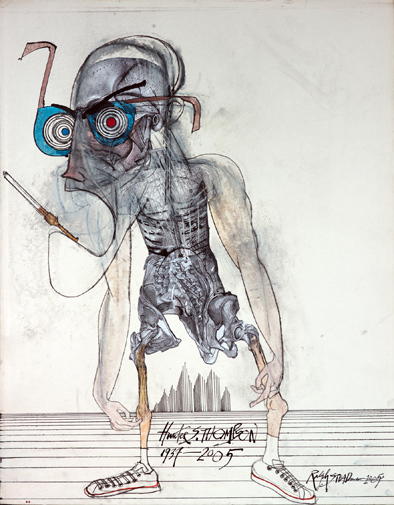 But most of us know him from the art for “Fear and Loathing in Las Vegas,” which Steadman made without setting foot in Nevada. From his home in London, he drew on Thompson’s highly caffeinated prose to come up with his immortal pieces for Rolling Stone magazine. So impressed was Jann Wenner that he bought several of Steadman’s originals — for $75 each.

“My agent thought it would be a good career move if I sold them to him,” says Steadman, who from then on kept his originals.