Reports from Turkey indicate that several staff members of the opposition newspaper Cumhuriyet have been detained by police following raids on their homes.

These include cartoonist Musa Kart, the recipient of Cartoonists Rights Network International’s Courage in Editorial Cartooning Award in 2005 and no stranger to harassment from the regime of President Recep Tayyip Erdoğan. 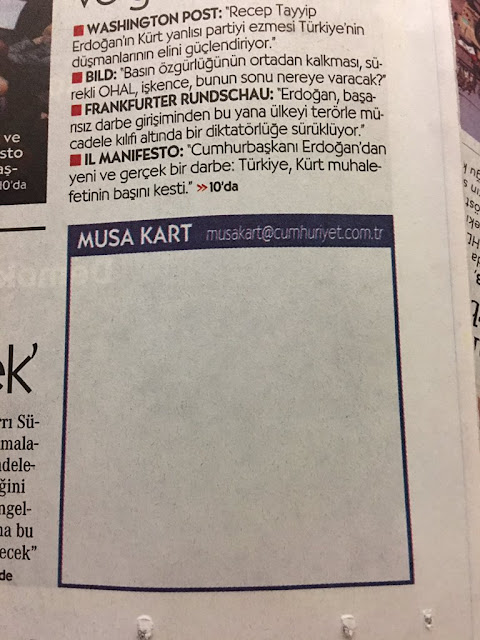 As widely reported following an update on his Twitter feed, CRNI’s 2011 Courage in Editorial Cartooning Award winner Zunar was prevented from leaving Malaysia via Kuala Lumpur International Airport on Monday October 17th. He had intended to travel to Singapore to attend a forum.

Zunar went on to state that an immigration officer informed him of a travel ban, apparently in place since June 24th under the instruction of the Royal Malaysian Police’s Inspector-General, Tan Sri Khalid Abu Bakar.

Eaten Fish is a cartoonist and a refugee from Iran who sought refuge in Australia. This landed him in one of Australia’s notorious detention centres. He has languished there for more than three years during which he’s suffered all manner of abuse. He’s in bad shape and needs medical attention.

Help CRNI ratchet up the pressure on the Australian Government to immediately remove Eaten Fish from the Manus Island detention centre and bring him to Australia for the specialized treatment he requires by visiting the CRNI website here.