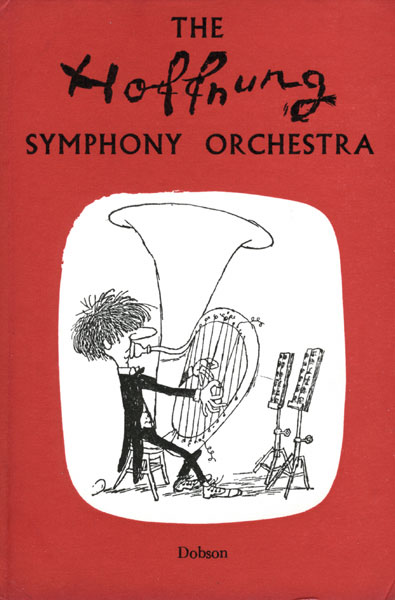 
‘This is a collection of highly individual line drawings of musicians and their instruments extraordinaire. It is doubtful that a ‘tum-drum’ or a ‘yo-bo’ will ever be found in any orchestra other than the one featured in this book, and these, together with numerous other ‘Hoffnungisms’ make the HSO unique. 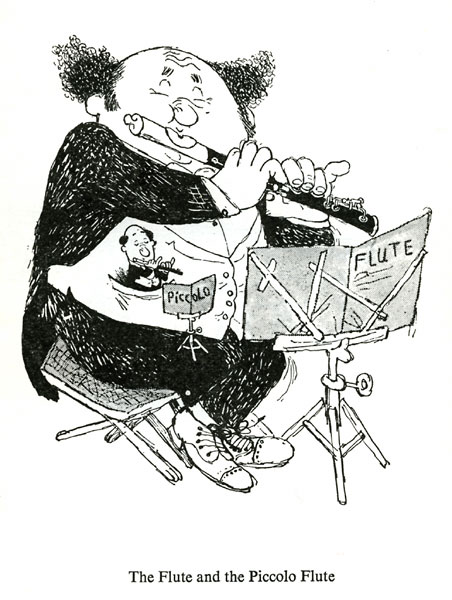 We are certain that this little book will appeal not only to musicians and music-lovers but also to the totally unmusical. To those these line drawings will no doubt confirm their belief that music is purely for the delight of the mad, who find pleasure in meaningless sounds. 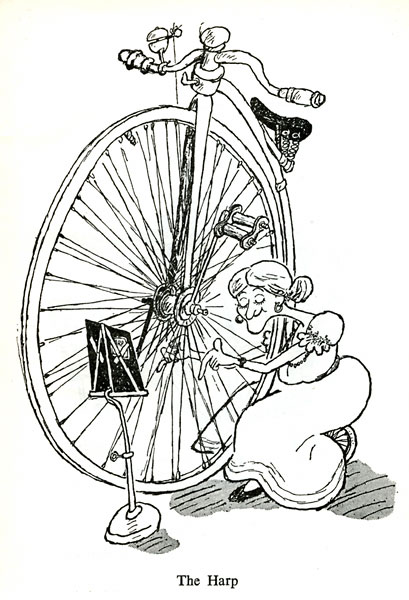 Mr Hoffnung describes himself as a musical failure, but it may be worth noting that this virtuoso of the pen was also a musician with serious intent. His knowledge of concert music and opera was wide, and he played the tuba conscientiously in a London orchestra. We believe that it is because of this, his humour, unlike that of other artists, is etched with love rather than acid.’ 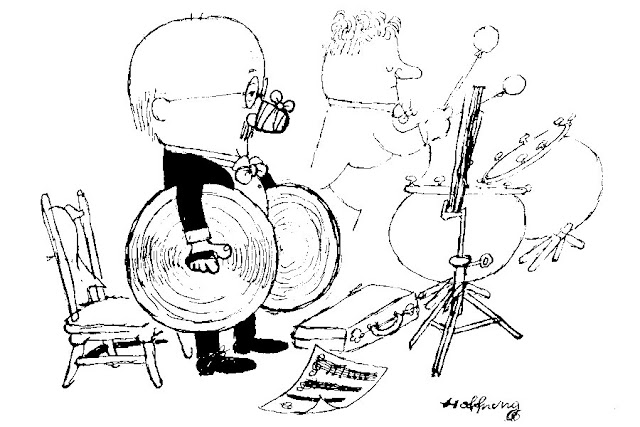 ‘The Hoffnung Symphony Orchestra' was first published in March 1955 by Dobson Books. Gerard Hoffnung lived a short life, dying of a cerebral haemorrhage when he was only thirty-four in 1959.
Published by Bado at 12:00 AM