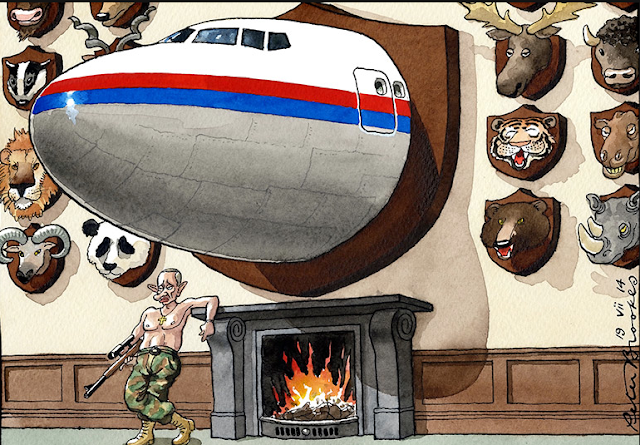 
Describing the long-standing tradition of satirical newspaper cartoons as a particularly “British sort of humour”, he said that world affairs over the last two years have provided him with the most material in his 25-year career so far.

The 73-year-old told Press Association: “More than anything I am grateful to be living in a country that recognises cartoonists that criticise and satirise its politicians, compared to countries that imprison theirs – and worse.”

After a quarter of a century providing daily pieces for The Times, he said: “These days it’s the people who seem to be ruling the roost, which can be a good thing and a bad thing. This summer was unbelievable, there wasn’t a day when there wasn’t an amazing, huge political event, following the referendum. We will all remember it. 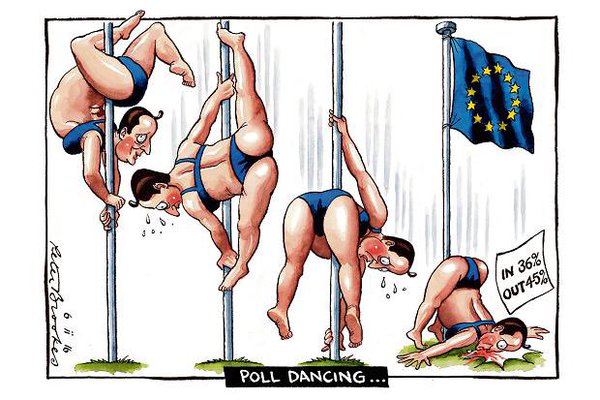 Every day you come up with something, but some days are better than others and sometimes it’s really a case of banging your head against the drawing board. But there isn’t a day that I don’t look forward to doing it.”

But Brookes, from Liverpool, revealed that his job is not just about making people with a dark sense of humour laugh.

He described one of the most memorable pieces of his career as the cartoon he drew following the photo of Syrian toddler Alan Kurdi, whose body was washed up in Turkey after his family attempted to flee their home last year. 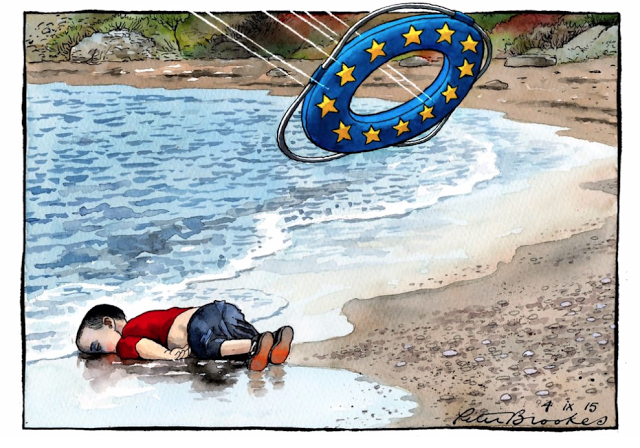 “I drew the picture and added an EU-life ring being thrown at him,” said Brookes. “There were no words or captions, it was a symbol of the inactivity of the EU over immigration. It would have been very difficult to draw the thousands of immigrants at the time, so this was my way of encapsulating it. Not all cartoons are meant to rasie a laugh.”

Looking forward to the new year following his Christmas break, Brookes added that he was keen to get stuck into the continuing Brexit issue.

“I’m looking forward to getting to grips with Theresa May and the whole Brexit thing,” he said.

“That should keep me in work for a while.” 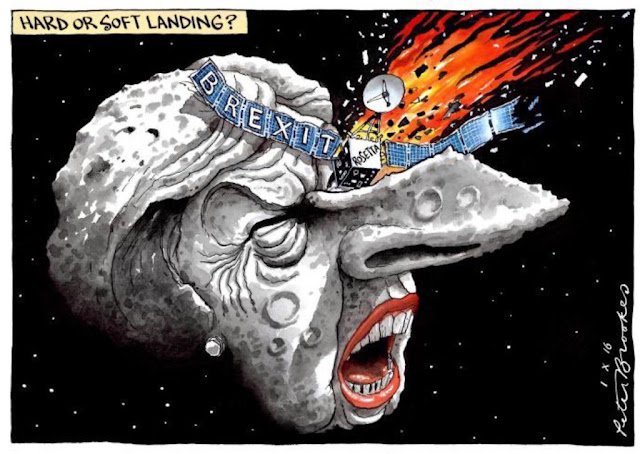