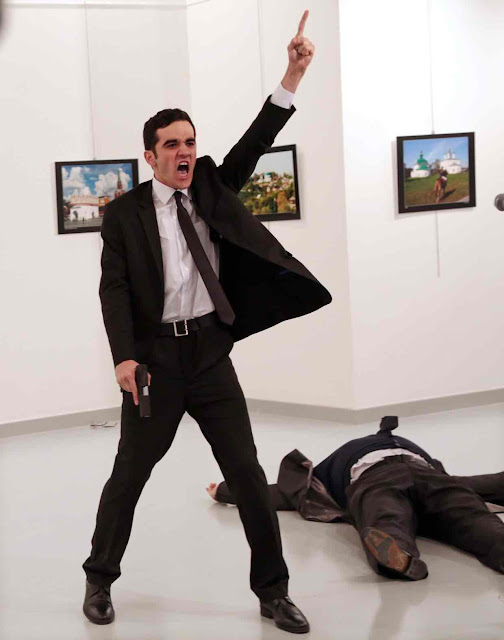 The chilling photograph that captured the moment a police officer shot and killed the Russian ambassador to Turkey at an art gallery in Ankara has won photo of the year at the World Press Photo awards.

Judges of the 60th annual photo contest praised the courage of Burhan Özbilici, a photographer for the Associated Press in Turkey, who took the picture of 22-year-old gunman Mevlut Mert Altintas before and after he shot ambassador Andrei Karlov last December.

The decision to award the overall prize to Özbilici was controversial, with the awards’ jury chair, Stuart Franklin, criticising the choice, saying it “reaffirms the compact between martyrdom and publicity”.

The photograph features a shouting Altintas, in a suit and tie, standing legs apart, with the gun in his right hand pointed to the ground and his left hand pointing towards the ceiling, as Karlov’s lifeless body lies less than a metre behind him. Altintas wounded three other people before being killed by officers in a shootout.

Founded in 1955, the World Press Photo Foundation is an independent, non-profit organisation based in Amsterdam. It is a major force in developing and promoting visual journalism, and the awards are one of the most prestigious in the industry.

Özbilici’s picture is part of a series titled An Assassination in Turkey, and also won first prize in the Spot News Stories category. When it was taken, it sent shockwaves around the world and was shared extensively on social media. 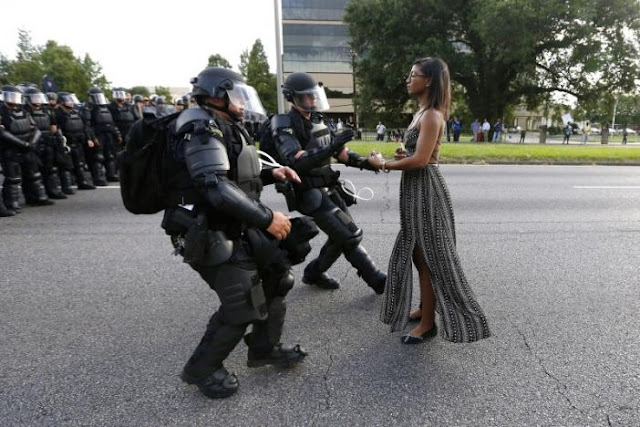 Other winners include Jonathan Bachman from the US for his photo, Taking a Stand in Baton Rouge, for Thomson Reuters; Matthieu Paley from France for his photo, China’s Wild West, for National Geographic Magazine; and Valery Melnikov from Russia for her long-term project Black Days of Ukraine, for Rossiya Segodnya.

The full list of winners can be viewed here.
Published by Bado at 12:00 AM