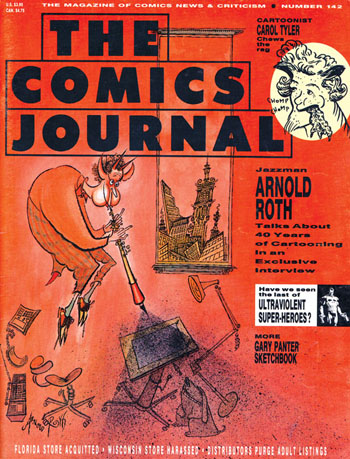 Arnold Roth is a workaholic. But in his case the old adage “all work and no play makes Jack a dull boy” doesn’t hold true. That’s because Arnold Roth’s work, cartooning, is his play.


Roth’s mother used to say he takes his good times with him. For the last 40 years he’s brought that good time to his drawing board — and to what seems like every magazine on the planet (Esquire, Punch, Playboy, National Lampoon, Saturday Evening Post, Sports Illustrated, Premiere, Holiday, Politiks, Smithsonian, Help!, just to name a few).

And as if that wasn’t enough to keep him busy, in between freelance assignments Roth has co-edited a humor magazine (Harvey Kurtzman’s Humbug), written and drawn numerous children’s books, illustrated book jackets, and drawn the syndicated comic strip Poor Arnold’s Almanac. 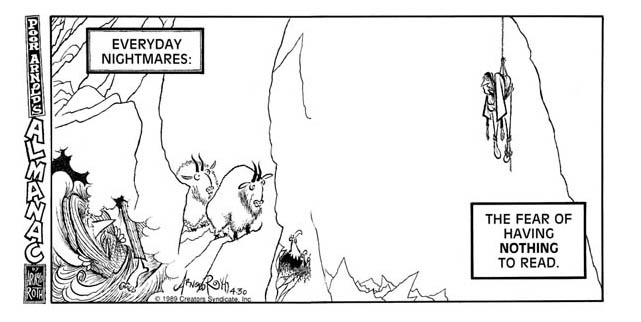 Arnold Roth is not a perfectionist. He’s the first to tell you that. His approach to cartooning is improvisational, spontaneous, organic — like jazz. (Roth is a jazz musician and aficionado.)

He doesn’t do fastidious pencils, if he does them at all. And if his pen happens to slip a little? The results can be serendipitous. Of course, this is not to say Roth’s work is slipshop; au contraire, he’s a true virtuoso.

Arnold Roth is a funny guy. His exaggerated, bizarre, highly stylized illustrations are funny, too. The drawings themselves are funny — not just the gags. Like Roth says, the humor is “inherent” in the drawing. As you’ll see in the interview conducted in the summer of 1989, Roth’s got quite a sense of humour.

The kind of guy you’d love to have at your next cocktail party, he’s got a million hilarious anecdotes and he’s more than happy to tell them.