The European Press Prize has announced the Longlist of the third edition of the European Cartoon Award, founded in 2019 with Studio Europa Maastricht, to recognise courage and quality in the field of cartooning.
The 40 longlisted cartoons, selected from the hundreds that were submitted, will be part of an exhibition at the Beeld en Geluid Den Haag museum in The Hague from September 22, 2022.
The 16 cartoons that made it to the Shortlist will be announced next week. 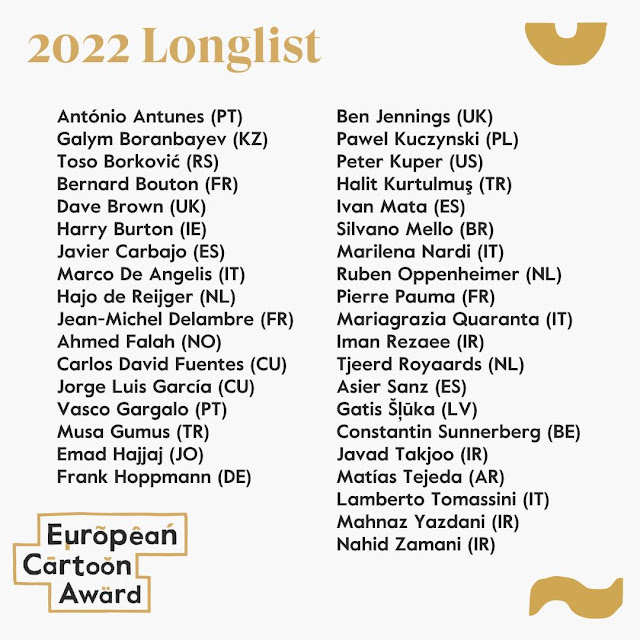 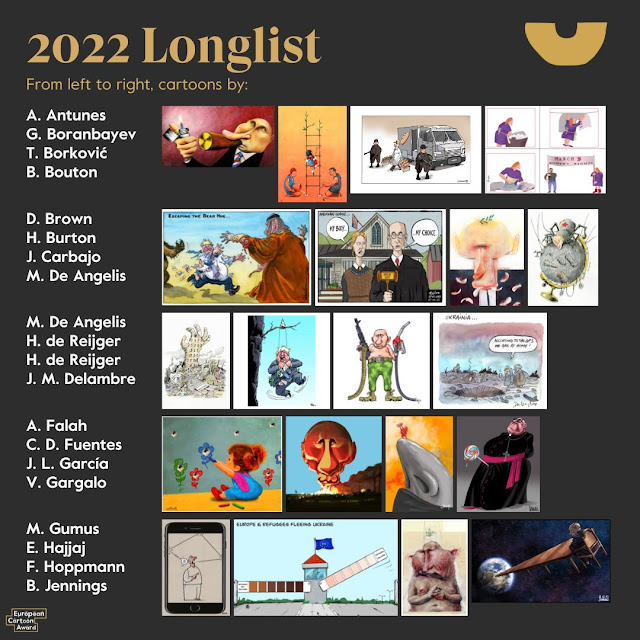 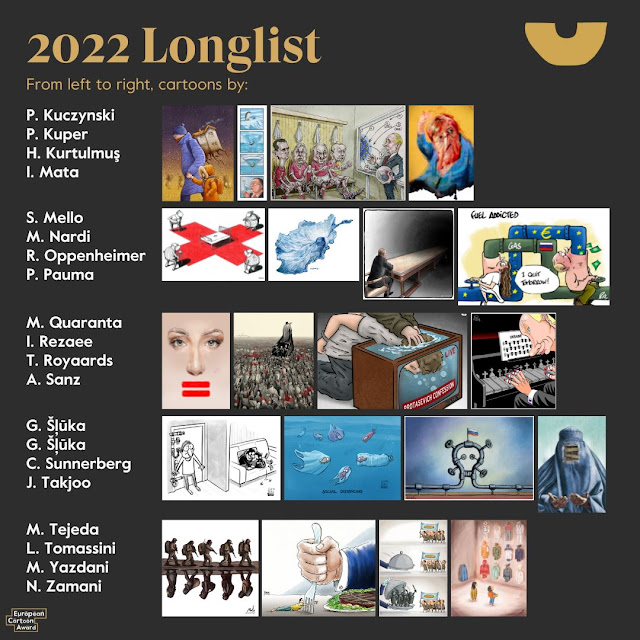