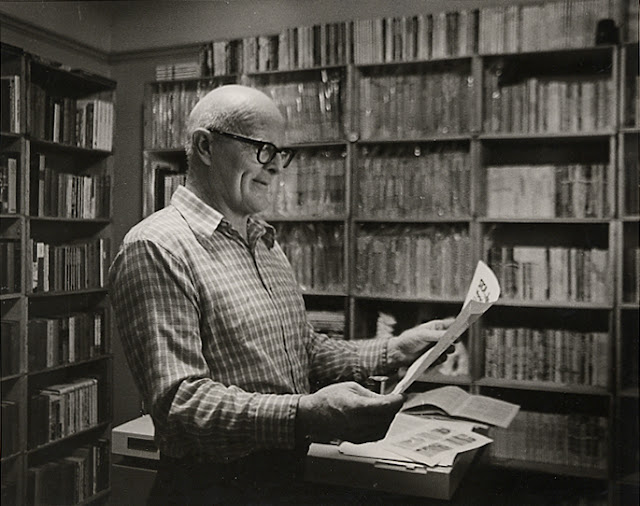 MAN SAVES COMICS! Bill Blackbeard’s Treasure of 20th Century Newspapers, which mines the staggering 2.5 million items in the San Francisco Academy of Comic Art Collection, will be on view at the Billy Ireland Cartoon Library & Museum.
Twenty-five years ago, six semi-trucks arrived at The Ohio State University. They contained the world’s most comprehensive collection of newspaper comic strips and cartoons, totaling 75 tons of material.
Bill Blackbeard, a comics historian and collector, had amassed this vast and unparalleled collection in his San Francisco home starting in 1967.

Libraries around the world had begun discarding their bound volumes of newspapers and replacing them with microfilmed versions in the mid-1900s, asserting that newsprint was too bulky and prone to deterioration to retain.
Realizing the limitations of black and white microfilm for preserving our cultural heritage, Blackbeard founded a non-profit called the San Francisco Academy of Comic Art in order to collect discarded newspapers from libraries around the country and to save the comics and illustrations they contained.

These invaluable historical documents provide a unique view of popular graphic art at the start of the 20th century, when illustrated newspaper pages and comic strips were at the heart of visual culture and communication.
Pre-dating radio, cinema and television, the impact of the daily newspaper as a tool for information and entertainment cannot be overstated, and the cartoonists whose imagery and ideas filled the pages entered the homes of millions of Americans.
Art Spiegelman, Pulitzer prize-winning creator of Maus, called the collection “the most important endangered archive left on our planet since the destruction of the Royal Library of Alexandria.” 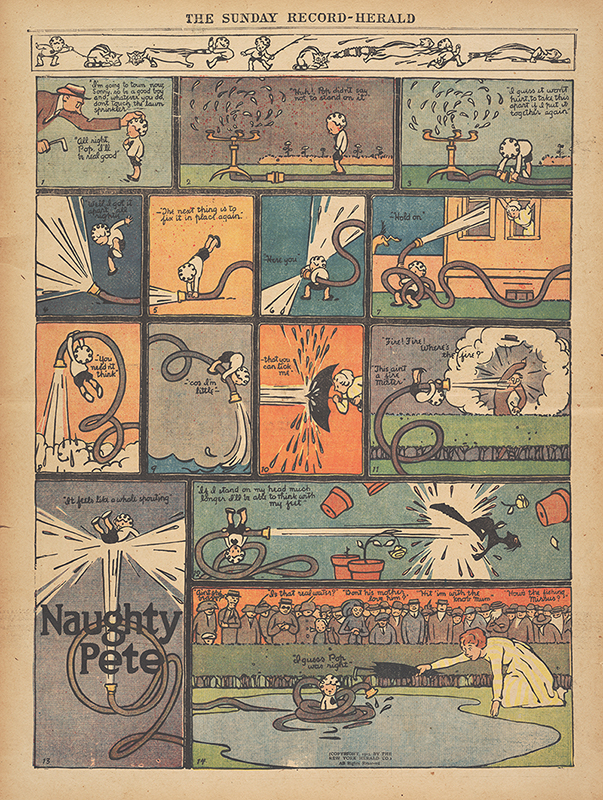 Alongside an immersive display of richly colorful early 20th century Sunday pages are highlights from the sections of a newspaper itself, ranging from Winsor McCay and Nell Brinkley’s editorial cartoons to Rube Goldberg and Kate Carew’s cartoon coverage of sporting events.
Obscure and forgotten cartoonists are celebrated alongside the canon works of comic strip history, such as Polly and Her Pals, Flash Gordon, Alley Oop, and Gasoline Alley.
Artists featured include George Herriman, Tad Dorgan, Rose O’Neill, Johnny Gruelle, Elsie Robinson, and countless more. 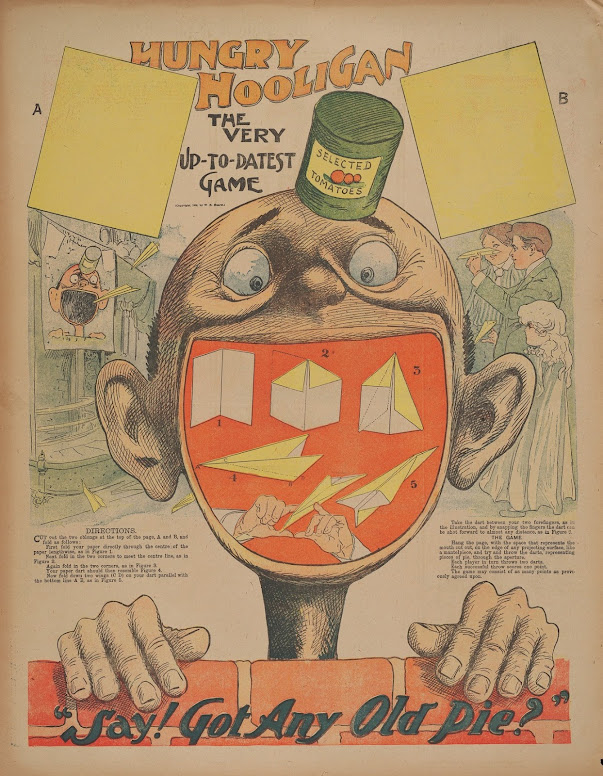 Blackbeard’s heroic efforts to rescue and preserve this material are celebrated in this exhibition, which also features an exploration of the process for printing turn-of-the-century newspapers.
Molds known as “flongs,” metal plates, archival video clips from printing plants and additional artifacts will be on display.