From Mike Lynch Cartoons.
Curator Jenny Robb shows us through The Billy Ireland Cartoon Library & Museum archives.
Published by Bado at 3:00 AM No comments: 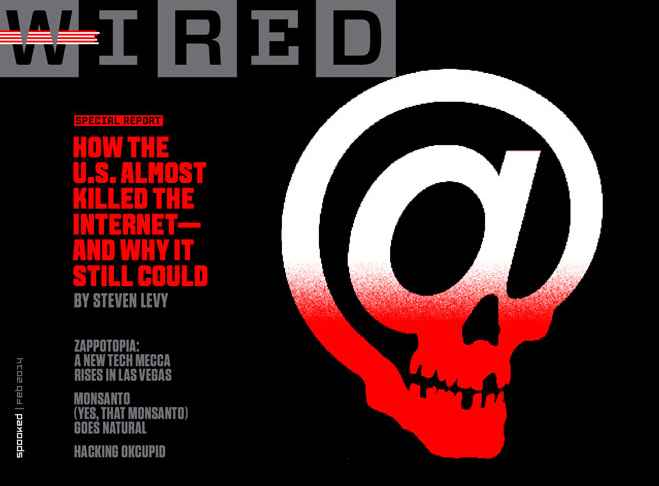 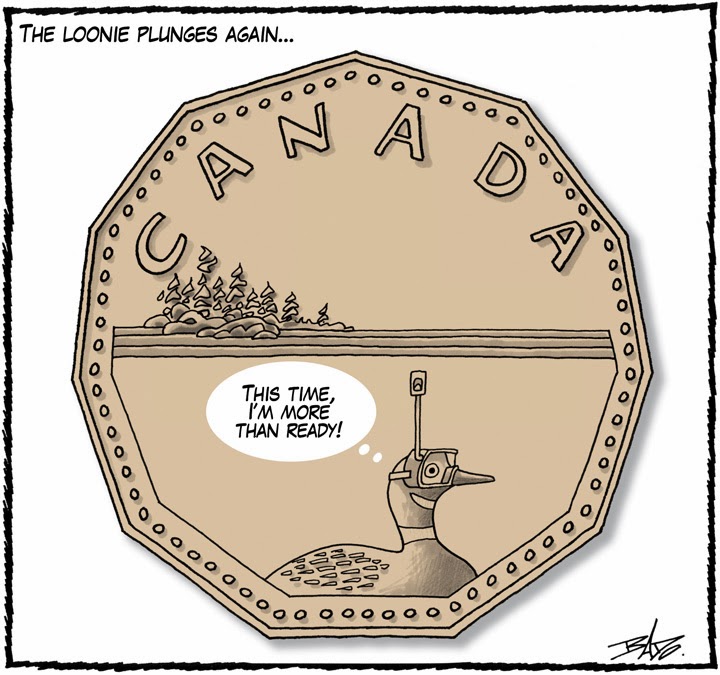 The above cartoon was featured on the Yahoo! Canada website today.
Published by Bado at 11:56 AM No comments:

The visual identity to mark Canada's 150th anniversary in 2017

The Society of Graphic Designers of Canada asks: “As proud Canadians, do you want something truly memorable for Canada’s 150th anniversary logo? Help us send a loud and clear message to Ottawa about the identity development process for Canada’s 150th anniversary celebrations. Use the form below to send your message and sign the national petition:”

Canadians are using this website to petition the Government to develop a Design Advisory Board for the 150th celebrations identity. We are recommending that the board have representation from each of Canada’s three design associations (GDC, SDGQ, RGD). Use the petition form to make your voice heard, show your support for Canada’s professional design community, and send a clear message to Ottawa about the development of the identity for Canada’s 150th anniversary celebrations.

Email ThisBlogThis!Share to TwitterShare to FacebookShare to Pinterest
Tags : Design 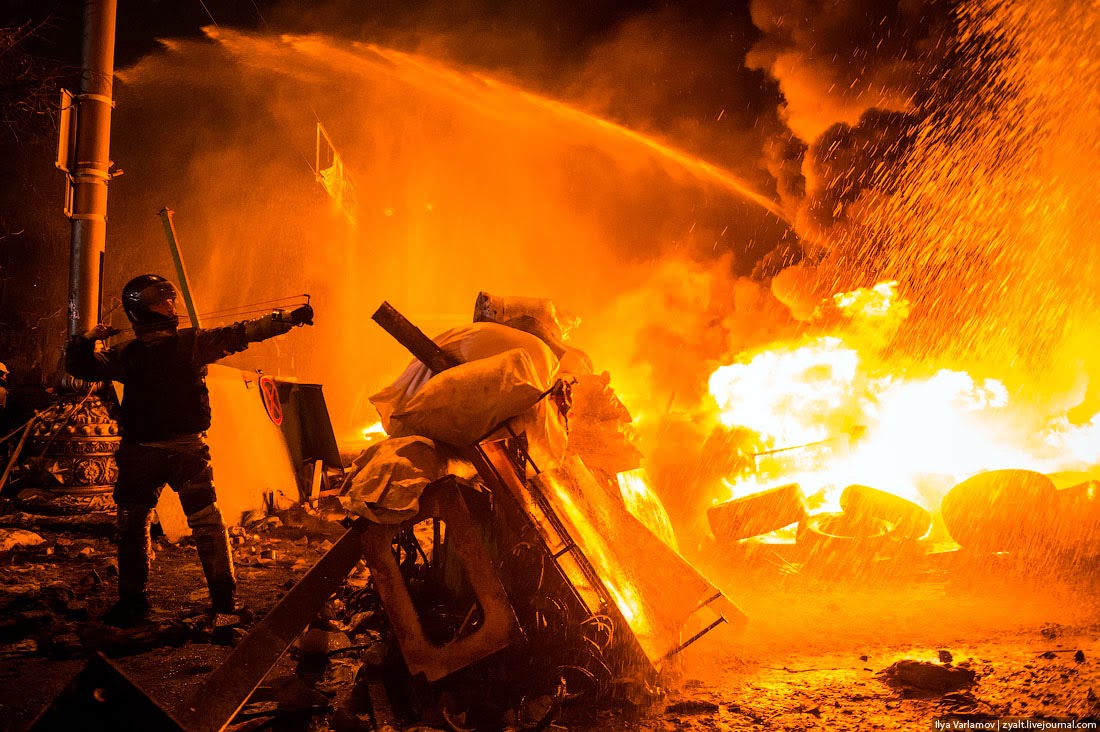 A first hand photographic report here.
Published by Bado at 4:44 PM No comments: 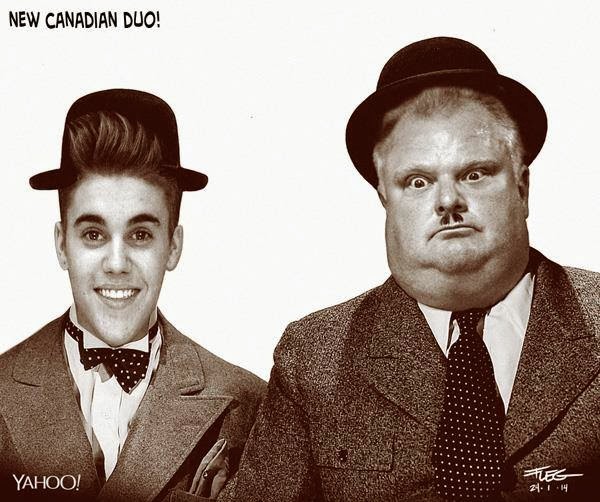 More than 30,000 people have so far shared Fleg's "Bieber @ Ford" cartoon published in Yahoo! and Yahoo Québec. Facebook figures also show that more than 500,000 people have seen it.
Published by Bado at 1:47 PM 1 comment:

Dave Coate has an excellent round-up of comic strips by legendary cartoonists Charles Schulz and Bill Watterson on the theme of snowmen. Snowmen have so much potential for humor and both cartoonists mined it well.
Published by Bado at 3:00 AM No comments: 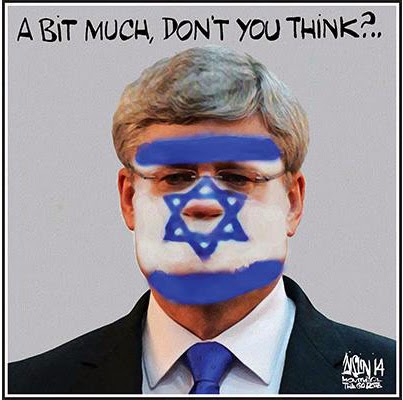 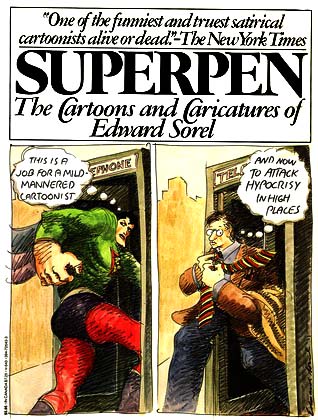 More info>
Published by Bado at 6:17 AM No comments: 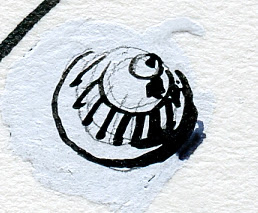 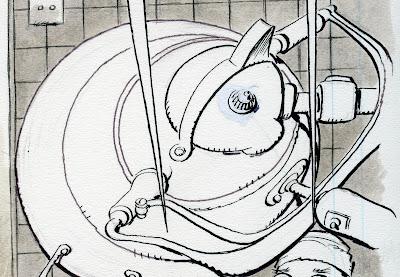 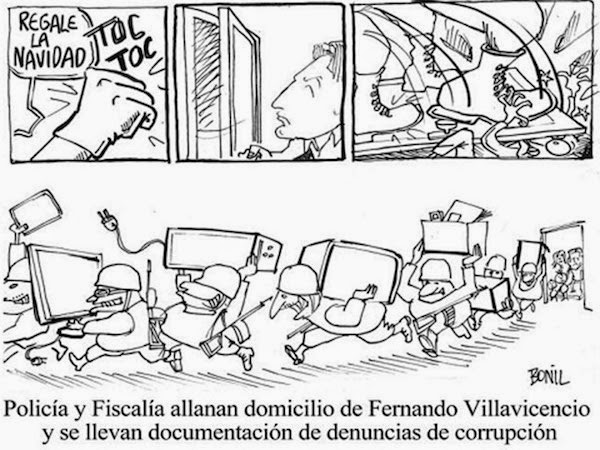 The drafting table is going the way of the Dodo bird

The fine folks over at King Features posted photos of some of their talent’s studios. I love photos like these. What stands out to me is the lack of the drafting tables. You know, the old tilted tables where you’d also dip a brush into an ink bottle and try not to spill the bottle on said desk so it wouldn’t run down the desk, across the artwork and on to your lap? By my count – more than half of the cartoonists (seven out of thirteen) featured here are working on normal office desks and most of those within arms length of a computer to check Facebook, Twitter and the email from editors asking if they had any concept of deadlines. Sure, some might have a portable board (Jim Borgman, Mort Walker, but the ol’ stand alone drafting table is the minority in these photo samples.

Next thing you know, they’ll be drawing directly on those computers!
More info>
Published by Bado at 8:57 PM No comments:

...this wonderful cartoon by Peter Brookes. 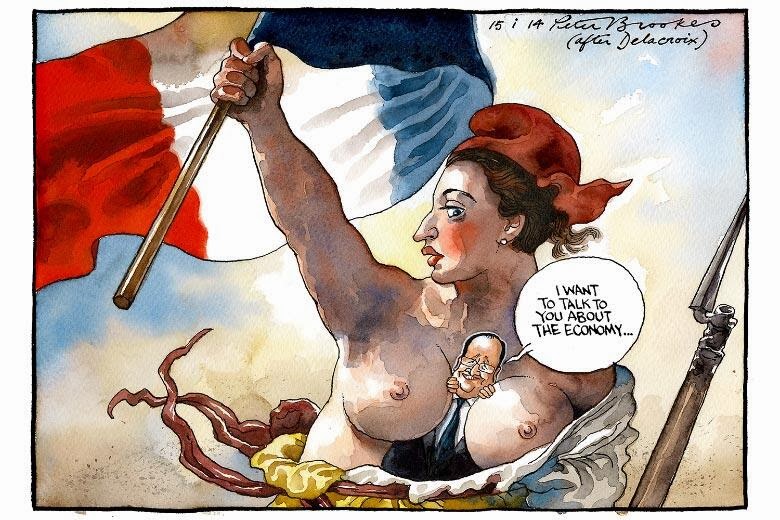 More from the Times cartoonist: 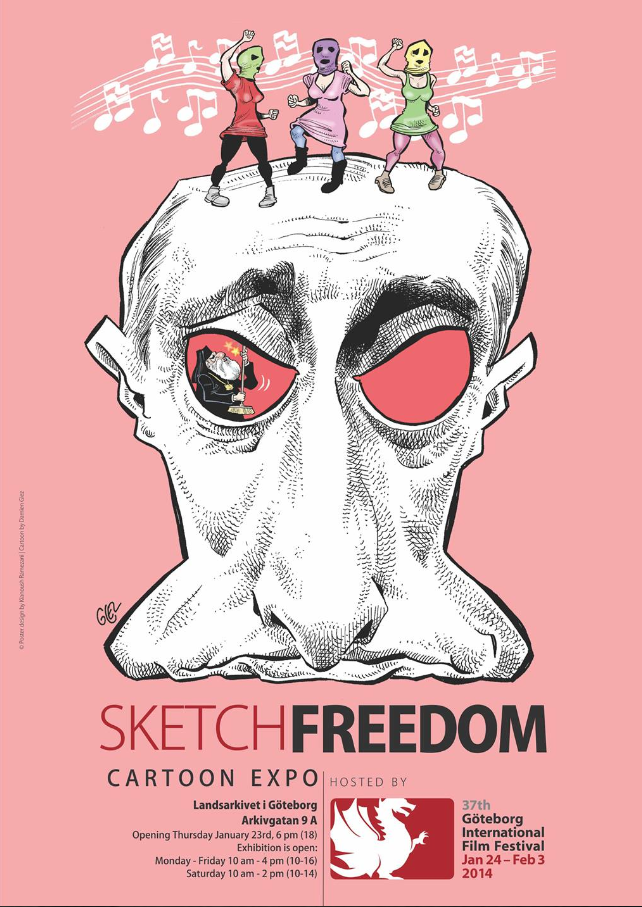 From the Bizarro blog. 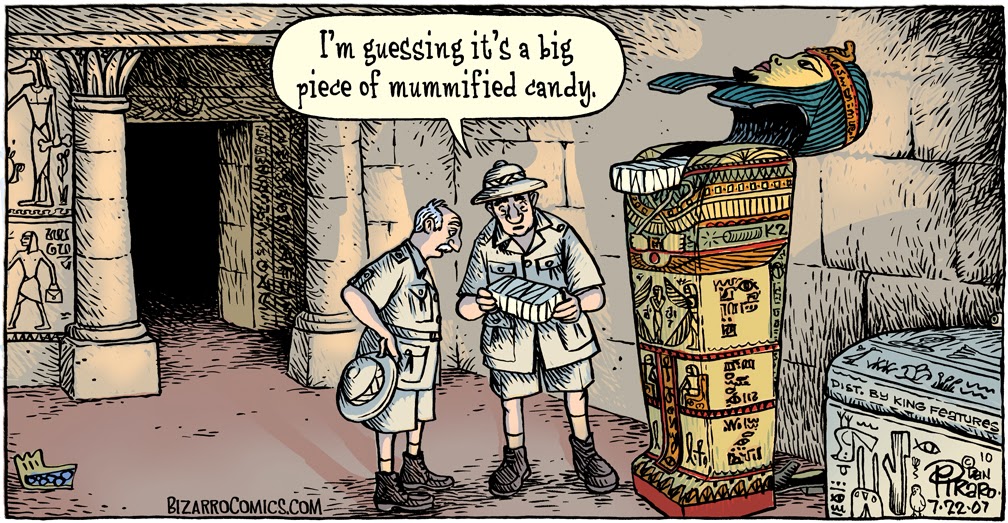 I stopped doing drawings on paper in November of 2011 (I now draw directly on computer) so my original art from previous years is now all that will ever be available. A friend of mine has begun offering one image per week on eBay, which is a great way for you to get one for less than I normally charge. Here’s this week’s eBay listing of a Sunday cartoon which I have featured on this blog. I charge $600 for these but as I write this, the bid is less than $50! I’m late in posting this so there are only a couple of days left on this sale, I think. Hop on over there and pick it up, I need the money!
More info>
Published by Bado at 3:00 AM No comments:


Scott Bateman’s infographic on the recent cold spell that he posted on his Tumblr site last Friday ended up in USA Today yesterday – kind of. The infographic that ran in USA Today was cleaned up (language), but essentially left intact (see below).

The incident was reported by Jim Romensko. USA Today’s editor-in-chief David Callaway apologized to Scott and assured that he was addressing the issue to make sure Scott receives the proper credit and the lapses inside the paper were addressed.

Email ThisBlogThis!Share to TwitterShare to FacebookShare to Pinterest
Tags : Plagiarism 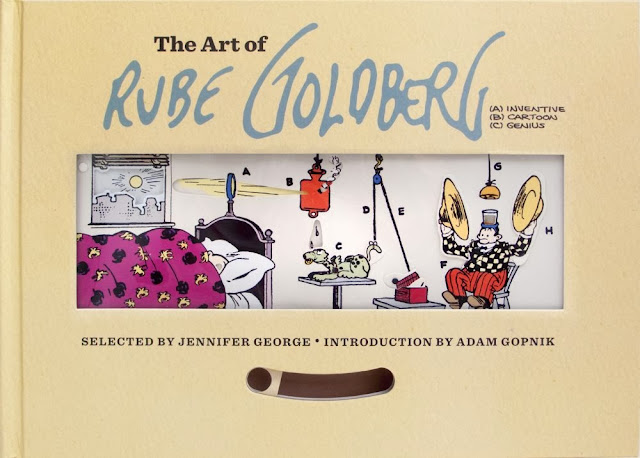 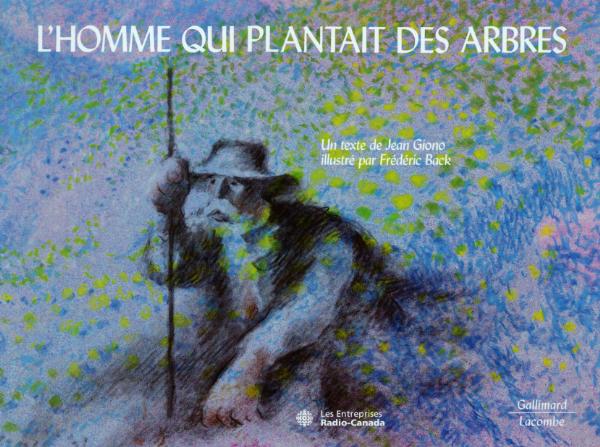 Frédéric Back, the animator best known for his Academy Award-winning short films, The Man Who Planted Trees and Crac!, died December 24 after a long battle with cancer.
More info>
Published by Bado at 11:04 AM No comments: