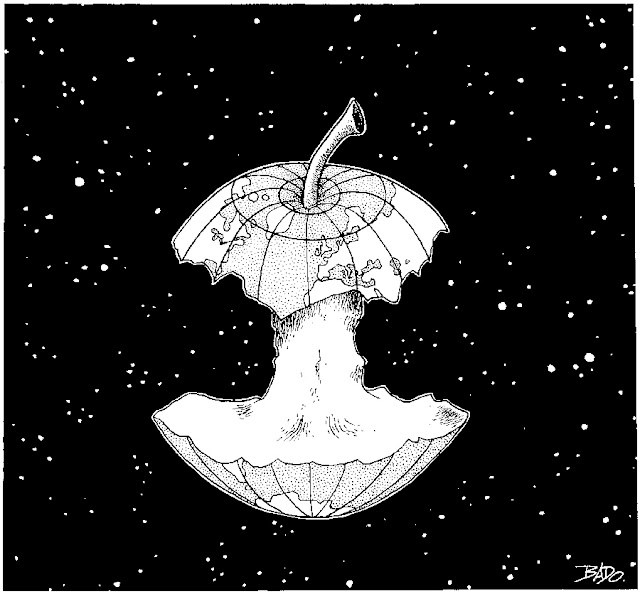 After "The racist is the Other...", my drawing of Earth as an apple is the most reproduced.
It was first conceived for a booklet published by SVP (Société pour vaincre la pollution) in the early 80's. 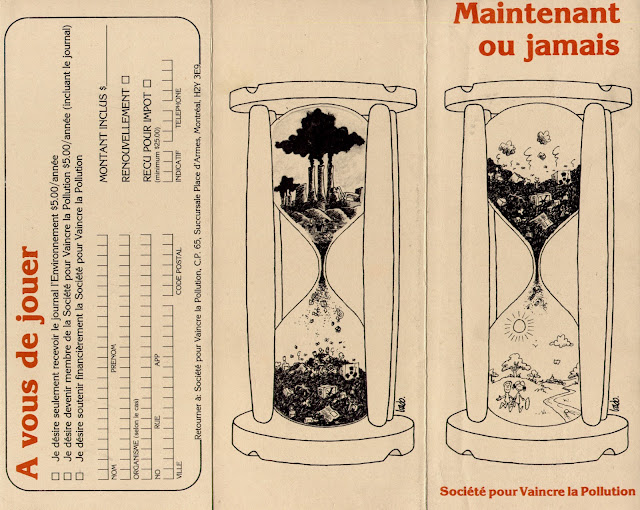 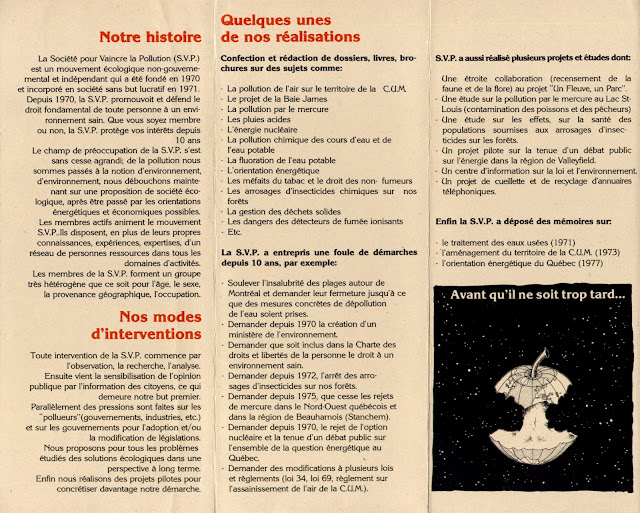 I then sold the image to the Cartoonists & Writers syndicate in New York. 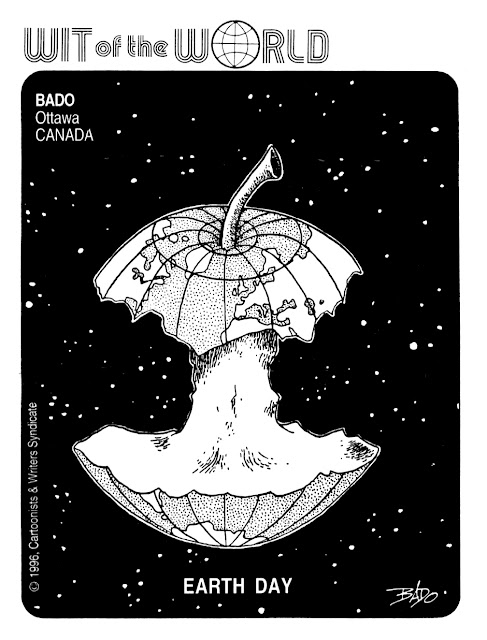 During a WittyWorld magazine meeting in Omiya, Japon, I gave the image to my colleague Yugoslav Vlahovic who reproduced it in the newspaper NIN.

It has been reproduced in the exhition catalogue of the International Conference on Population and Development in Cairo, 1994.

... as well as in the 1993 edition of Best Editorial Cartoons of the Year and in a school manual.

Finaly, I drew a colour version for the arts section of Le Droit daily.

It was this version that was part of a travelling exhibition sponsored by the Alliance française in 2010... 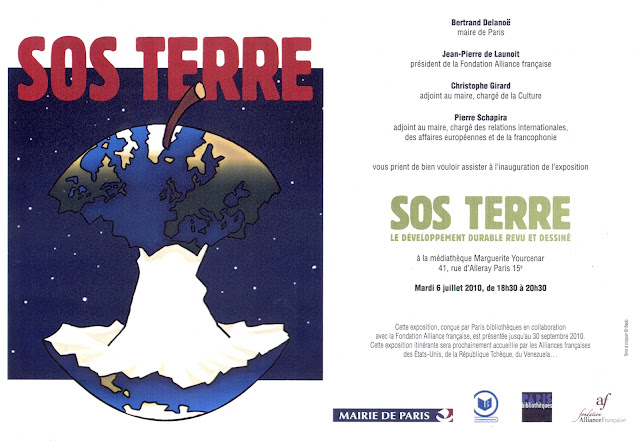 ... and the Cartooning for Peace permanent exhibition in the Caen Memorial in Normandy, France. 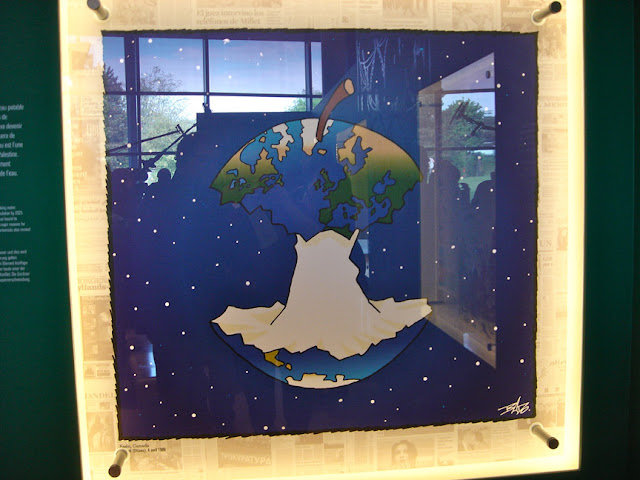 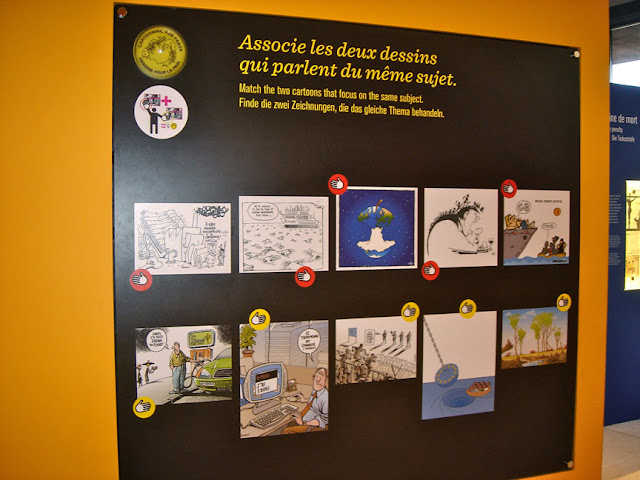