Like many newspapers, the Washington Post runs a column listing various health code violations for the week. Each entry describes the circumstances leading to a closure of a food establishment by the investigating health department. Here's a sample of a recent column:


It's buried in the Local Living type section along with another column equally enjoyable, the Animal Watch, listing those run ins with animals, wild and domesticated, that've required the intervention of a vested authority. (Its probably-untoppable apex was reached years ago with a report about a squirrel found racing around inside a single-family residence. Two policemen showed up after the homeowner called 911 and quickly isolated the rodent in the living room curtains, but the squirrel broke free and dove into a grand piano. One officer, thinking quickly, played a few bars of something by Toad the Wet Sprocket and the squirrel shot out of the piano and disappeared out the front door.)

These columns appeal to me for all kinds of reasons: the poker faced style, the easily graspable nature of the incidents and, in the case of the health code violations, the fact that restaurants are fun to draw. When I was doing the Poor Almanac (1997-2009) and was looking for an idea (always) I could usually scare up enough jokes to fill out the cartoon without the desperation being too apparent. Because restaurants are not only fun to draw; they're inherently funny.

Here's one of only 4 or 5 in color, from c. 2000. Lugubrio's is based on a place near Dupont Circle where the lights were so low the waiters were disembodied voices and you ate by feel, often off another's plate. 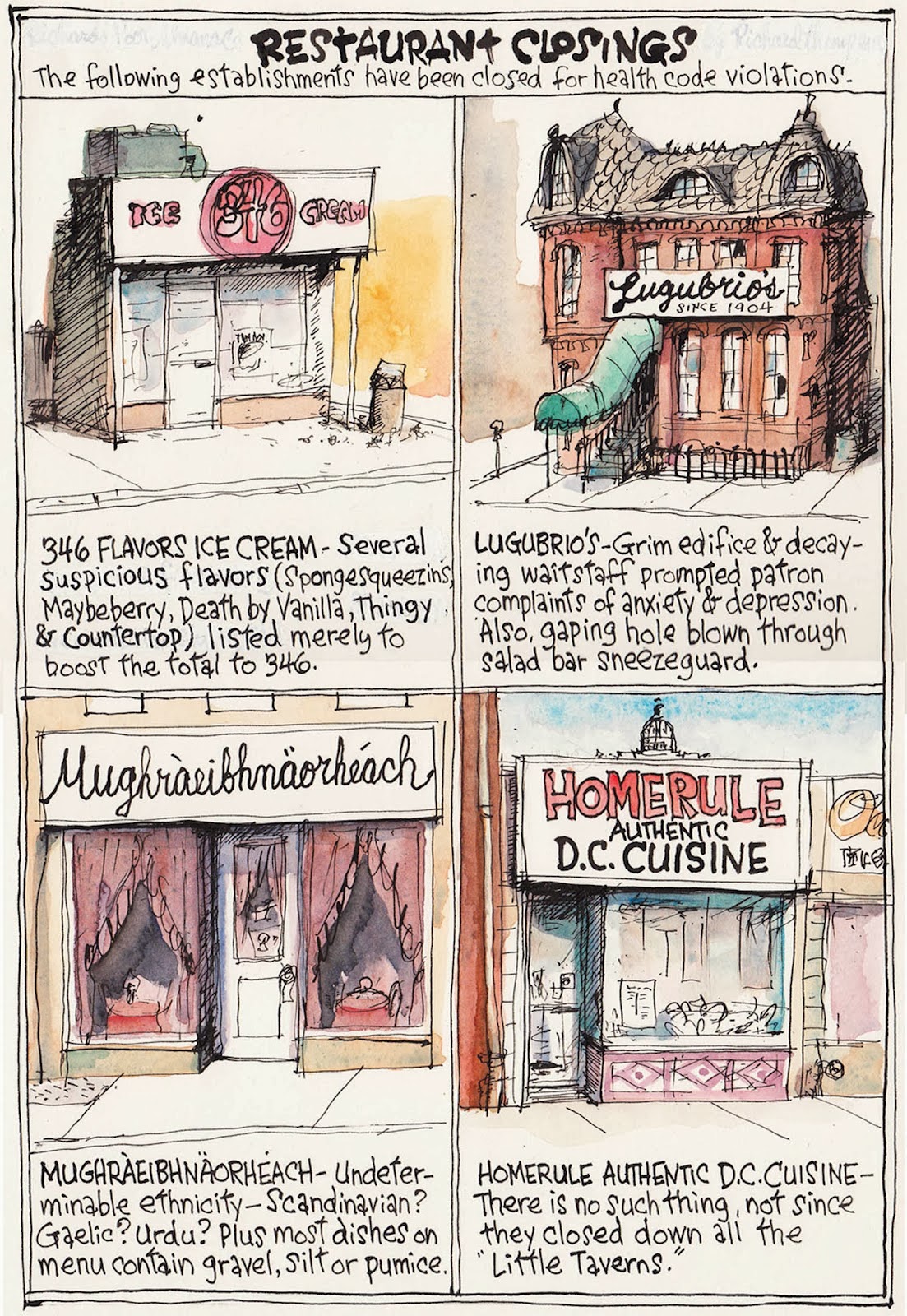