Backlash Over a Pat Bagley Cartoon 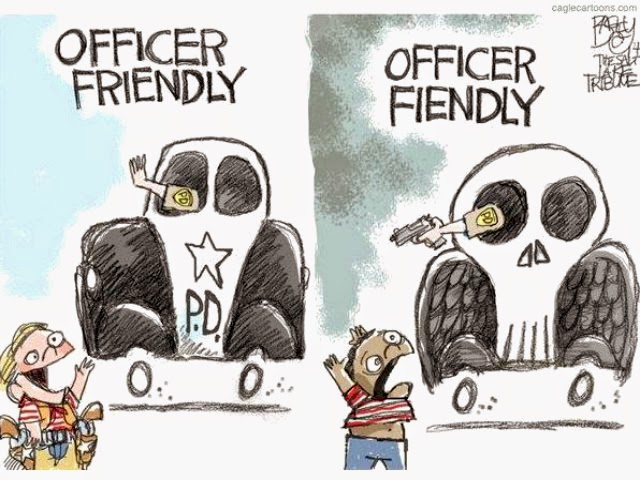 Lynchburg, VA - A political cartoon published on the News and Advance has started a firestorm online. It's also posted on their editorial cartoon page and a lot of people are talking.

The officer waves to the white child, and points a gun at the black child.

The cartoon touching on the national discussion of race relations and police has started another discussion, here in Lynchburg. This is the cartoon published by the News and Advance, Friday -- that some are calling 'racist' and 'despicable.'

Salt Lake City Tribune Cartoonist Pat Bagley created the nationally syndicated "Officer Friendly" cartoon. Many see it as an attack on law enforcement officers everywhere.
"I'm offended by it. I have a state trooper son-in-law and I see it as putting our police officers at risk" said one woman.

For Claudy Maupin, this satire was no laughing matter. "Whether it's a black officer, white officer, black child or white child, somebody shooting somebody is not a cartoon" said Maupin.

McGowan says he has received calls from outraged members from West Virginia all the way to Georgia. “Instead of working on solutions and real issues in a constructive way, they have chosen to fan the fires of hate and racism" said McGowan.

McGowan also released this statement on behalf of the Virginia Division of the PBA:

During my 25 year law enforcement career and during the time I have been Executive Director of the Virginia Police Benevolent Association I have never before seen the level of unprofessionalism and ineptitude displayed by the author of that inappropriate cartoon, or the media that choose to distribute it. Instead of working of solutions to real issues in a constructive way they have chosen to fan the fires of hate and racism, serving no constructive purpose.

The Virginia Police Benevolent Association stands in full support of all law enforcement professionals, confident that the voice of reason will soon be heard above the rhetoric of hate and distrust.

The News and Advance issued a response to the community's reaction. It reads, in part - "We urge you not to let a political cartoon divide our community. Rather, let's use it as a springboard to debate and dialogue, because in talking to each other, we can address and overcome problems, not succumb to them."

ABC 13 reached out to Pat Bagley who said :

"My cartoon about 'Officer Friendly' shows how blacks and whites often view the police differently, in this case taken from the point of view of children. The fact is, black Americans are more likely to experience hostility and violence from police than are whites. That truth is borne out by data and a large body of research. The kids running around with toy airsoft guns in my mostly white neighborhood never give a second thought to the idea that they could be gunned down by a policeman who might mistake them for an armed threat."

In related news, the Bensalem Police has demanded a full-page apology following the publication of the following Chris Britt cartoon in the Bucks County Paper. 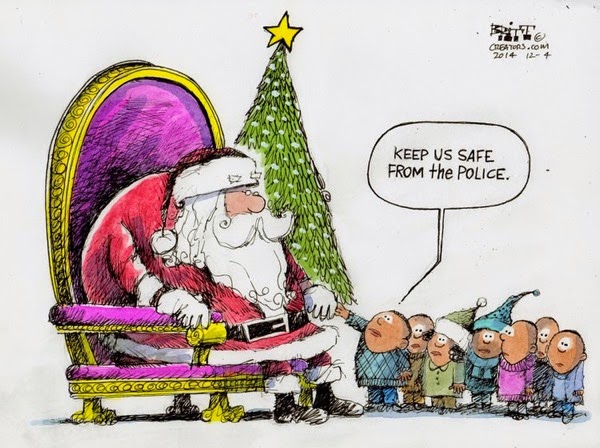