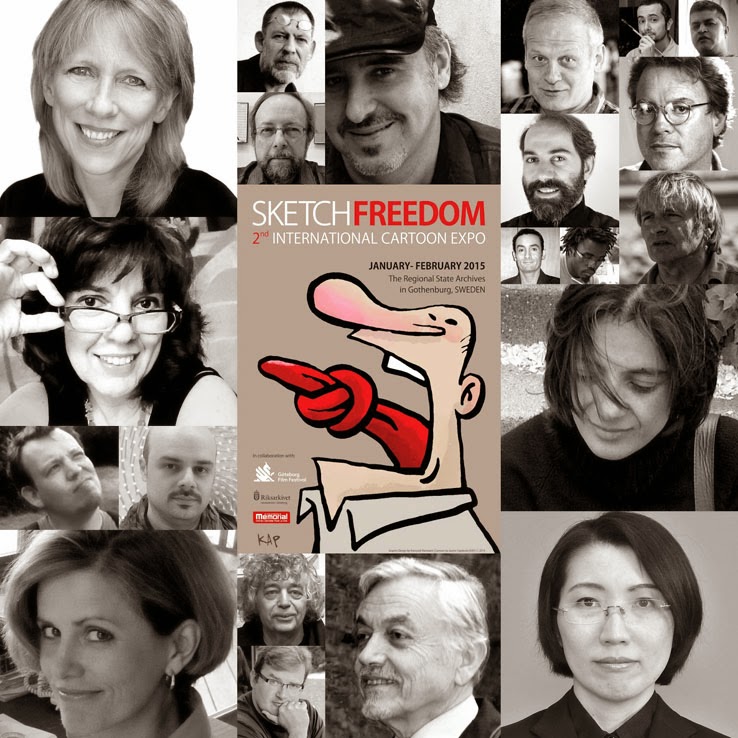 The second edition of Sketch Freedom, an international cartoon expo, will take place in Gothenburg, Sweden in early 2015. Organized by exiled Iranian cartoonist and activist Kianoush Ramezani, the expo is an official event of the Gothenburg Film Festival, and brings together the work of many great cartoonists from all corners of the globe.

The 'Sketch Freedom' movement started in 2013 in Normandy, the same place that thousands of humans sacrificed their lives to end the Second World War and give freedom to the people of Europe. It’s a world movement for exiled cartoonists that is proudly hosted by Le Mémorial de Caen. The movement, founded by Kianoush Ramezani, premiered last year in Gothenburg.

The second Sketch Freedom Expo, officially sponsored by Le Mémorial de Caen, will show artworks that manifest the value of freedom of expression, by the world's top cartoonists. Their cartoons are published in the major world journals like the New Yorker, the Washington Post, Courrier International, the Moscow Times, El Universal, Le Droit, etc. 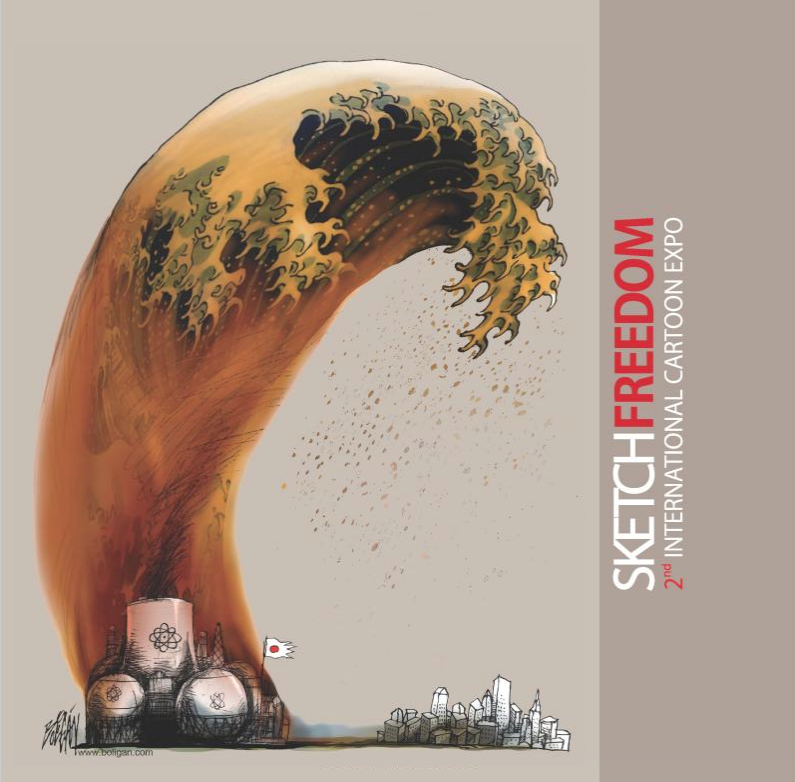 There will also be a 150 page catalogue of the exhibition. I don't know which of my cartoons have been selected but here is the opening page of the section where they will be featured. 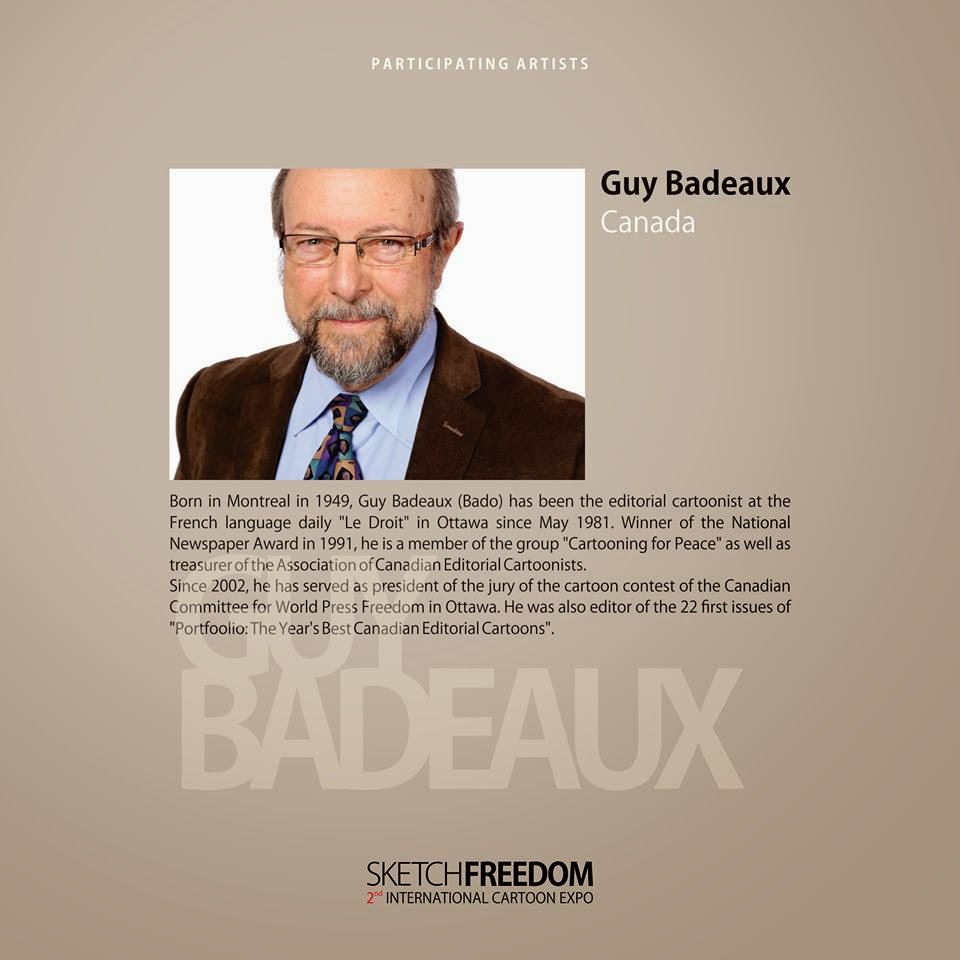