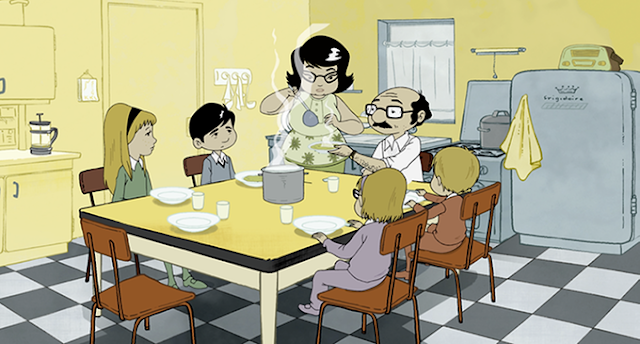 Cartoonist Michel Kichka launched, a few weeks ago, a Kickstarter campaign to finance an adaptation of his Second Generation: What I did not tell my father comic book to the big screen.

In the form of a comic, the artist tells about his relationship with his father Henri, the only survivor of the Holocaust in his family. The narrative, conducted from the son’s point of view, shows that the father’s experience of Auschwitz significantly affected both the lives of individual members of the post-war family as well as many aspects of their life, such as the up-bringing of children, communal eating and celebration of holidays.
Henry, a deported to Auschwitz, is one of the few survivors of the Holocaust. Back home he marries and has four children. He is unable to talk about his deportation. The lack of understanding sets among the family. Kids wonder about their father 's past, his secrets, laugh at him kindly taking, for example, the number on his arm for a phone number, or wondering why he declares an excellent school certificate his "revenge on Hitler".

After the Eichmann trial, the father decides that this horror must be known to never happen again. He returns to Auschwitz with students. It will take all his time and often forsake his children who criticize his long absences ... But children grow up and they finally understand the need to share his essential testimony.

Michel Kichka, one of Henry's children, has told the true story of his family in a comic book. The film will keep his attitude: telling about a childhood and adolescence under the ever present knowledge of the Shoah within a wide range of frightening and happy experiences and even hilariously funny moments.