Diary of an Editorial Cartoonist 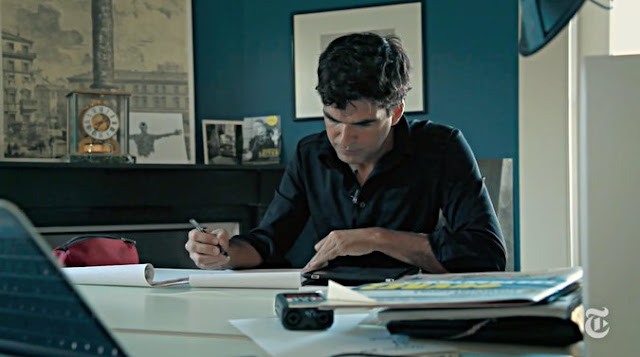 Times Insider shares insights into how we work at The New York Times. In this piece, Patrick Chappatte — whose editorial cartoons are published on Wednesdays and Saturdays in The Times’s international editions, on NYTimes.com and on its social media pages — treats us to a behind-the-scenes look at his creative process, from thought bubble to flatbed scanner, with a dark-chocolate-and-Nespresso fix somewhere in between.

The evolution of an idea (or two):

Going through some of Trump’s tweets, I’m thinking “childish.” 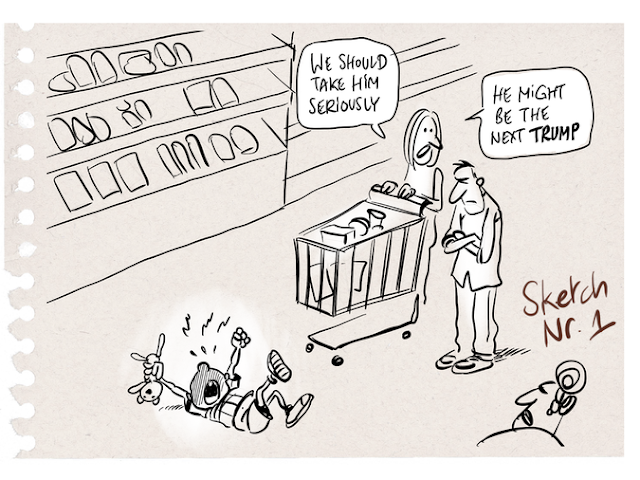 A tweet button alongside the nuclear button on the presidential desk. Hmm. That’s another idea. 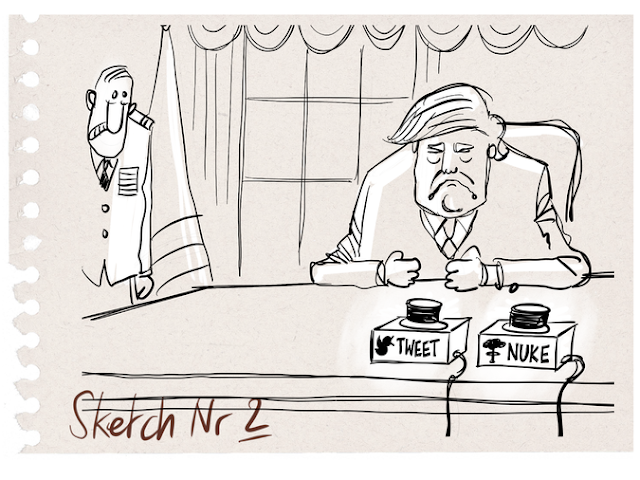 Bombastic, outsized figures do not make for the easiest satire target. 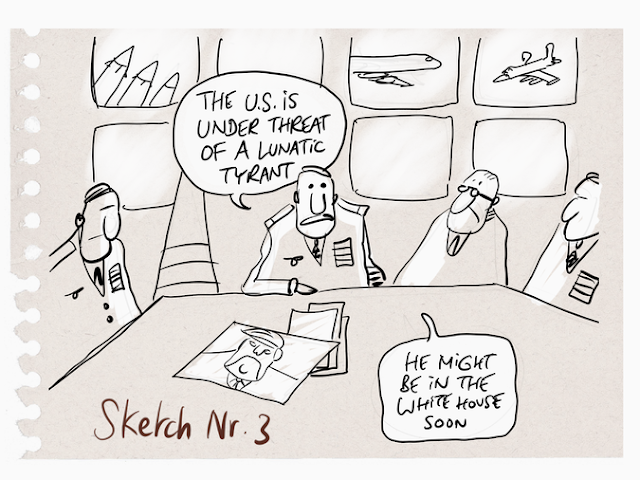 I need to wrap up. I’m at four sketches. 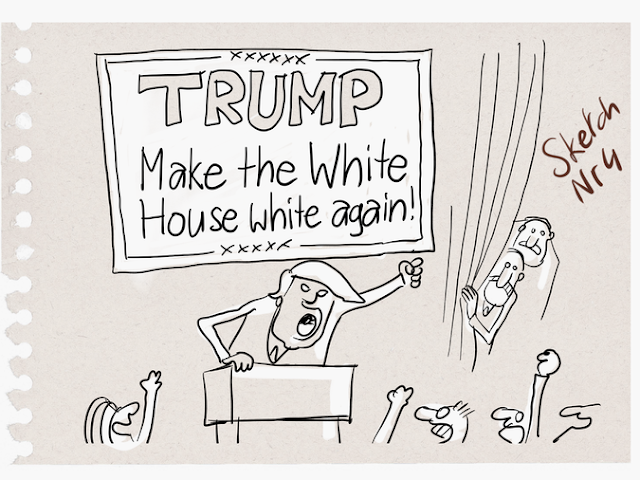 The results of my polling of the Opinion team are in. Sketches number 1 and 2 are essentially tied. I say let’s finalize the crybaby idea, and keep the second one for later use. 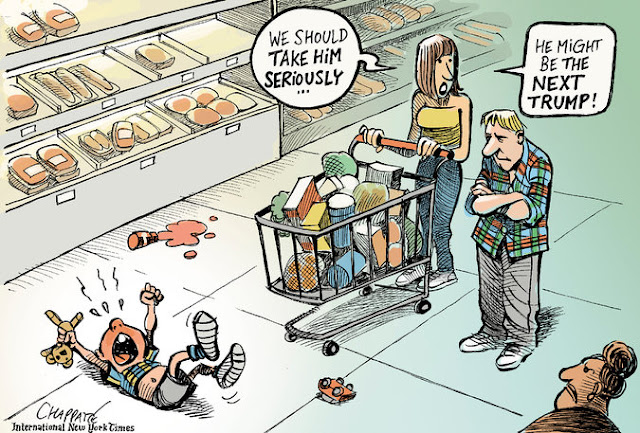 That was a productive morning! 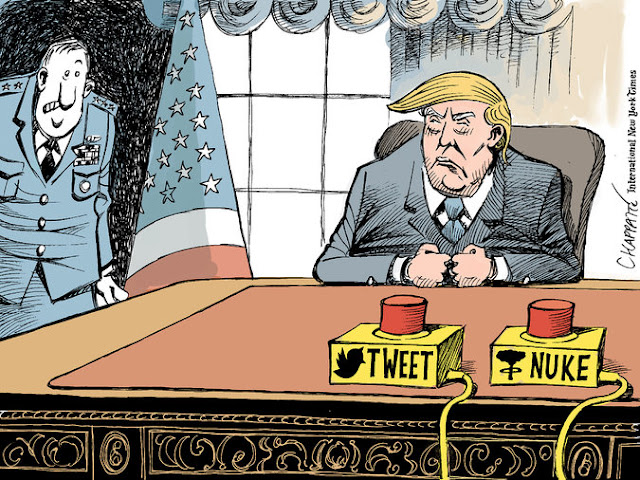 The full story here.
Published by Bado at 12:00 AM