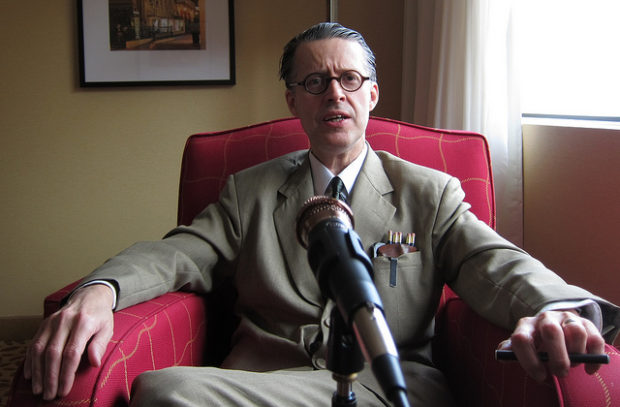 In the episode 220 of Virtual Memories, cartoonist Seth talks about Palookaville, making a living, his changing relationship to comics and cartoonists, his retrospection on the ’90s cohort he came up with, the creative sanctity of the studio and the creation of art no one will see, finishing his Clyde Fans serial after 20 years (and what he wants to work on next), being the subject of a documentary, seeing his work animated, doing collaborative work, taking up photography, a key lesson he learned about marriage, the disadvantages of being a people pleaser, why Kickstarter may be like an IQ test, and more!


“I’m over that hump, where I’m no longer as engaged with the medium of comics as I used to be.”

Seth is the cartoonist behind the long-running comic-book series Palookaville. His books include Wimbledon Green

, all published by Drawn & Quarterly.
He is the designer for The Complete Peanuts, The Portable Dorothy Parker, The John Stanley Library, and The Collected Doug Wright.
From 2014 to 2016 he partnered with Lemony Snicket on the young readers series All The Wrong Questions.
He is the subject of the recent award-winning NFB documentary Seth’s Dominion

, and was the winner in 2011 of the Harbourfront Festival Prize.
In 2017, he collaborated with the musician Mark Haney for the musical performance Omnis Temporalis, and his cardboard city installation was featured in the Art Gallery of Ontario’s sesquicentennial group show Every. Now. Then: Reframing Nationhood.