From Trudeau to Trudeau: Fifty Years of Aislin Cartoons

Montreal Gazette cartoonist Terry Mosher (Aislin) sat down with the Citizen ahead of an exhibition of his work at the Ottawa Citiy Hall art gallery.

The event comes on the heels of the release of his new book, an illustrated career retrospective titled Trudeau to Trudeau: Aislin 50 Years of Cartooning.

Burned in effigy. Denounced for committing “a crime against fundamental Canadian values.” Named to the Order of Canada.

Those are some of the rewards Terry Mosher has reaped during 50 years of lampooning Canadian politics and culture.

The Ottawa-born cartoonist, known by the nom de plume Aislin, has spent most of his professional career at the Montreal Gazette, parsing, through his distinctive lens, such pivotal events as the FLQ Crisis, the Canada-Russia Summit Series and the election of Quebec’s first Parti Québécois government. After more than 13,000 drawings, he takes credit for being “equal handedly malicious” to all sides.

Among his most famous cartoons is the image of René Lévesque facing out from a panel and telling Quebecers and Canadians, “OK everybody take a Valium,” the day after the separatist PQ was elected in 1976. But there have been many more, from Brian Mulroney’s brassiere-supported chin to an early critique of Canadian icon Leonard Cohen. 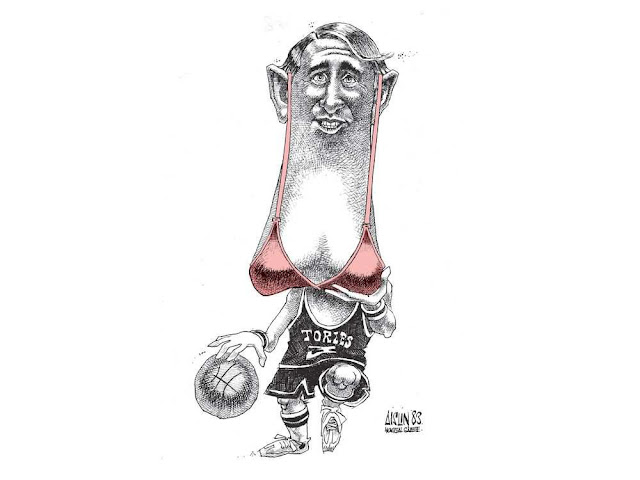 
You don’t pop out of the womb and say I’m going to be a political cartoonist. In fact, I was a bit of a rascal when I was a kid. My dad (in public affairs with the Navy) moved around a lot, so I ended up being equally comfortable on Queen Street in Toronto or Ste. Catherine Street in Montreal, to Rue Saint Jean in Quebec City, which was great preparation for being a political cartoonist in Eastern Canada.

It really was serendipity that allowed me to work in Montreal. I ended up landing there in ’67, trying it out as a cartoonist, and, you know, within a few years, I mean, suddenly Pierre Trudeau is the prime minister, René Lévesque is forming the Parti Québécois and there’s the October Crisis.

There’s the Canada-Russia hockey series. The paper sent me there. Then the Olympics, then the election of the PQ. So in Montreal, it’s been a series of really quite intriguing, and in some cases dangerous, other cases happy, events that I’ve been allowed to draw.

From my particular perch — working for English language papers in Quebec, but speaking French, there’s so many scenarios. I’m surrounded by Gilbert and Sullivan plays. One going on in Ottawa, another in Quebec City, city hall in Montreal. And on a quiet day I can draw Donald Trump.

On what makes a great political cartoon …

Most cartoons, memorable cartoons, and I’d like to think that I’ve drawn a number of those, are usually tied to an important event or an important personality. … My best known cartoon was ‘Everybody Take a Valium,’ in 1976, the day after the PQ was elected. That was like a safety valve.

On what’s become of the art form …

The internet has changed everything. There was a time when people took seven or eight seconds to look at a cartoon. But now it’s down to three or four seconds, if that. People are very impatient. They want (a cartoon) to jump at them. Cartoons are much simpler than they used to be. Maybe evolved in terms of the interior texture and so on, but they’re very simple and direct. There are good things and bad things about that.

He’s a cartoonist’s dream, almost too much so. I notice that other people are starting to say this: He’s almost too easy to draw. There’s not a lot of challenge there. He’s a walking cartoon himself. … He’s a walking clown, everything. And so anything you do to him is believable. Anything.

On his most hated cartoon …

The most negative reaction to a cartoon was drawn in 1997. There was a terrible tragedy at Luxor, when some terrorists took great glee in beheading some children, tourists. And, being a father of young daughters, I was just furious about that. So I drew a deliberate cartoon, an insulting cartoon that was labelled something about radical Muslim terrorists and I drew them in head gear but as dogs, knowing full well – I’ve studied some religion – what an insult that is, in the Muslim religion, and then to add fury to it, I said “with apologies to dogs everywhere.” Well, it took a few days, but boy the s–t hit the fan on that one. There were demonstrations in front of the Gazette, burning me in effigy and all that sort of things.

I’ve always had trouble with religion, because I’m flippant about religions. I don’t hold much belief in them.

You get 25 letters of protest, you should pay attention. Get 4,000 and don’t bother, because it’s clearly organized.

I don’t regret drawing cartoons much. Because after all, what these are, they’re thoughts on a piece of paper, exaggerations, one person’s point of view.

"Five decades of political cartoons", a radio interview on CBC's The House.

A few photos of the exhibition: 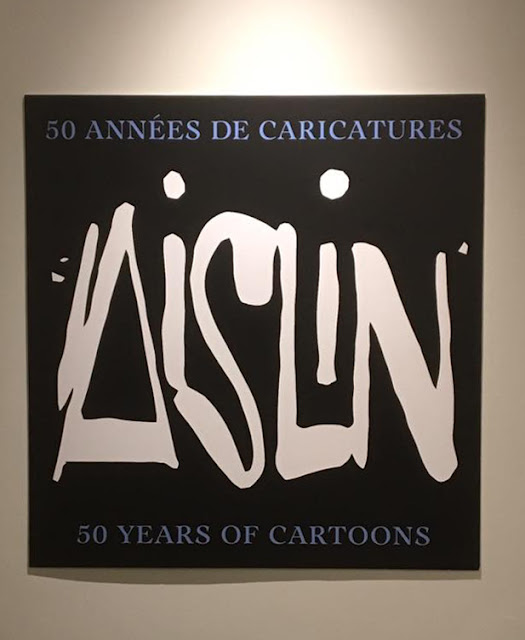 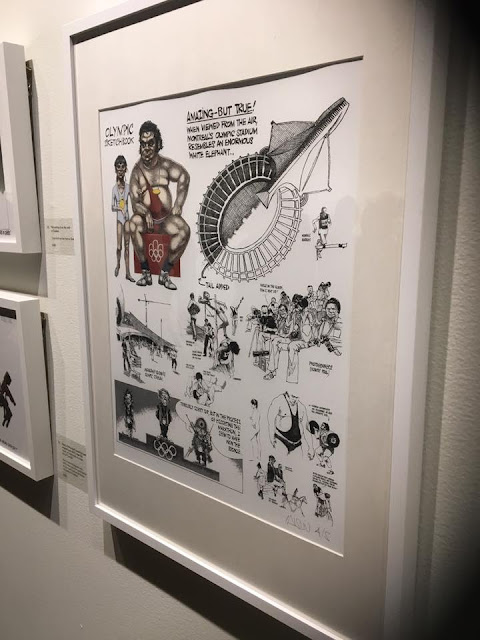 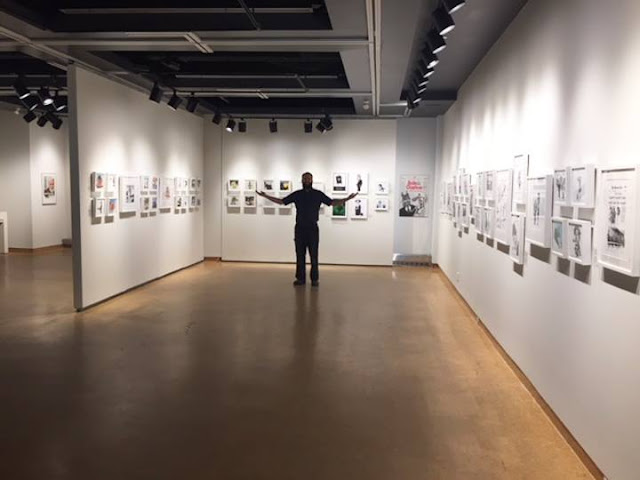