The idea of caricature, distorting people’s features to make them appear absurd or humorous, is a powerful device and one that has been utilised for centuries as a way of challenging the ruling elite.

“Satire has always been a tool to criticise and attack those in power – a form of protest,” says Mark Wilson, exhibitions officer at the People’s History Museum.

“Political cartoons make a contribution to political debate and conversations unlike any other. They can capture the mood of the nation, say what others might shy away from and give unique political insight.”

A new exhibition, Savage Ink, shows examples dating as far back as the 1750s. With subjects such as the battle for the ballot and general elections, it is organised thematically, demonstrating how cartoons drawn centuries apart straddle time differences.

Wilson says the cartoons form a core part of the story of the museum itself, which is built on protest art.

They’ve had similar exhibits previously but felt it was worth revisiting as the appetite for political satire is reinvigorated in the era of Trump and Brexit.

The exhibition highlights how cartoons give the public a voice. Once only available to rich collectors, their widening audience reflected a growing interest in politics and democracy among the working class in the late 18th century.

The collection spans almost three centuries, but it is perhaps unsurprising that some controversial figures feature more regularly than others.

“We tried to be balanced but there are more cartoons of certain leaders. There’s a lot of Trump, there’s a lot of Thatcher,” says Wilson, who explains that this creative approach to undermine the powerful began in Renaissance Italy and continues to be a critical part of the political cartoon.

A display of early examples by the likes of William Hogarth (1700s) alongside the work of The Guardian’s Steve Bell highlights this and, says Wilson, “gives older works a bit of their life back by placing them in different contexts”.

A key ambition of the exhibition is to showcase the variety found in approaches to political cartoons. In addition to Hogarth and Bell, featured work includes that of Spitting Image creator Peter Fluck and protest printmaker Paul Peter Piech. There’s examples of political propaganda too – demonstrating the power of cartoons to influence public opinion.

Savage Ink also attempts to redress the bias towards male cartoonists, by exhibiting work by female artists such as Gertrude Elias. Wilson says they are rarely displayed despite being “beautiful cartoons with a fascinating story and context”. Some claim the series of anthropomorphic images by the Austrian-born Marxist intellectual was the inspiration for George Orwell’s Animal Farm.

If it’s possible to shock audiences today, Wilson says his best bet is currently in transit. “Fingers crossed it should get here, it’s coming from America.” The infamous Barack and Michelle Obama ‘terrorist fist bump’ first appeared on the cover of the New Yorker and provoked very strong reactions when it was first released. 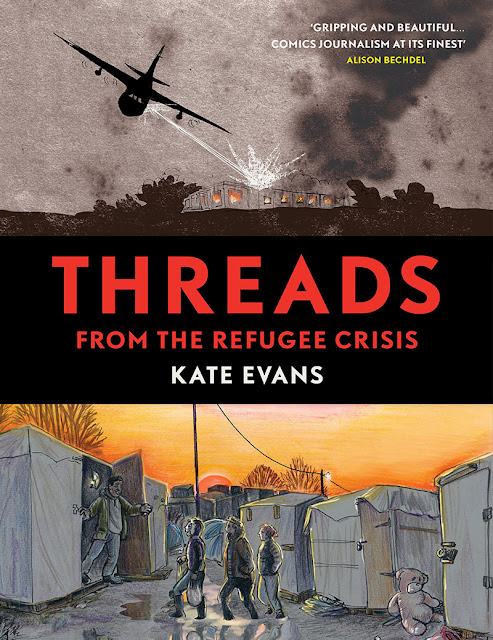 “Another aspect of the exhibition is the emergence of the serious graphic novel that borders on new journalism,” says Wilson, pointing to work by activist and author of Threads from the Refugee Crisis, Kate Evans, and Maltese-American journalist Joe Sacco, best known for his books Palestine and Footnotes in Gaza.

“Satire exists outside of the cartoon, but the spirit starts with the cartoon,” says Wilson who believes the form is evolving. Something as seemingly innocuous as a children’s comic book can be tinged with satire, he points out. 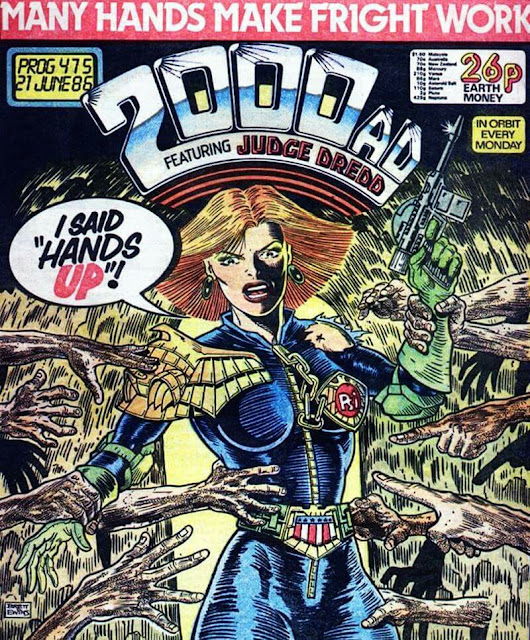 Marvel comics have referenced the war on terror, while the ongoing 2000 AD features satirical characters like Myra Schryll, of the Con-Cit party, and the villainous Bilious Barrage – thinly veiled parodies of Margaret Thatcher and Nigel Farage.

Wilson notes: “This creeping of satire into different formats shows a wider view of how significant pictorial satire is.”