Gary Larson's Far Side is making a return 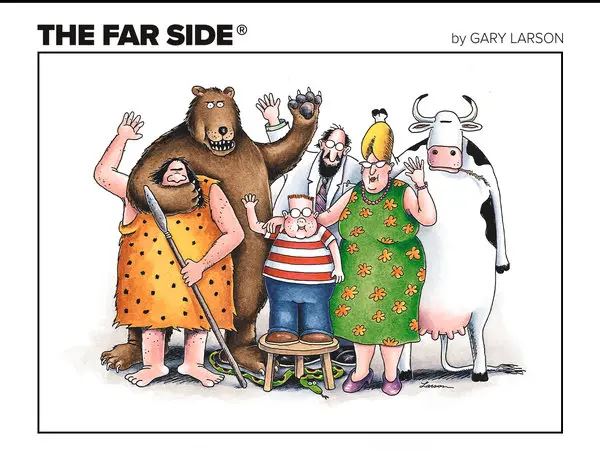 Far Side creator Gary Larson is releasing new work for the first time in 24 years. The cartoonist had retired from his popular single-panel comic at 44 years old.

As part of a “new online era,” The Far Side has launched a new website, which is set to include periodic releases of old comic strips and unpublished sketches from Larson.

He has long resisted publishing his pieces online.

In a letter posted to TheFarSide.com, he explained, “I still have some ambivalence about officially entering the online world — I previously equated it to a rabbit hole, although ‘black hole’ sometimes seems more apropos — but my change of heart on this has been due not only to some evolution in my own thinking, but also in two areas I’ve always cared about when it comes to this computer/Internet ‘stuff’: security and graphics.”

With advanced security and higher-quality graphics at his disposal, Larson added, “I also concede I’m a little exhausted. Trying to exert some control over my cartoons has always been an uphill slog, and I’ve sometimes wondered if my absence from the web may have inadvertently fuelled someone’s belief my cartoons were up for grabs. They’re not.

But it’s always been inherently awkward to chase down a Far Side–festooned website when the person behind it is often simply a fan.

(Although not everyone is quite so uncomplicated in their motives; my cartoons have been taken and used to help sell everything from doughnuts to rodent control. At least I offer range.)

So I’m hopeful this official website will help temper the impulses of the infringement-inclined.

Please, whoever you are, taketh down my cartoons and let this website become your place to stop by for a smile, a laugh, or a good ol’ fashioned recoiling. And I won’t have to release the Krakencow.”

"‘The Far Side’ Is Back. Sort Of. Gary Larson Will Explain" In The New York Times.
Published by Bado at 12:00 AM