Abdelhamid Amine, known by the pen-name Nime, was arrested in Oran, Algeria amid a wider crackdown prior to next week’s presidential elections.

Organisations such as Amnesty International and Human Rights Watch have reported on the increase in police action against activists, protestors and others as Algeria prepares to elect a new leader, delayed since April when President Bouteflika suddenly resigned and polling was postponed.

Nime was picked up by police in the city of Oran on November 26th.

On December 5th, charges were brought on “insult to the state and to representative figures of the state”. His new status as a criminally accused individual was confirmed by a statement from colleagues at the Creature design studio, where Nime was arrested.

A verdict is expected on December 11th, the day before the election, and social media users in the area say a sentence of 18 months in prison has been requested by prosecutors.

The charges apparently arise from a series of four cartoons posted on Nime’s blog between November 3rd and 14th, although no specific cartoon has been cited in court. 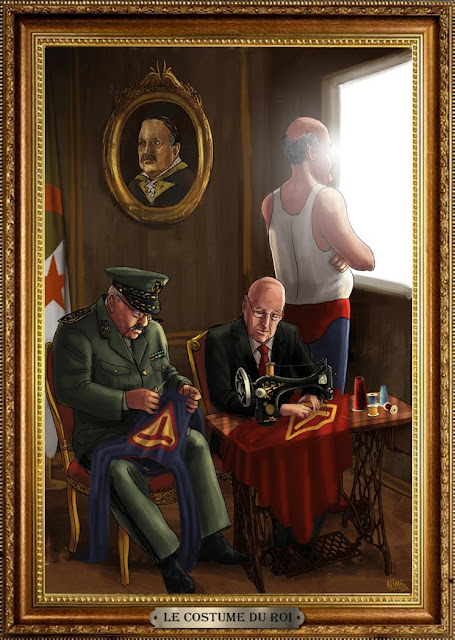 Unsurprisingly, the Francophonic and Arabic-speaking cartooning fraternities have been quick to respond to Nime’s plight, posting cartoons in solidarity on social media.

Some have taken Nime’s allusion to Cinderella in the first of his four cartoons as their cue, others have used his distinctive silhouette avatar.