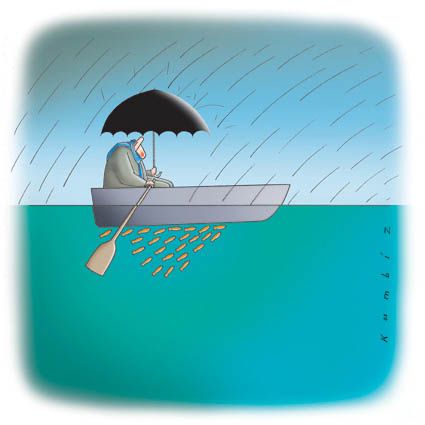 Top Iranian cartoonist Kambiz Derambakhsh, whose works were published in the world’s major newspapers and magazines such as New York Times and Spiegel, passed away in a Tehran hospital on Saturday after a severe battle with COVID-19. He was 79.
Born in Shiraz, on May 29, 1942, he began his professional career by drawing cartoons for Tofiq, Iran’s most popular satirical magazine before the Islamic revolution, when he was only 14.
Known for his talent to find obscure themes for his creations, Kambiz worked as a cartoonist, a graphic designer, and an illustrator for over 60 years.

Showcases of his cartoons in over 50 solo and 100 group exhibits in Iran and across the world and his cosmopolitan outlook on life in his artworks earned him international recognition.

In recognition of his artistic achievements, he was decorated by the French government with the Chevalier of the Legion of Honor Medal in 2014. 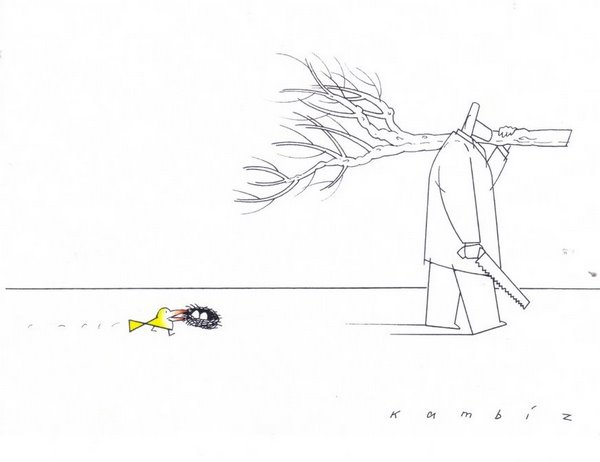 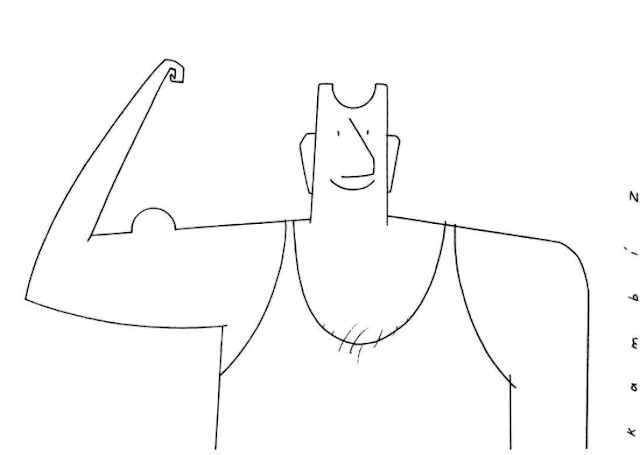 His works are exhibited at museums in Tehran, Paris, Basel, Hiroshima, Istanbul, Warsaw and several other cities across the world.

He also published his works in several books, one of which is Cats and Birds, which was released by Karnameh Publications in Tehran in January 2021.

The book contains a collection of his most recent paintings and drawings.

Derambakhsh’s book Visual Stories containing a series of his simple cartoons was published in 2017.

“Cartooning has occupied my entire life, and I think of it every single day. The cartoons and the lines might seem very simple at the first glance, but I have put in years of effort to achieve this,” Derambakhsh said at a session organized at the Book City Institute to introduce the book.

In March 2020, Derambakhsh shared a collection of his cartoons on coronavirus with his fans on Instagram.

As the cartoonist had said before, his cartoons reflected the coronavirus outbreak in the country. The new images also bore a small note giving warnings or recommendations to people to prevent the spread of coronavirus.
Published by Bado at 1:37 PM