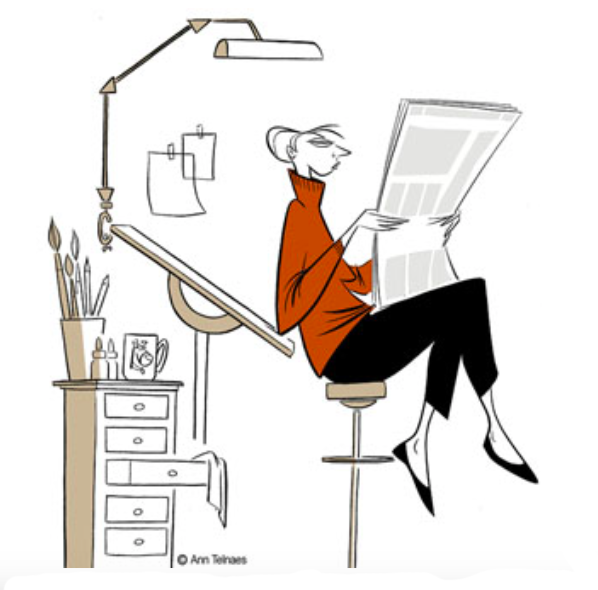 The Washington Post’s Ann Telnaes is this year’s winner of the EWK Prize. Named after political cartoonist Ewert Karlsson, and presented each year by the EWK Society in Sweden, the award celebrates satirists and cartoonists around the globe.

The selection jury noted that Telnaes’ work “appears as a ‘shining star of hope’ for picture-oriented journalism in a media landscape under pressure,” and that “her scathing visual comments, honed by her characteristic style, have been a force in the political game.”
In a statement Telnaes said, “I am very honored to receive this distinguished prize and also grateful that the art of satire and visual commentary is recognized and valued.
Editorial cartoonists and their work are an early barometer for the free speech health of societies and an essential part of democracies. 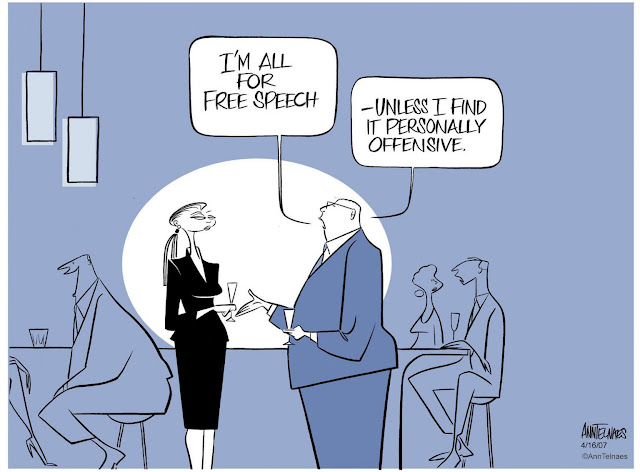 The troubling increase of autocratic regimes and an intolerance towards freedom of expression shows that the work of my colleagues from around the world is more necessary than ever.”

Due to COVID-19, the cartoonist will be unable to travel to Sweden to accept the award, and will instead be presented with the prize in San Francisco on November 18, from Honorary Consul Barbro Osher.
You can read the announcement here [via Google translate]: ewk.se/grattis-ann-telnaes-till-ewk-priset/
Published by Bado at 12:00 AM