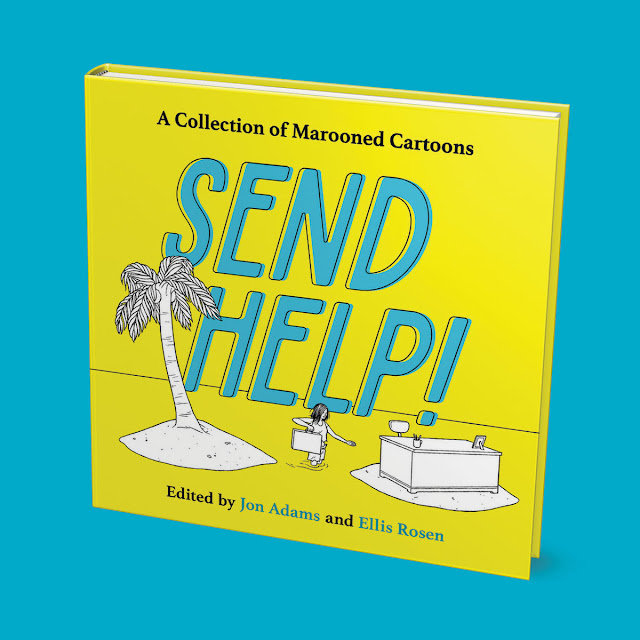 A hilarious collection of desert island cartoons from New Yorker cartoonists Jon Adams and Ellis Rosen to help us feel isolated. . . together.

This timely reflection on isolation brings together the best of a beloved genre, featuring an array of desert cartoons done in the signature single-panel style of a New Yorker cartoon.
Whether you’re feeling marooned in too-close quarters with a loved one, are frantically dreaming up ways to escape from your own quarantine island, or are simply feeling nostalgic for palm trees and sand, these cartoons are sure to make you smile–and we could all use a laugh right now.

Drawn from a diverse collection of contributors, these humorous drawings are an essential addition to any coffee table collection, and bring a much-needed dose of levity to the circumstances we all find ourselves in.
Ellis Rosen and Jon Adam on Send Help!

Listen, we don’t make the rules. You’re not a single panel cartoonist if you haven’t tried your hand at the desert island cartoon at least once. You have to draw the palm tree, the castaway, and then ask yourself, "What’s so damn funny about being stuck on a tiny desert island?" And then you have to answer yourself. What is so damn funny about it?

If you ask the 100+ contributors of our book, Send Help! you’ll get a lot of different answers. That’s the fun thing about the desert island trope—even after decades, cartoonists still manage to wring out fresh ideas. There are countless desert island cartoons out there. So why not put together a collection?

That idea seemed like such a no-brainer that we were surprised to learn no one had done it before. It felt like it would be easy to make. Simply ask our cartoonist friends for some unpublished desert island cartoons they had sitting around, plop them together, and voilà—a book! How hard could that be? Very hard, it turns out. 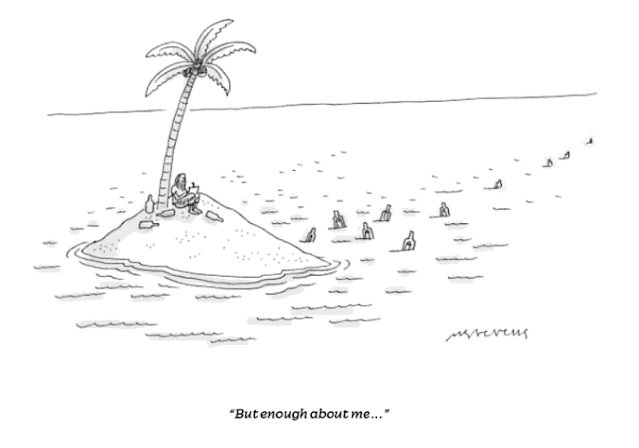 We reached out to many people we knew personally, as well as casting a wide net through several cartoonist communities. We received a slew of submissions, probably somewhere around 1,000. And every single one about desert islands.
With that many, we encountered a lot of similar jokes, and in some cases, identical ones. The joke we received the most was a dessert island. As in a cupcake-shaped island or some other very literal representation of a dessert.

But we also got a lot of similar, if not identical, funny jokes. In those instances, it was difficult to select one. Do we choose the one we saw first or the one by the cartoonist we’re most scared of?
Maybe the one with the better drawing, or the one from someone we just want to have in the book because they have dirt on us. It’s a juggling act, and our sweaty hands did our best.

It can be hard to reject someone, especially if you’re Ellis, a meek child who suffers from a debilitating fear of offending anyone. It can even be hard for Jon, a callous monster intent on destroying everyone’s dreams. No matter what, though, some people had to be rejected, even people we know and like. That’s the nature of putting together a book like this. 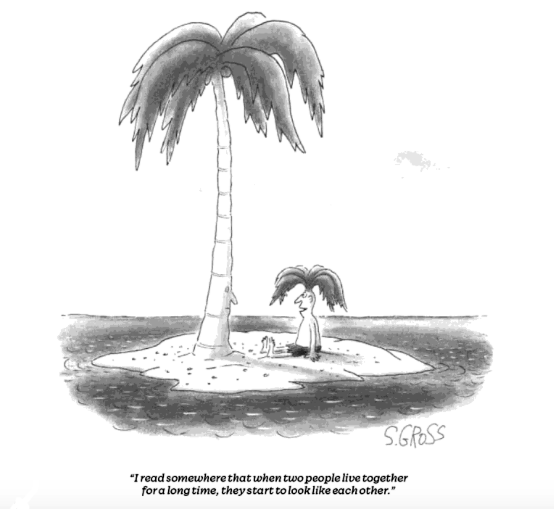 Then, of course, as there were two editors of this book, we each had our own perspective on what was funny. Agreeing was easy, but anytime we disagreed, we would fight to the death via text. There were many fights to the death, like this one:

ELLIS: What did you think of Stacy’s submission?
JON: Not her best work. We should ask her to send some more.
ELLIS: But I loved her cat one. It’s brilliant! I fell over in my chair, laughing.
JON: I don’t know, it was meh for me.
ELLIS: Sigh. Pistols at dawn?
JON: Eastern or Pacific time?

This isn’t the best way to spend an afternoon. In the end, though, our different viewpoints were more of a strength than a weakness, enabling us to bring in a wide variety of jokes and ideas. So what if Ellis ended up covered in makeshift bandages? You can’t make a cartoon collection without a few battle wounds.

That is the story of this book: A dual effort between two editors stranded alone on an island, looking at an endless sea of submissions, hoping to find the right cartoons for a book that would keep us afloat.
We certainly enjoyed making it, and we think you will enjoy reading it. If you don’t, please don’t let Ellis know. He’s quite sensitive.