From The Las Vegas Review-Journal. 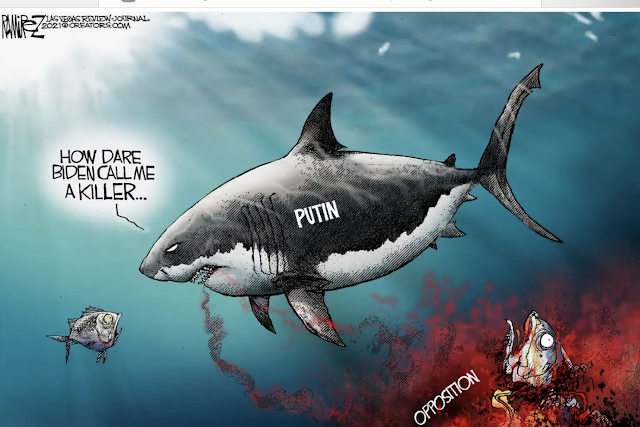 Las Vegas Review-Journal editorial cartoonist Michael Ramirez has won a top national honor again, this time the Best Cartoon Award from the Overseas Press Club of America for his work illustrating international affairs.
“I am deeply honored to receive this prestigious award. I am proud to be part of a great team of extraordinary journalists at the Las Vegas Review-Journal that puts out a great product every single day,” Ramirez said.
“While I am humbled by this award, I can’t take all the credit. I had a lot of help from a large number of nefarious regimes committing evil around the world.”

“It is rare to find a cartoonist who deftly creates both dark moods and light humor with such skill and intelligence,” they said.
“His work effectively eviscerates sacred cows and makes us laugh, even as we sometimes grumble.”

The award, announced Friday, represents the first time the Review-Journal has received recognition from the Overseas Press Club of America, the country’s oldest journalist association focused on international news.
“There is no finer editorial cartoonist than Michael Ramirez,” Review-Journal Editorial Page Editor John Kerr said.
“There is no finer artist, no finer wit and no finer critical thinker. We’re immensely proud to have Michael on our team, and we thank the judges of the Overseas Press Club of America for recognizing his work.” 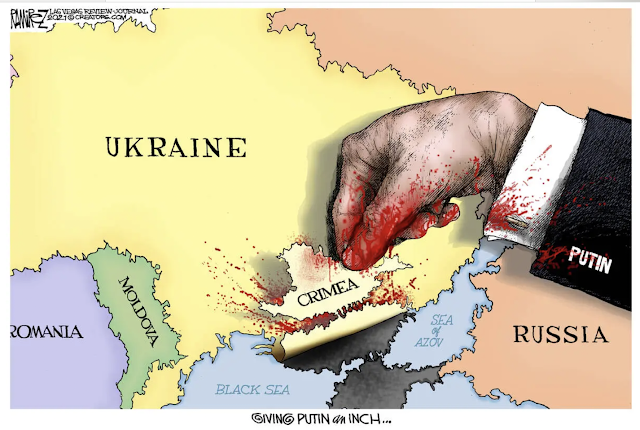 Ramirez was among prestigious company: Other winners in the 83rd Annual Overseas Press Club Awards included staff from the New York Times, The New Yorker, The Washington Post, CNN and National Public Radio.
“This year’s winners offer a breathtaking display of what global journalists do — day in and day out,” Overseas Press Club of America President Paula Dwyer said in a statement.

“Informing readers is our job. Exposing injustice is our duty. The challenge is to do it in a way that will have an impact on the reader.
I want to thank the Overseas Press Club for their dedication to these principles and for this tremendous recognition. I am truly grateful.”
Ramirez has previously won two Pulitzer Prizes and three Sigma Delta Chi awards.
He and other winners will be honored at a dinner on April 21 in New York.
Published by Bado at 6:48 PM