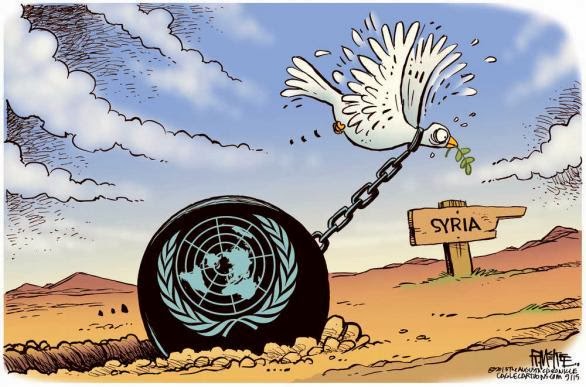 McKee is the third American to win the The United Nations/Ranan Lurie Political Cartoon Award and its $10,000 prize. This is the ninth year for the award, named for Lurie, a syndicated political cartoonist who worked for The Wall Street Journal, Newsweek, The Times of London and Life magazine.

The U.N. awarded three places and cited nine honorable mention for cartoons that reflect “the spirit and the principles of the United Nations.”

McKee said he was pleased the judges gave first place to a cartoon that criticized the organization.

“I think the judges are to be commended for that,” McKee said. “It shows that they are serious about awarding good work.”

McKee finished in second place in 2011 and was given a citation for excellence last year.

(Editor's note: a cartoon of mine received an honourable mention)