B. Kliban cartoons on the web

Charley Parker in Lines and Colors. 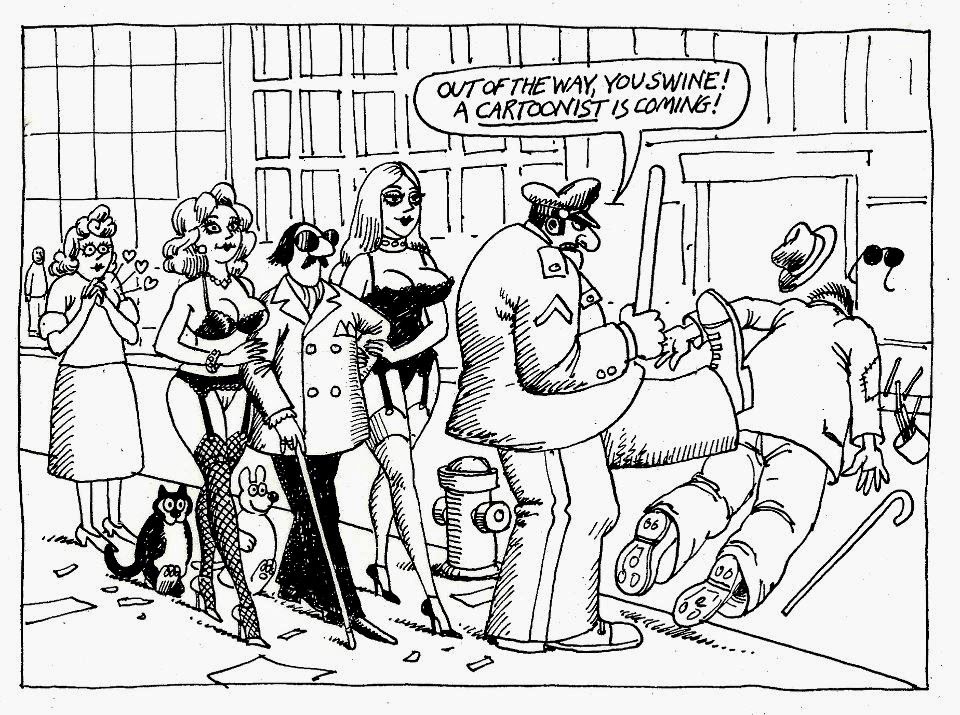 Much to my delight, and considerable surprise, GoComics, the online repository of newspaper comics from both Universal and United Media syndicates, has been placing online the wonderfully off-kilter and reality-warping cartoons of B. Kliban.

If you’re not familiar with Kliban, it’s worth noting that The Far Side’s Gary Larson, Bizzarro’s Dan Piraro, the New Yorker’s Jack Ziegler, and other cartoonists who mine the veins of absurdist cartoon humor, owe much to the legacy of B. Kliban (as Kliban, in turn, owes a good deal to Saul Steinberg). 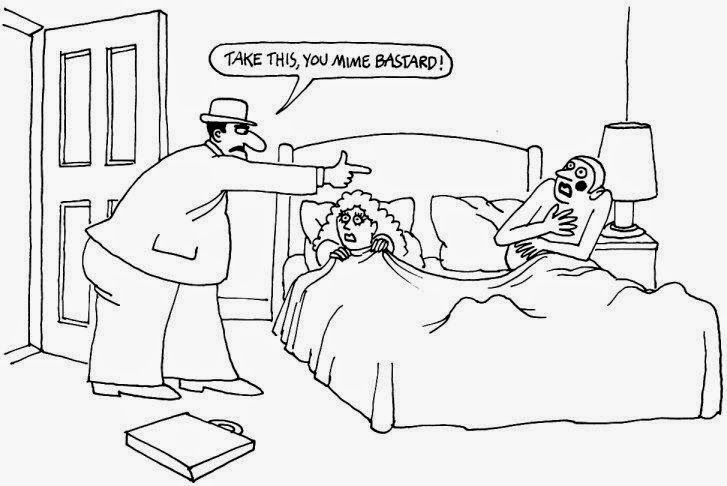 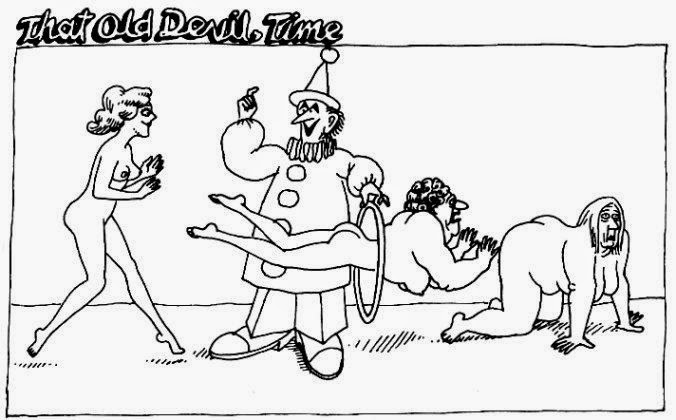 I’ll be the first to suggest that Kliban is not everyone’s cup of tea — there are times he can leave even dedicated Kliban aficionados scratching their heads — but for those of us who find delight in his tilted vision, terrible (wonderful) puns, surreal non-sequiturs and brain-stopping inversions of the normal, this is good news indeed, particularly as his publisher has long let most of his collections of drawings (they’re not always “cartoons”) languish out of print.

There is a GoComics archive of Kliban drawings from his collections (as well as some not in the collections, drawn from other sources), and a separate archive of his cat drawings, which have found a more mainstream audience. 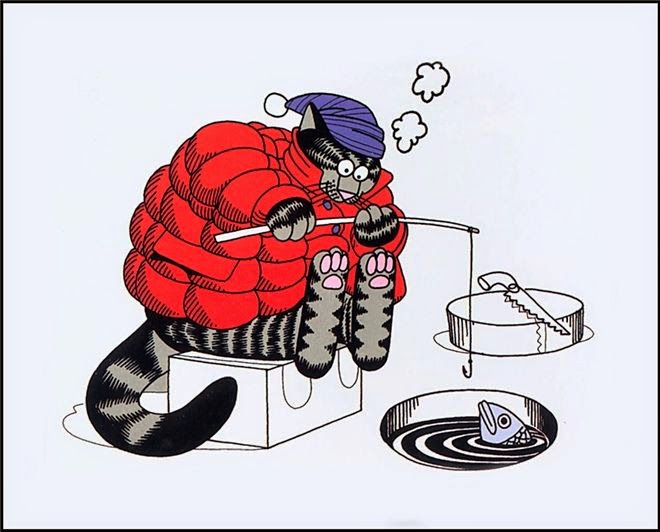 GoComics is adding three drawings a week. I don’t know how long this will go on, as they must have a couple of hundred online already; and there are — sadly — a finite number of B. Kliban drawings in the world.

Among them are some of my all time favorite cartoons by anyone, including the one shown above, which I’ve had on my bulletin board at various times since I was in my 20s.

For more (and another of my favorite cartoons), see my previous post on B. Kliban.