In the middle of the park stands a fairytale castle left intentionally incomplete and derelict. In front, above a pond more like a swamp, stands a statue of the Little Mermaid with barely recognizable features.

Even Cinderella is not spared and suffers a tragic fate reminiscent of Princess Diana: she lies on an overturned carriage with paparazzi flocking to take photos. 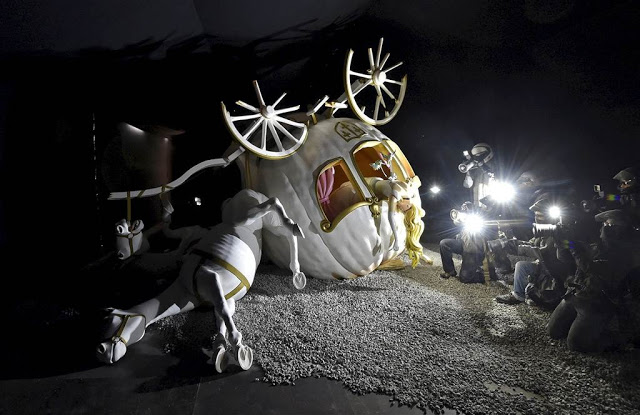 Dismaland, which will remain open for six weeks at an entry price of three pounds, is a unique experience for art lovers, but is "good for small children", as stated by the English artist, who stressed that inside has been banished any image of Mickey Mouse.

Again Banksy managed to maintain until the end a certain aura of secrecy, a characteristic that made him famous and that intrigues his fans around the world. 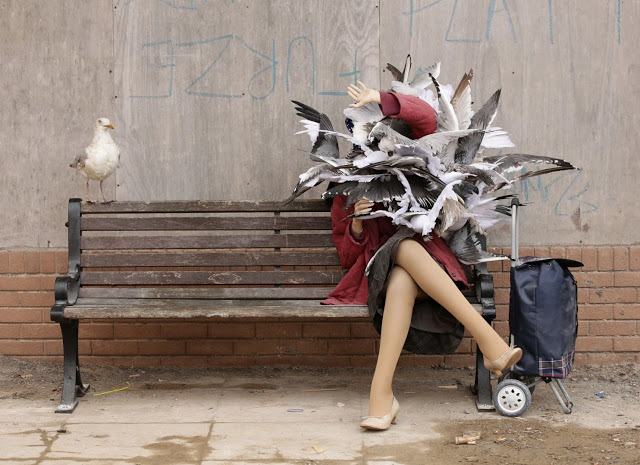 To ward off the curious, people were told that the park was a Hollywood movie set and a casting for extras had also been organized.

But instead of finding themselves between takes and cameras those who responded to the ad became the guides within Dismaland, with the recommendation to appear depressed and unhelpful. 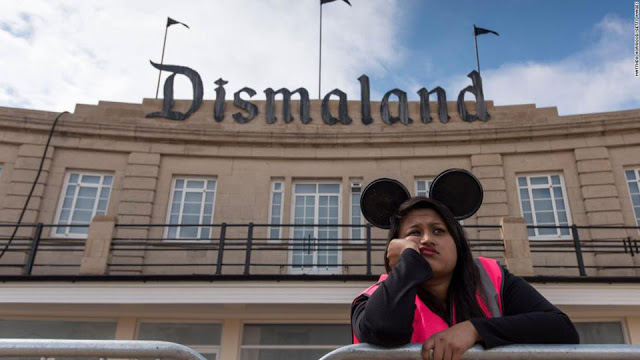 I'm not going to Dismaland by Rebecca Mead in The New Yorker.
Published by Bado at 1:46 AM