Born in London to design royalty, his father Serge was a Russian-born industrial designer, author, and architect of the De La Warr Pavilion (with Erich Mendelsohn).

Ivan was brought to the United States as young boy in 1940 (along with his brother Peter, the co-founder of Cambridge Seven Associates) and raised in an intellectually exciting world of artists, architects, designers and intellectuals.

He claimed to have attended 24 schools, a dozen of which he had no “memory of whatsoever and another dozen (which) had no effect on me.”

He finally graduated from Yale, but in a recorded interview he asserted it took him “7 years to recover from his education and he would have better studied chemistry” in preparation for being a designer as it would have taught him “discipline.”

He rejected the idea of being an architect who “work on things that take a long time, and often fail because of lack of funding or whatever reason…With graphic design there is the advantage that 99 percent of what we do is produced” and he loved seeing his logos “quickly posted all over town.”

His firm Chermayeff & Geismar (joined in 2006 by Sagi Haviv) practically defined the image of corporate America and they designed logos for Pan Am, Mobile Oil, Chase Bank, Xerox, NBC, State Farm Insurance, Hearst Corporation Showtime and many others.

He is also credited with designing the red number nine sculpture at 9 West 57th Street in New York City. 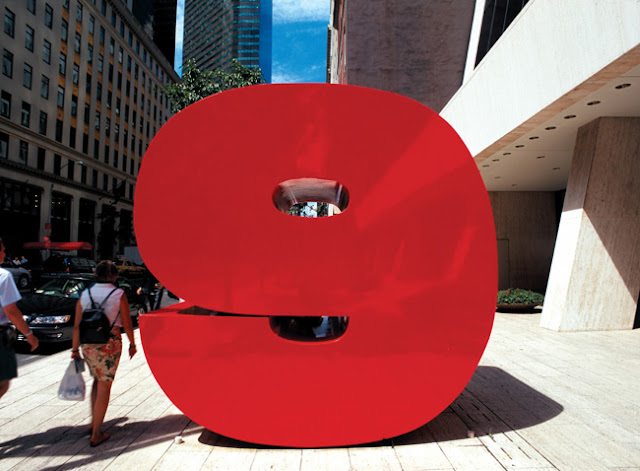 Chermayeff believed that “design is really common sense any kind of imagery that communicates is valid.”

One ends up, he quipped “stealing from many minds,” and that his great design source was “to ask belligerent questions.”

When someone presents you with a problem its important is to find out “if the problem you are presented is the real problem.” Often, he believed “it is not.”

He served as president of the American Institute of Graphic Arts (AIGA) and his firm received the AIGA Medal for graphic design and visual communication in 1979.

They were honored for “the clarity and organization of their graphics systems, and for their pursuit of consistent details that work at every size and scale to solve the problems of multilingual programs.”