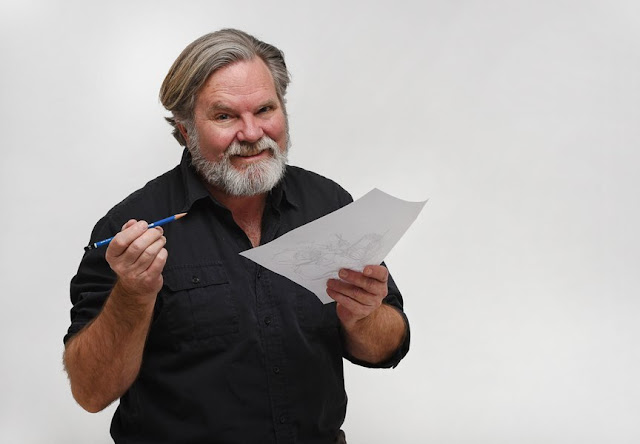 “If you’re the subject of a Bagley cartoon, you must be doing something right,” said former Rep. Jason Chaffetz, a Republican who represented Utah’s 3rd District from 2009 to 2017, and now is a contributor to Fox News.

Salt Lake City Mayor Jackie Biskupski said, “You know you’ve made it if you have a Bagley.”


“He can be tough, but unless you’re doing something truly awful, he’s not mean,” said Jackie Biskupski, who will end her term as Salt Lake City’s mayor in January. “He definitely understands this culture and the unique political system we have here.”

One of Biskupski’s predecessors, Rocky Anderson, said, “even when Pat takes a swing at me, I have chuckled at and admired the way he does it.” 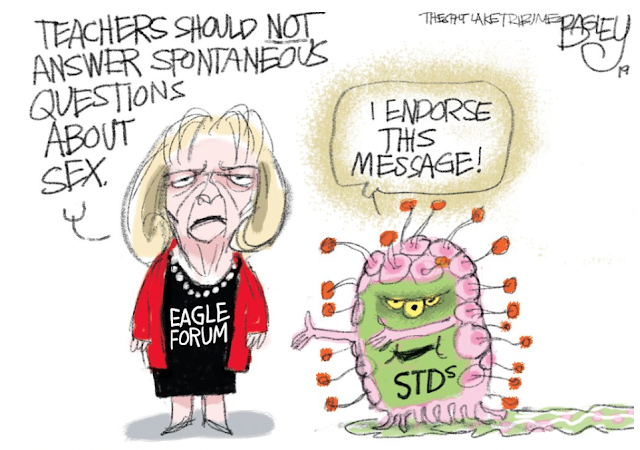 “If it’s going to happen, I’d rather have it be Pat, because he’s good,” said Gayle Ruzicka, a longtime champion of conservative issues as president of the Utah Eagle Forum. “He’s got a great sense of humor.”

One example of Bagley’s humor, Chaffetz discovered, came just after the congressman’s arrival in Washington — because of Chaffetz’s famous habit of sleeping on a cot in his office.

“He would draw me wearing onesie pajamas, carrying a blankie, with my curly hair,” Chaffetz recalled. “My kids thought it was the funniest thing.”

Other times, Chaffetz has been less amused. He bristles at the thought of one cartoon from 2017, shortly before Chaffetz left Congress for Fox, that shows him applying lipstick to President Donald Trump, who is drawn with piglike features. “It ticked me off,” Chaffetz said. 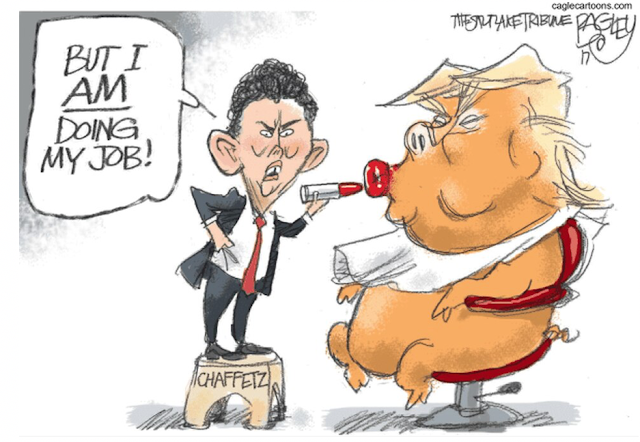 Chaffetz remains impressed at how Bagley drew his curly hair. “He does hair about as well as anybody,” Chaffetz said.

Biskupski remarked on how Bagley captured her trademark blonde frizz. The first time Biskupski appeared in a Bagley cartoon, she said, was in 2010, when she was a state legislator, “where I was holding Jesus Christ while Republican legislators were questioning my morals.”

The cartoon, she said, was calling out “the hypocrisy of some legislators who even at that time, ignored my record of trying to help marginalized people, and instead questioned my worth based on my sexuality.” (Biskupski is a lesbian.)

“He put me in a skirt,” Biskupski noted, which is odd because it’s not her usual wardrobe. “I only wore a skirt one time as a legislator, and that’s when I went to speak to leadership about an anti-adoption bill they were running. I thought would help,” she said.

McAdams said his friends called him “the boy mayor” when he was Salt Lake County mayor, before winning his House seat in 2018, “and Pat made me look about 15 years old.”

For Matheson, it was all in the face. “He exaggerated the eyes, he made them look big. But I thought it worked,” Matheson said. “My wife said, ‘Well, he figured out your chin.’ I never noticed my chin before. … He always made me look pretty slim. I always appreciated that. I don’t know if it was accurate or not, but I’ll take it.”

“I’m glad I was in good physical shape when he drew me,” Anderson said, though he did have one complaint: “What’s with the pointy nose?”

Anderson’s first appearance in a Bagley cartoon was in 1996, when he ran for Congress, won the Democratic primary and faced Republican Merrill Cook in the general election. The cartoon depicted Anderson carrying several suitcases, labeled “liberal baggage.”

Though Anderson disagreed with the sentiment — “I’d have preferred something that would encourage more progressive people to run for office,” he said — he treasured it. “I framed that cartoon, as I have almost all the others,” Anderson said.

Anderson’s favorite, he said, ran after Anderson won his first term as mayor in 1999. It showed him in a Rocky Balboa pose, with one glove labeled “liberalism.” The caption read: “He’s got a nasty left.”

Matheson said he has one cartoon framed, from 2008, when Matheson advocated for the excavation of oil shale. The cartoon showed Matheson pulling up to a gas station, and the attendant, wielding a shovel, asking, “What’ll it be today — regular, premium, or extra crunchy?” 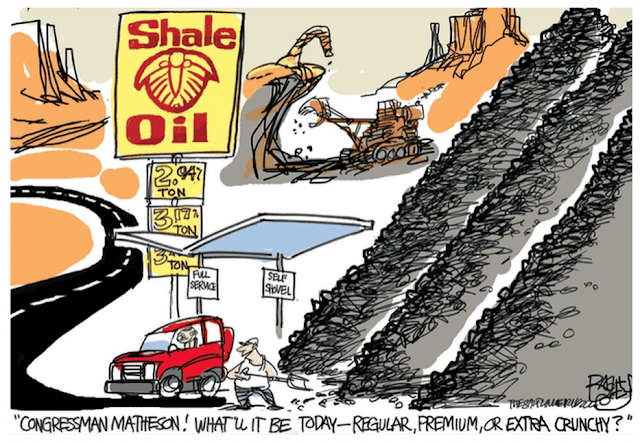 Ruzicka remembered one time when Bagley depicted her — because of her habit of knitting while in the Utah legislative galleries — as Madame Defarge, the character in Charles Dickens’ “A Tale of Two Cities” who knitted the names of aristocrats she aimed to send to the guillotine.

Bagley repeated the Defarge idea when he included Ruzicka in a mural of the 10 most influential people in Utah history, which he created at Salt Lake City’s The Leonardo in 2014. Ruzicka was flattered, she said, “that he thought the things that I did were important enough [for me] to be up there.” 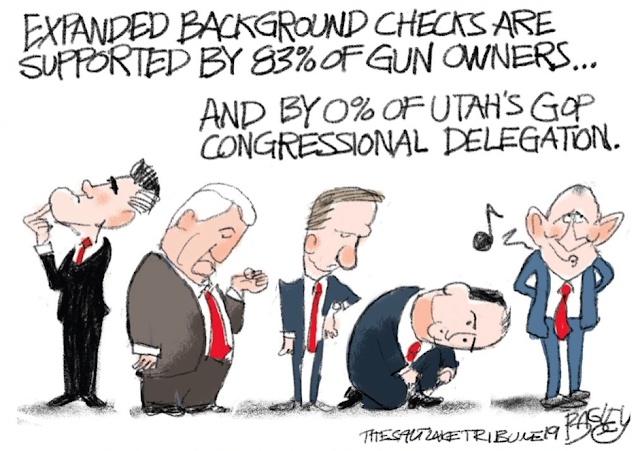 McAdams once had a Bagley cartoon framed, and he’s not even in it. Near the end of the 2012 campaign, when McAdams was running for Salt Lake County mayor, Bagley mocked a poll The Tribune ran that showed McAdams 10 points down.

The poll, McAdams said, was “horribly off,” and “I ended up winning by 10 points, but had to live through four long days of suspense before the votes were cast and counted.” McAdams put the framed cartoon in a prominent place in his mayoral office.

Chaffetz said that Bagley helps Utah politicians and power brokers take themselves a bit less seriously. “You better be able to laugh at yourself, or not turn the page to that part of the paper,” he said. 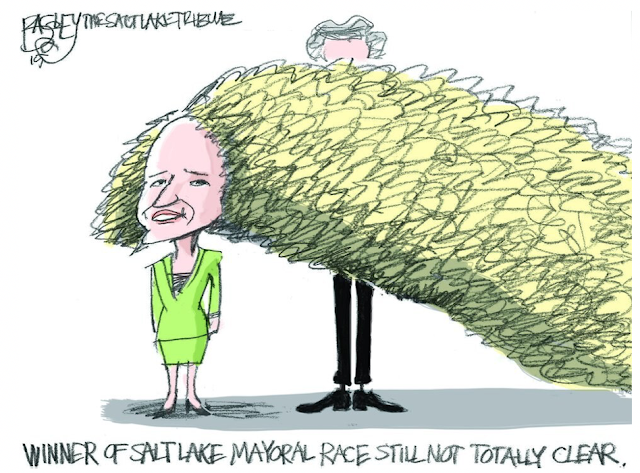 Biskupski said Bagley drew a cartoon marking her winning the mayoral race in 2015 — her curly hair covering the face of her predecessor, Ralph Becker — and Bagley sent her a signed copy.