Last night in Ottawa, Brian Gable of The Globe & Mail took home his sixth NNA for drawings on subjects as diverse as American politics and the rise of a tech-savvy generation with little knowledge of books. In one memorable take on the role-reversal of Toronto and Calgary’s mayoral races, he depicted a boat-load of elite Easterners fleeing Rob Ford country for the sanctuary of the Naheed Nenshi-run Alberta city.
The finalists were Montrealers Terry Mosher (Aislin) of The Gazette and Serge Chapleau of La Presse. 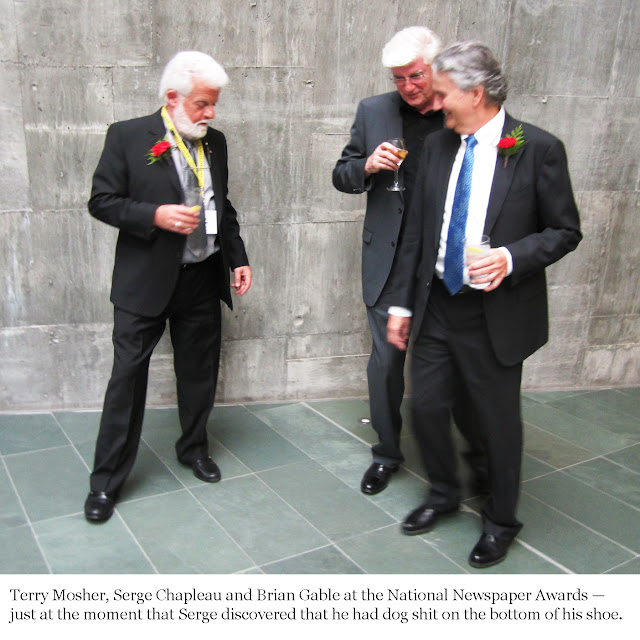