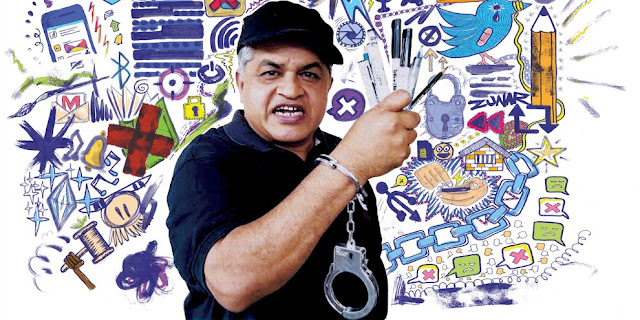 The government of Malaysia does not find Zunar’s drawings amusing. But his satirical cartoons denouncing official corruption and electoral fraud have made him a widely known figure in the country and abroad. He is waging a high-profile war against Prime Minister Najib Razak, despite authorities’ efforts to ban his work.

Zunar, 53, faces nine sedition charges over a series of tweets he posted last February criticising the controversial court ruling that saw opposition leader Anwar Ibrahim sentenced to five years in prison. Zunar is currently free on bail, but faces the possibility of up to 43 years in jail. “In Malaysia, they treat me as a criminal,” he says. 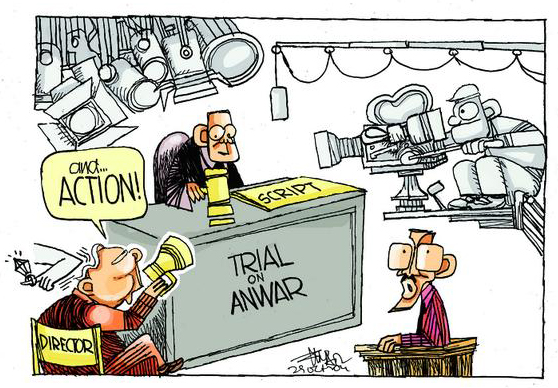 Since gaining independence from Britain in 1957, Malaysia has been ruled by the same coalition, now known as Barisan Nasional, which has proven unbeatable in successive elections. The government has used a wide array of laws to suppress freedom of speech, silencing and marginalising opposition.

After Najib was appointed prime minister in April 2009, he raised hopes by announcing the lifting of a ban on two opposition newspapers, arguing that Malaysia needs “media that can report responsibly what they see without fear of the consequences”. He also freed 13 people who had been detained under the infamous and controversial Internal Security Act, promising to review this and other repressive laws.

But the 2013 elections delivered Barisan Nasional its worst poll results in history, reflecting growing discontent among the population. The government’s response was to ban peaceful demonstrations, close websites and arrest critics such as Zunar. Since then, the space for dissent in Malaysia has quickly shrunk, generating a culture of fear.

Zunar has spent recent months travelling abroad denouncing the government’s repression. “I strongly believe that my talent is not a gift. I have the responsibility as a cartoonist to give a message to the people and make them understand the problems we face in Malaysia. Responsibility is bigger than fear. That makes me keep going,” he says with conviction.