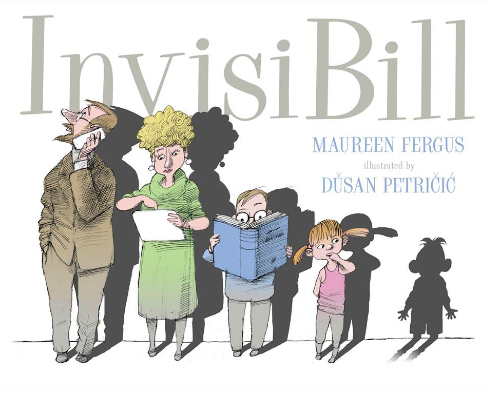 
Recently, Serbian Prime Minster Aleksandar Vucic has been a frequent subject of Petricic's acerbic satire -- and he strongly suspects that that is the source of his troubles.

In an interview with RFE/RL in Belgrade, Petričić said he believes the decision to fire him came from the very top, from the prime minister himself.

"I have no proof of this, but I am convinced that the editor in chief [of Politika] has been getting calls, whether from the head [Vucic] or those around him. I know that they've been upset for a long time over the fact that this is being printed," he said, referring to his cartoons lampooning Vucic.

Petričić said that his dismissal could have been the initiative of the newspaper's editor, Zarko Rakic, who he said is a supporter of Vucic's Serbian Progressive Party (SNS), but added that "if he wanted to remove me he would have done so at the beginning." Rakic took over the post a few months ago.

The next day, in response to a question from Insajder.net, Vucic's office said that it had learned about Petricic's dismissal from media reports.

"They are evidence of the strength of [Serbian] democracy, and…demonstrate that even those with the strongest aversion to the government, and with a personal hatred of the prime minister, should be given space to work, as they have been until now."

Almost immediately following this public granting of permission for Politika to continue publishing Petričić's work, Rakic announced that the cartoonist had been reinstated even though he was "sometimes late with his submissions."

The Politika editor also suggested that Petričić was too expensive, but that he would take him back anyway.

This sudden and slightly farcical about-turn does nothing to allay suspicions that the decision to dispense with Petričić was politically motivated. No one was more surprised at the newspaper's attempt to backtrack than Petričić himself, although he was equally quick to insist that his fate would not be decided by the Politika editor or the prime minister:

"Any future arrangement depends on me, too," Petričić said.

He promptly accepted a rival offer from the established Belgrade weekly NIN. The most recent issue of the magazine carries a cartoon that had been rejected by Politika, alongside a new contribution by Petričić.

"The cartoonist's job is to criticize and to satirize those in power. There is no such thing as a cartoon that is too harsh. Its harshness is always a measure of the impropriety that the government is engaged in." said Petričić, who will have an entire page in NIN dedicated to his cartoons from now on. 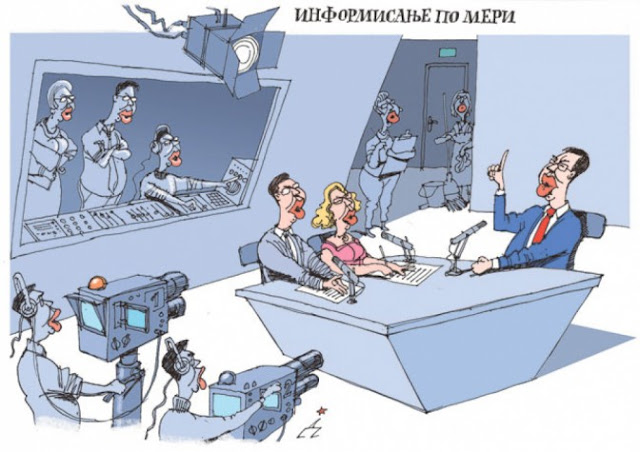 One of Petričić's drawings portrays his view of what an ideal TV program would look like in the eyes of Vucic -- with Vucic in the role of interviewer, interviewee, cameraman, and producer.
Published by Bado at 6:54 AM