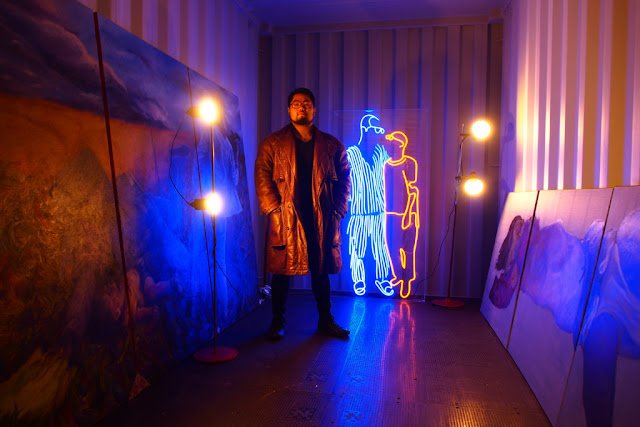 In recognition of his bold defiance and courageous decision to remove the literal mask of anonymity under which he has worked for a decade, Cartoonists Rights Network International bestows its award for 2019 to the Chinese dissident, campaigner and visual artist Badiucao.

Earlier this year we wrote about China’s Artful Dissident, the documentary film made by Danny Ben-Moshe and broadcast on ABC in Australia, which covers the period prior to Badiucao’s first major exhibition of work in Hong Kong.

The show was set to proceed in November last year but was cancelled at the last moment when it became apparent that Badiucao’s family in China were being harassed by police. This meant that the CCP had successfully discerned Badiucao’s true identity and led to many months in which the artist withdrew completely from public life.

In April 2019 China’s Artful Dissident aired with a coda in which Badiucao removed his mask. This heralded his return to artistic practice and was soon followed with a number of public artworks as well as online cartoons to mark the 30th anniversary of the Tiananmen Square massacre.

Since then, the whole world’s attention has been galvanised by the massive public protests in Hong Kong over extradition to China, and the horrifying brutality with which police – and, apparently, organised criminals – have cracked down on demonstrators. 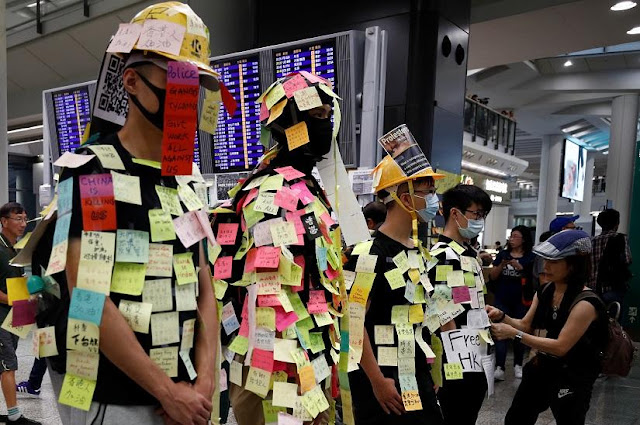 Badiucao has been energised by the campaign and created cartoon after cartoon, variously inspired by the “Lennon Wall”, the accoutrements that protestors have carried with them to protect themselves from tear gas and other crowd control measures, and most of all the persona of the city’s chief executive Carrie Lam.

Lam recently announced the controversial bill on extradition that sparked the unrest will be fully abandoned from consideration.

Like an increasing number of cartoonists from whom we receive testimony, Badiucao has had cause to complain about his work being removed from social media for supposed violations of rules pertaining to content while at the same time receiving threats of violence via those same platforms.

The number of abusive messages aimed at Badiucao have spiked this year, perhaps unsurprisingly given his higher profile.

Badiucao has also been actively engaged in the debate that has arisen in his adopted nation of Australia, where visiting Chinese students in particular have clashed with those expressing their solidarity with the protesters in Hong Kong.

He has publicly asked Twitter to add a “Tank Man” emoji to their platform in time for next year’s Tiananmen anniversary and most recently unveiled a flag design inspired by the post-it note covered “Lennon Wall”, intended to express a clean break with the past and the hope of a democratic Hong Kong. 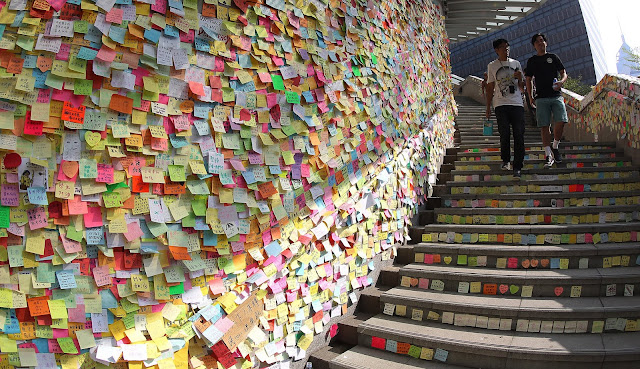 Badiucao will receive the Courage in Cartooning Award later this year.
Published by Bado at 12:00 AM