A Cartoon Collection by Harry Bliss and Steve Martin 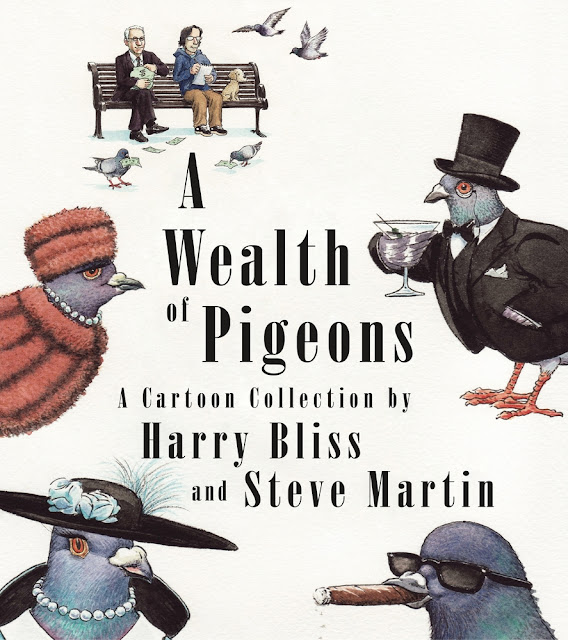 Entertainer Steve Martin has joined forces with New Yorker cartoonist Harry Bliss and will be collaborating on the syndicated “Bliss” cartoon panel indefinitely.
Steve shared caption and cartoon ideas, Harry provided artwork, and together they have created A Wealth of Pigeons, a collection of humorous cartoons and comic strips, with amusing commentary about their collaboration throughout.

Martin has been part of the American entertainment scene for decades, coming to fame as a comedian in the 1970s and earning acclaim as an actor, writer and musician. 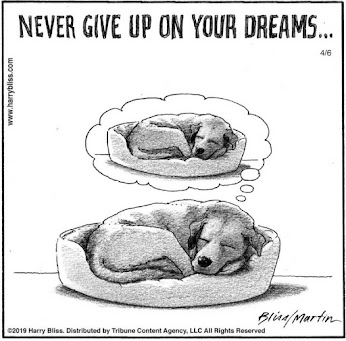 I have done stand-up, sketches, movies, monologues, awards show introductions, sound bites, blurbs, talk show appearances, and tweets, but the idea of a one-panel image with or without a caption mystified me. 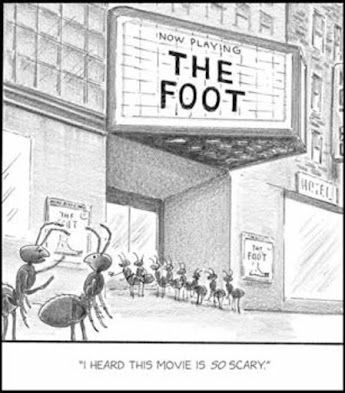 Bliss is a staff cartoonist for The New Yorker and an award-winning author/illustrator of children’s books.

“The collaboration with Steve came about when my cover editor at the New Yorker was having dinner with him and he mentioned he had a couple cartoon ideas.

“My editor mentioned my name, and Steve, as it turned out, is a fan of my work. Since then, Steve has been sending me cartoon ideas regularly, almost every day, and we go back and forth to tweak them.

The whole process of working with him is a blast. We have no ego, we simply want to be funny.”