Donald Trump’s presidency is in its last gasps, but photographs taken during Wednesday’s insurrection at the U.S. Capitol will remain a visceral reminder of how hard he tried to fight reality.
Leah Millis, a senior photographer for Reuters, was one of the journalists capturing events on the ground.
She took over 1,000 photos that day, including a striking shot of the Capitol’s exterior.
At dusk, a police flash-bang munition went off, casting a warm orange glow on the facade and silhouetting rioters with unfurled Trump flags on the platform below—the same platform used for inaugurations.
At that moment, Millis clicked her shutter.
While much of the world watched events unfold in front of Twitter feeds and TV screens, photographers went to work.
Andrew Harnik of the Associated Press captured officers with their guns drawn at the doors of the House Chamber. Win McNamee, chief news photographer for Getty Images, captured one rioter repelling from the Senate Chamber balcony and one looter who was so comfortable that he turned and smiled for the camera as he walked off with a podium. 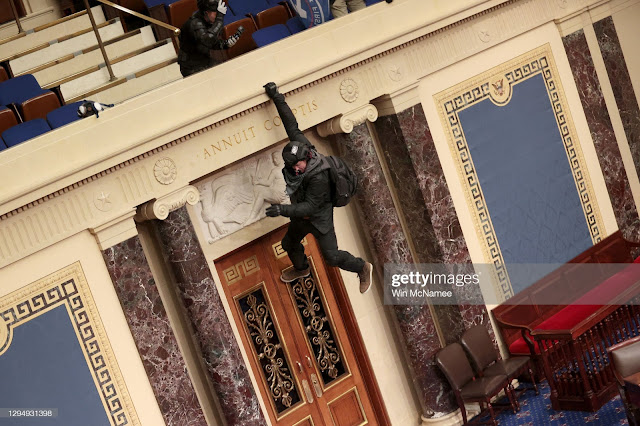 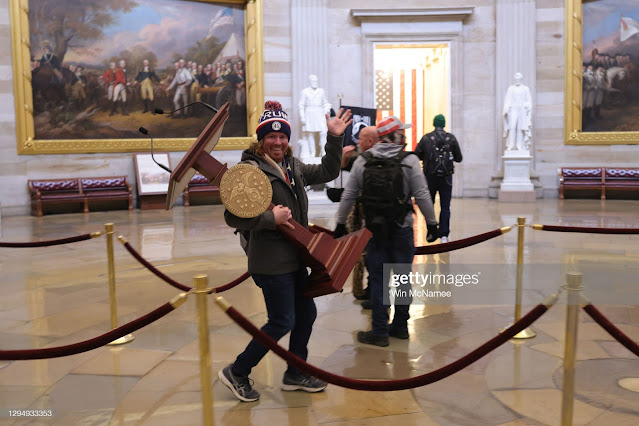 Saul Loeb of Agence France-Presse photographed a man who put his feet up on House Speaker Nancy Pelosi’s desk. 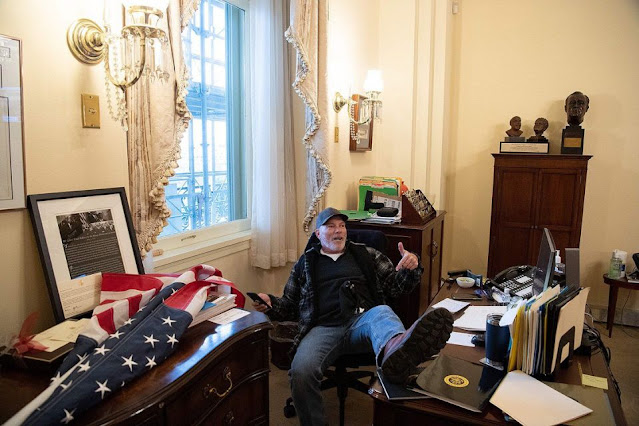